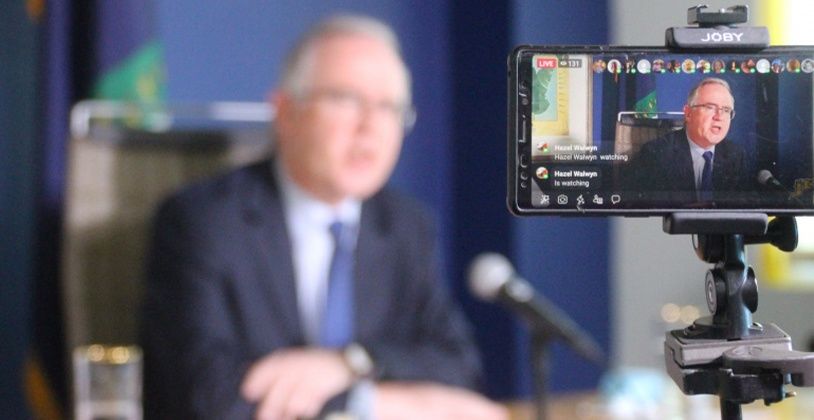 Governor John Rankin said he was appalled when he witnessed Cabinet disregarding the advice of the Immigration Board and granted a certificate of residency to someone with a criminal rap sheet earlier this year.
Counsel to the CoI, Mr. Bilal Rawat stated during the Governor’s appearance before the Commission of Inquiry (CoI) on Tuesday, October 19, that the matter involved a memorandum on the 13th of May 2021 from the Ministry of Natural Resources, Labour and Immigration, labelled Applications for Certificates for Resident Status.

“It is dealing with applications which were done under the standard procedure. We’ve heard about the Fast-Track programme, which was in 2019, but this is one where the Board of Immigration was still in play,” Mr. Rawat said.

Notably, during the Fast-Track Programme in 2019, the Immigration Board was not involved in the process, and during that time, consideration for Belongership was given to a convicted rapist. The Government has received immense backlash on the matter, which was only brought to light in September of this year during the CoI.

Mr. Rawat told the Governor that the particular document was redacted and that he should take care not to mention names or details including the offence.

“What was said was an applicant was not recommended, the board recognized that although that person had resided in the territory for over 20 years, a criminal record exists, and the offences are set out. And then it said a stipulated section 18. 1A, “a person receiving a Certificate of Residence should be of good character, and therefore this person should not hold any criminal record within the territory.”

Governor Rankin confirmed that he chaired that Cabinet meeting, and Mr. Rawat inquired from him what was his position on the matter.

The Governor replied: “I was appalled by the decision that was reached. The Board of Immigration had made a clear recommendation that a certificate of residence should not be granted in this instance. Without going into detail, one of the offences was not a minor offence, and I made it very clear in Cabinet my view that in light of that offence and the recommendation of the Board of Immigration that a certificate of residency should not be granted but Cabinet took a different view.”

He reiterated that he can only advise and caution Cabinet “I thought it was a very poor decision indeed because it was contrary to the criteria which would normally be applied by the Board of Immigration.”

In his view, he said, that individual was not of good character.

According to Mr. Rawat, it was his understanding based on the documents from Cabinet that Cabinet wanted to give that person a second chance, echoing the words of Minister for Natural Resources, Labour and Immigration Hon. Vincent Wheatley, during his testimony before the CoI, in defence of Cabinet’s decision for considering the convicted rapist for Belongership.
#Commission of Inquiry  #John Rankin  #CoI