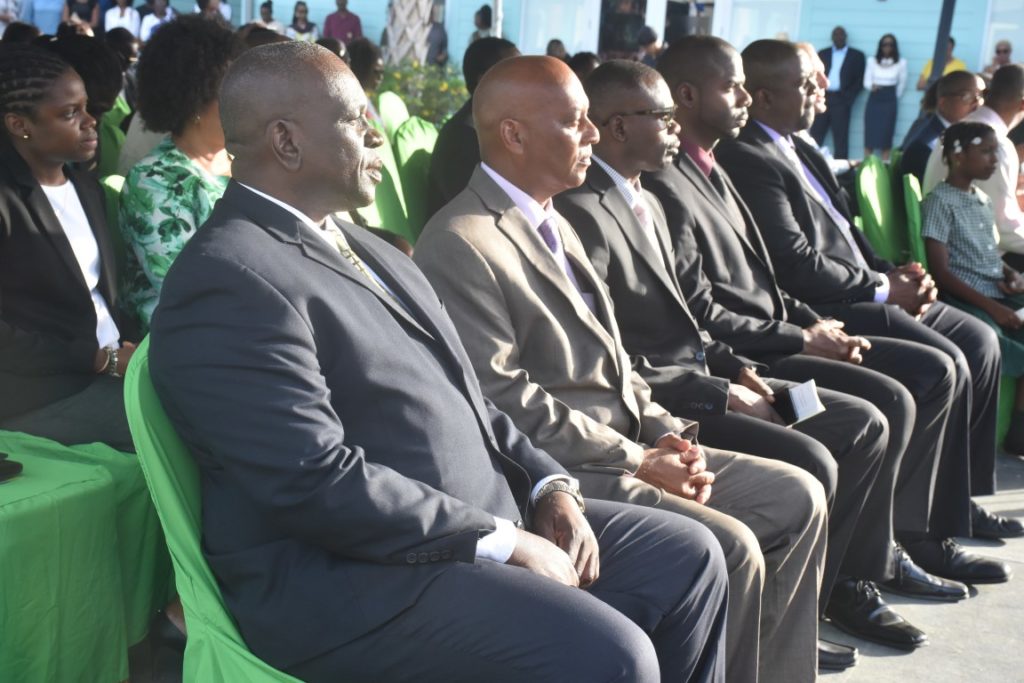 This accusation came from Governor John Rankin who was invited last month to write to the Commission of Inquiry (COI) stating his position on what is ‘good governance’.

Among other things, the COI also asked that he list the strengths and weaknesses of the system; and that is when the governor made some damning revelations.

“There have been a number of occasions on which Cabinet has agreed to waive tenders in awarding contracts which, in my view, have not involved “exceptional circumstances” justifying departure from the general procedures under the Public Finance Management Act,” said Governor Rankin who chairs Cabinet meetings but does not have a vote.

He said that on other occasions, it was not clear that contracts had been awarded under “any proper procedure or with any cost-benefit analysis being done”.

As an example, he pointed to the EZ shipping radar contract which he said was, to the best of his knowledge, was not agreed to by either the Joint Task Force or by the National Security Council before the deal was signed.

Some Cabinet mechanisms not working well

One of the most critical areas of focus in the governor’s position statement was the issue of Cabinet and its mechanisms.

According to Governor Rankin, his experience of Cabinet in terms of proper decision-making is mixed.

The governor explained that in almost all Cabinet meetings he has chaired to date, a number of papers including on important issues such as the COVID-19 response, have been submitted late. This is, he said, is contrary to the Cabinet Handbook, papers should be presented at least two days in advance to give members of Cabinet adequate time to consider proposals on which they are asked to make decisions.

“It is clear that some ministers have not been able to fully read them in advance of Cabinet, meaning that decisions are taken other than on a fully informed basis,” the Governor stated.

Turning his attention to the issue of appointments made by Cabinet, Governor Rankin said he felt there were a number of occasions when, in his view, it was “doubtful whether the selected candidate has the requisite qualifications for the job and/or where the political connections of the individual lead to a concern that the individual may have been selected for inappropriate reasons”.

The governor also shared his insight into several other areas he felt needed to be addressed and be strengthened. In so doing, he said there are also a number of individuals who sit on several different public boards, with a risk of potential conflict.

He said all candidates for selection to boards and statutory bodies should be required to declare any potential conflict of interest as should those responsible for appointing them, including in instances where candidates are family members or business associates.

In stating his position surrounding standards of governance, law enforcement and justice, The governor had drawn on his experiences not only in the BVI but also in other jurisdictions, such as the United Kingdom, the United States and his service as governor of Bermuda, a fellow British Overseas Territory.