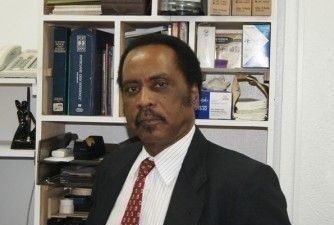 Not All We See Is All There Is: As always, this Truth is for the Youth because the Elders appear not to care about Facts and Today’s Drain on Tomorrow’s Supplies come from Entitlements and Retirements… Governments still make deals to pay Monies we do not possess for Work not being done and Politicians have so confused Privileges with Rights that the Authority of Visitors vastly outpaces the Rights of Local BV-Islanders.

Consequently, things are not what they seem or what we traditionally accept them to be, and much now depends on Personality & Circumstance… Subsequently, the Headline, “When your Country is Stolen” may mean nothing to you, whereas it reminds me of post-apartheid South Africa and worries me when considering the UK’s need for a Commission of Inquiry to address our past and present Corruption.

As a result, it is easy to feel as if our Country was and is being stolen away from us and, Covid-19 may have highlighted the process as we learn the hard way, that, not all that goes up comes down… Even, with our intense Vaccine Pushing, the Cost-of-Living has jumped beyond the affordability of the Common Man as Businesses close, Jobs are locked down and the costs of Foods and Supplies skyrocket.

We now live in the Era of Technology & Information where, Numerical 1+1 = 2, is replaced by Computer Binary Math, where 1+1 = 10. However, Bad News still spread like Wildfire so some are beginning to panic and lose hope as National Productivity and prospects of a return to sustainable Work fade - The only ones seeming to feel no pain & suffering may be some Senior Civil Servants and Politicians.

They seem contented accessing the People’s Life’s Savings for their personal & political Agendas; even as, Parents are begging for Help as their Children’s Bellies bawl from Hunger… We are treated like Plantation Slaves with Master’s Doctrines of lies, dictating our every move – We are commanded not to worry because ample doses of Free Vaccines and BVI/Love will quell all Hunger and make things right.

Who is to be Blamed? Politicians or Civil Servants?

We feel forced to join the Feelgood Ride and to bring our friends on board… The Ferry leaves the Dock and we console ourselves but on reaching mid-stream; the Motor stalls and we are out of Fuel but, we find ourselves well stocked with Kerosene; except our Engines run on Gasoline… Joy reverts to Sorrow & Fear as Seas grow rougher and Winds blow harder - Desperation is setting in and the Panic is back.

Passengers have been reduced from proud Owners to anxious Beggars; hoping against hope that our Captains know the difference between Rocks and Passage and we won’t have to pay the price for their mistakes… Often this is too late - we have been bought and sold; forced to bend & bow & scrape low enough in order to get a Band-Aid for efforts… To many of us, this is the same as losing our Country.

I wonder if Government ever considered how many Law-abiding Businesses are being destroyed by the actions of their Health, Immigration, and Labour Ministries & Departments... Actions come with Consequences and this consequence of mistakes can mean the death of both hosts and parasites Too often, Governments are deaf & heavy-handed at times when we need a listening ear & light touch.

Both the BVI and UK Governments are now talking of changing their ways and easing some of the unreasonable rules they have imposed on the Peoples… However, seeing is believing but they are not really showing; when, where and even, how they will compensate for all the damage they have done… Talk is cheap and Experience shows that Promises are easy to make and just as easy to break.

Be careful before believing all the noise… Fact is - We are deep in a Pandemic in which we are losing Properties, Opportunities, Monies, and Lives - The most important thing is Health & Medical Care and for that, we need Services to provide Testing and Treatment… Unfortunately, Labour Department has consistently blocked a Repairman from functioning for a single day to repair Life Saving Equipment.

However, it seems not to matter to these Leaders provided they benefit and traditions to distort History and fool our Youth, by putting their names on Buildings and Monuments, continue - They should know, we are not that stupid… We have seen and felt how the Pain worsens when it appears that our Leaders and our Civil Servants are more interested in Power and fattening themselves while victimizing others.

Meanwhile, the more we are separated from Truth, the more difficult it is to help ourselves and others… Rescue becomes increasingly difficult as it becomes a game at the expense of the People; with both sides finding pleasure in making the other look like Fools… Luckily, this is the Information Era and we can reason whether it is Ministers, Civil Servants or both being accountable for damages being done.

Bear in mind, we all make mistakes but when our Actions are deliberate, persistent, and repeated, these are as dangerous as Covid-19… I have seen such instances where Seniors at Labour, Immigration and Health, knowingly put the Lives of our People at Risk; even after the seriousness had been explained to them… Now you may say that Ministers are ultimately responsible or, perhaps, no one really cares.

Long Over Due Cleaning up of the Civil Service:

We may even hope that help would come from the Mother Country but that’s unlikely… Her own social and financial calamities have grown to such a level that she is desperate to save herself by breaking her own long-established laws and regulations… Slavery is no longer a Revenue Source so they are forced to assess all Financial Burdens being imposed on their Tax Payers – Besides they gave us the Vaccine.

They recognize Senior Civil Servants as part of their problem so, a first step is assessing their quantity and quality… We always hear of our own Senior Civil Servants being the cause of Problems within Departments and Ministries and while all may not be guilty, it is no secret that Health, Immigration, and Labour are among the worst in affecting our lives – Whenever they squeeze the Balls, we feel the pain.

Sometimes we think they hear our cries and see the writing on the wall for, sometimes, we see little kneejerk reactions that appear intended to pacify those that may whimper the loudest… However, UK’s move may have emboldened them enough to hint at laying off Civil Servants rather than first reducing their own Salaries & Allowances or not increasing our Taxes and their Personal Financial Parachutes.

They should have always known that the Civil Service they created and continue to bloat, was too big a burden on our empty pockets and broken backs - Something must reduce the strain… Then again, maybe, they also know that things are going wrong and, this is their way of securing a soft landing for themselves, after the Crash, and it should surprise no one if they talk of ‘last term’ & ‘not running again’.

To finally acknowledge the evident wrong may be good but prevention is still better than cure, and in reality, BVI Politicians have minimal control over our Civil Servants… While Premiers can fire & hire any & all Ministers, the most they can do to Civil Servants, is apply suggestive pressure on their real Controllers who have always been, the Governor, Deputy Governor and Public Service Commission.

Subsequently, because they cannot actually fire Civil Servants, their best political quick fix is to have them sent on ‘long leave and early retirement or shifted from post to post’ like Goats on a Desert… None of these are solutions – Merely a worse process that replaces Non-performers with Gap fillers; all of which are direct burdens on the Public Purse at a time, we complain of having an empty Treasury.

Yes, we are in trouble; Time is running out and COVID is not the only pressing Danger to the Lives of our People… With many Problems to be solved and hard Decisions to be made, we are all accountable for our People and Country and I would be first to apologize if the Government I voted for, is failing us, just when we need them most… These are serious times and Real Problems need Real Solutions.