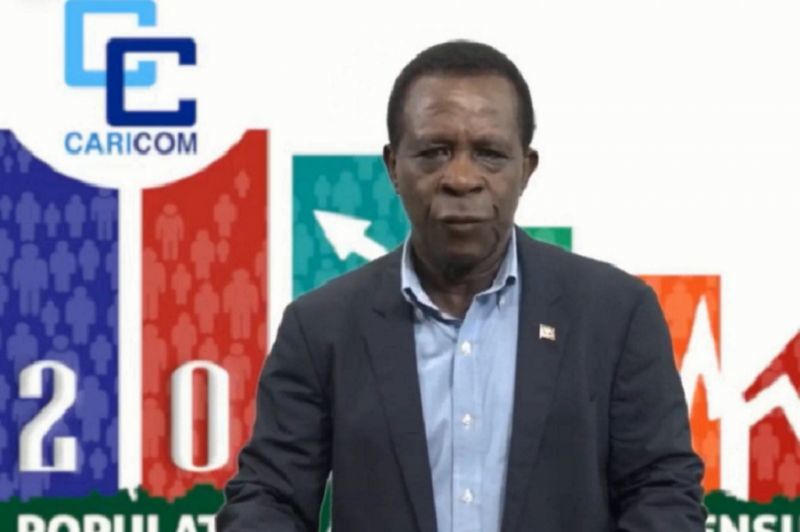 Delayed by one year due to the COVID-19 pandemic, CARICOM has finally launched its population and housing census.
It was launched on August 3, 2021, under the slogan, “Leave no one behind. Everyone counts”

Speaking at the virtual launch, CARICOM Statistics Champion, Prime Minister of Grenada Dr Keith Mitchell, says the theme is an urgent plea to save lives, restore and improve livelihoods, and to build resilience across CARICOM starting with the public, households, villages, towns and the region’s respective countries.

This Round of Census was supposed to commence in 2020 but was delayed due to the pandemic. Mitchell says it is imperative that data be collected given the major changes in the region’s social, economic and environmental landscape due to the COVID-19 pandemic and climate change.

He pointed to the disaster in St Vincent and the Grenadines with the La Soufriere volcano.

“In addition to its inherent value in better informing the decision-making process, in times of natural disasters such as the recent volcanic eruption in St Vincent and the Grenadines or the intense hurricanes and extreme floods of recent years that ravaged many of our islands, the Census can provide critical data and knowledge about the smallest, most remote areas,” says the prime minister.

He says the Census will also enable the Region to begin addressing issues relating to gender equity, the elderly, food insecurity and internet access.

Mitchell says he was informed that for this 2020 Census Round, six CARICOM countries intend to conduct their field enumeration this year with the remaining countries starting their census in 2022.

In Barbados, enumerators went into the field yesterday, one day after their reference Census Day on August 1, 2021. Grenada will tackle this activity from September 15, followed closely by St Kitts and Nevis, The Bahamas, Cayman Islands and Dominica.

The prime minister says for this Census Round, countries will include innovative approaches such as Computer Assisted Personal Interviewing using devices such as tablets and laptops to locate the dwellings of people to be interviewed and to capture the data of all individuals.

Given the pandemic, countries are also likely to use the telephone system and the internet to capture census data.

The Prime Minister of Grenada is urging all CARICOM citizens and residents to show patriotism and dedication to their respective countries, and to the entire region, by participating in this important exercise of nation building.
#COVID-19  #Covid