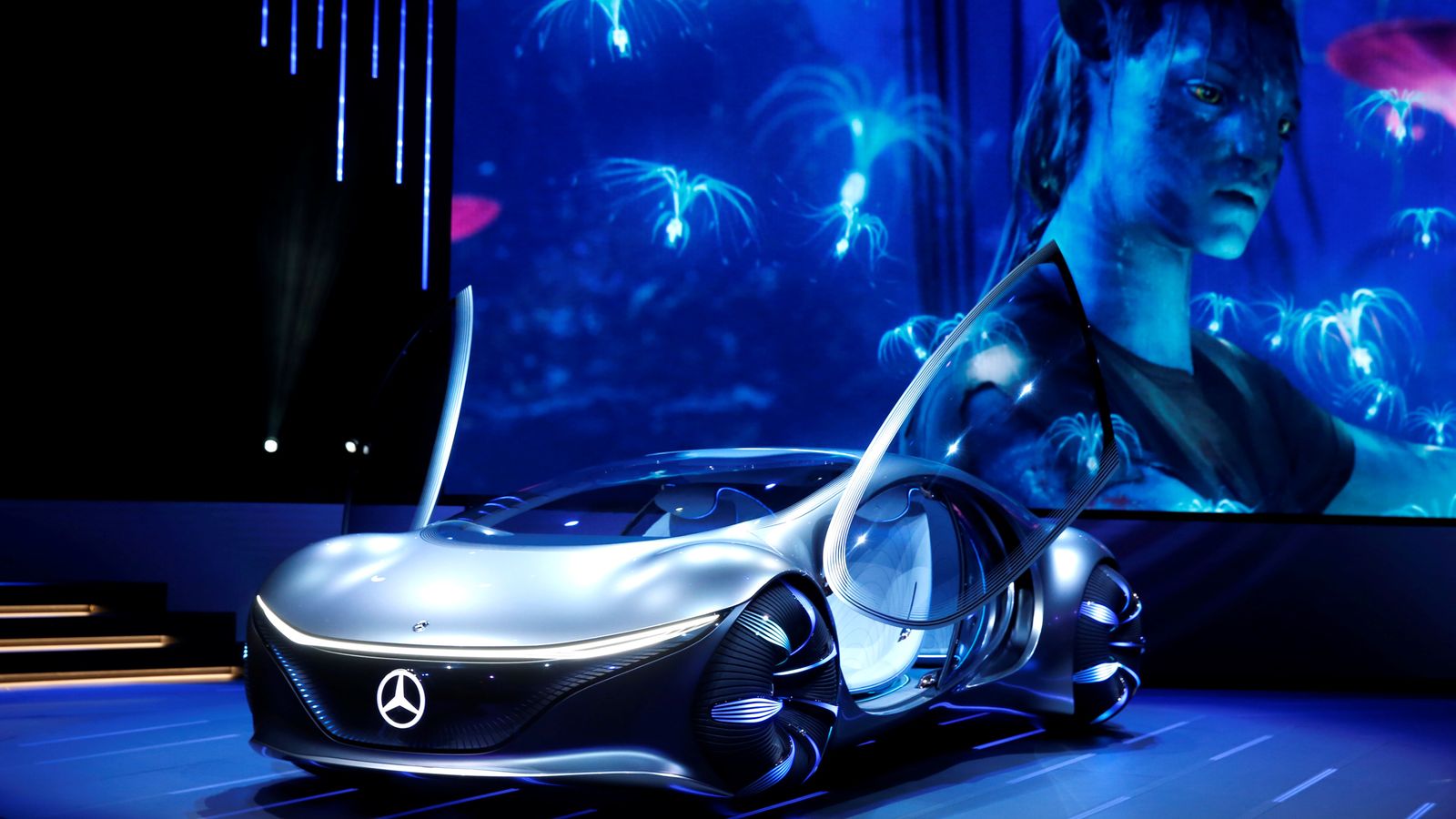 CES 2023: From a new player in electric cars to the next generation of VR - what to expect from the world's biggest tech event

The Consumer Electronics Show (CES) at the Las Vegas Convention Center will be at full capacity for the first time since before the pandemic when it kicks off, raising the anticipation for what the likes of Samsung, Amazon and Sony might show off.

Never mind Adele's residency, it's the gadgets of the future that will be taking Las Vegas by storm this week.

Two miles down the road from where the British star is entrenched in a four-month run of performances at the Caesars Palace Hotel, thousands of enthusiasts will go hands on with the latest in tech.

The Consumer Electronics Show (CES) at the Las Vegas Convention Center will be at full capacity for the first time since before the pandemic when it kicks off on Thursday, raising the anticipation for what the likes of Samsung, Amazon and Sony might show off.

Here's a guide to what you can expect from the world's biggest consumer technology event.


The CES show floor officially opens on Thursday and runs until Sunday, but plenty of announcements will come via news conferences hosted by major attendees on Wednesday.

The likes of LG, Sony, and Samsung will be livestreaming their events on their YouTube channels.

Who's going to be there?


Most of the biggest names in tech will be represented, including Amazon, LG, Microsoft, and Samsung.

However, it's worth noting that Apple is never at CES, as it prefers to make announcements at its own events.

That's also true of Samsung and Google when it comes to their annual smartphone updates, so expect the former to prioritise TVs and appliances here, while the latter's presence will likely be focused on the smart home.

It does mean there's plenty of room for smaller firms and start-ups to make their mark among the almost 3,000 companies attending, with a focus this year on sustainability and health gadgets.

CES is also always stacked with computer manufacturers like Intel, Nvidia, and AMD, which will be worth watching given ongoing struggles with chip supplies, and carmakers like BMW and Mercedes. 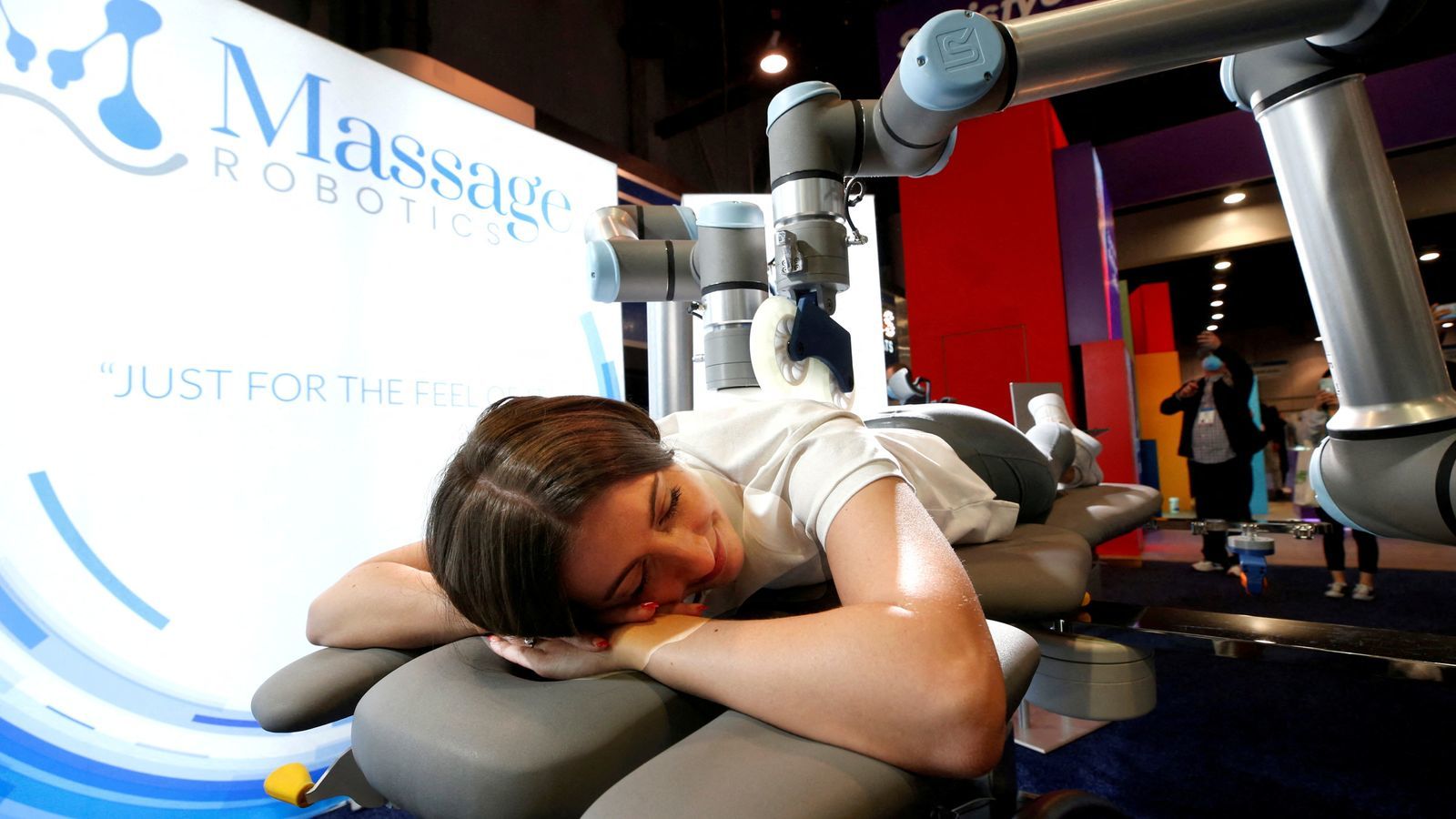 Health and fitness tech, like this Massage Robotics booth, are mainstays of CES

What kinds of products should we expect?

Thousands of products will be on show at the convention centre, and familiar standbys like TVs, monitors, drones, and kitchen appliances will take up plenty of floor space.

Asus is teasing a laptop with a 3D display - and Samsung has already unveiled a camera-equipped oven that can recognise food and even livestream the view from inside to social media (take that, MasterChef).

Beyond those, here are a few key areas to keep an eye on:

Sony is best known for cameras, TVs, and its PlayStation division, but its most intriguing announcement at CES is related to its first venture into electric cars.

The Japanese tech giant entered into a partnership with compatriot carmaker Honda last year, and has all but confirmed that the fruits of that deal - almost certainly a self-driving vehicle - will be shown off this week.

Stellantis, which owns Peugeot, Vauxhall and Fiat, will have a major presence at the show, and BMW will also be hosting a keynote.

There's no better time than the start of a new year to jangle enticing new fitness products in front of people, and exhibitors are likely to bring plenty of health gizmos to the show.

Among them are the Evie ring - a wearable aimed at women which can monitor heart and respiratory rate, and offer period and ovulation tracking.

Organisers say the show will also be highlighting "the importance of remote connectivity for accessible health care", which will likely resonate here in the UK amid unprecedented pressure on the NHS. 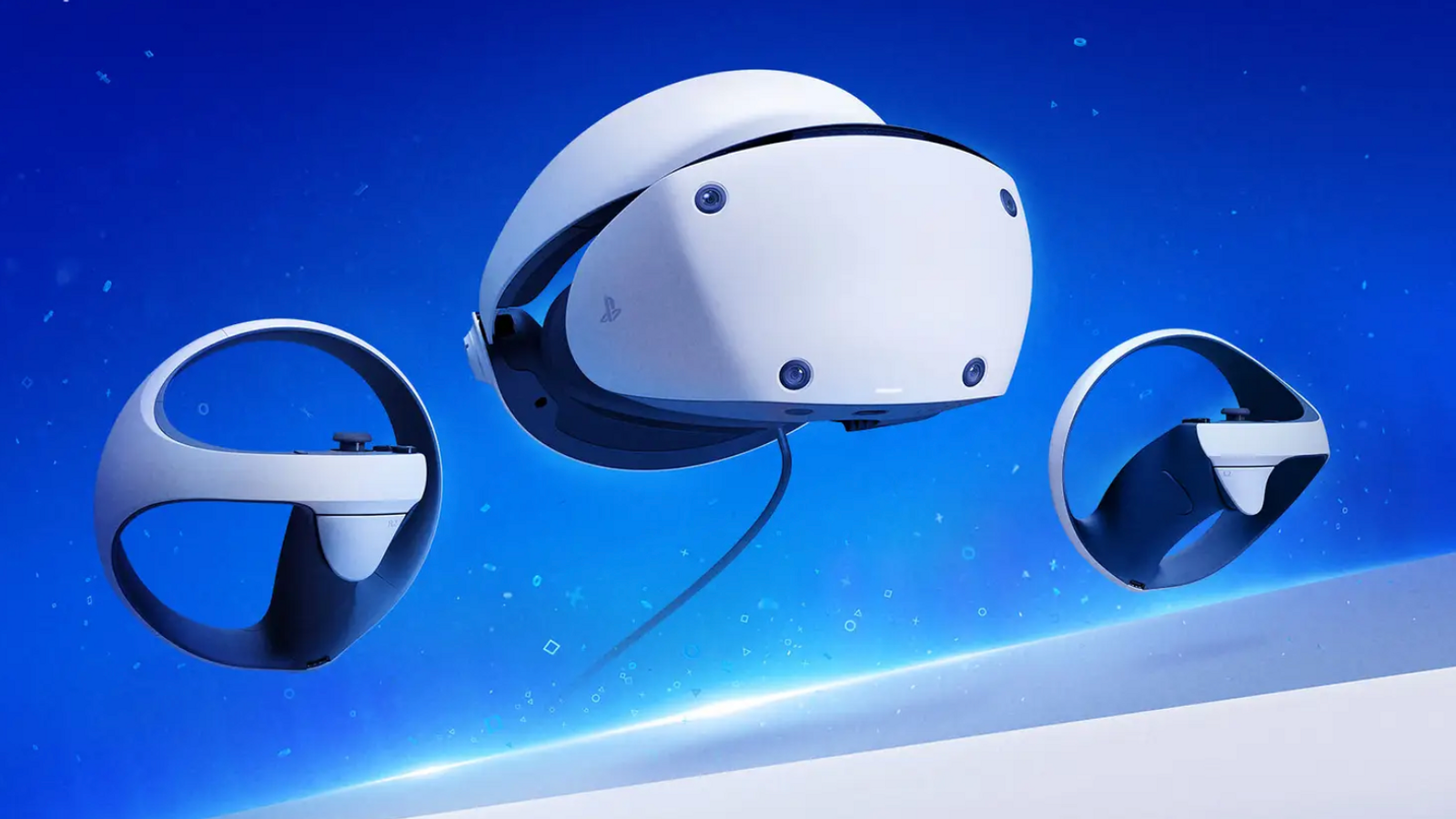 The PlayStation VR2 will get a showing ahead of its February launch.

A major shake-up in the smart home market late in 2022 may have gone under your radar, but opened the door to a potential deluge of new appliances.

Matter launched in November - it's a new smart home standard which essentially allows all the different ecosystems (Amazon's Alexa, Google's Home, etc) to talk to one another, theoretically meaning that you can control every smart device in your home via your chosen platform.

Companies large and small are expected to take advantage and show off their wares at CES, from home security to cooking appliances, with Samsung promising a "new and expanded experience" for its SmartThings range.

While CES is not traditionally focused on gaming, it would be remiss of Sony not to dedicate some of its keynote to PlayStation VR2, which launches just a month from now.

Other players in the space could also look to grab some attention, with HTC expected to announce a competitor to Meta's Quest 2, which was one of the most sought-after gadgets during the Christmas shopping season.

Don't bet on Meta itself having any announcements, but it will be hoping CES encourages punters to take a second look at its premium Quest Pro headset, which launched to mixed reviews at an eye-watering £1,499 in October.