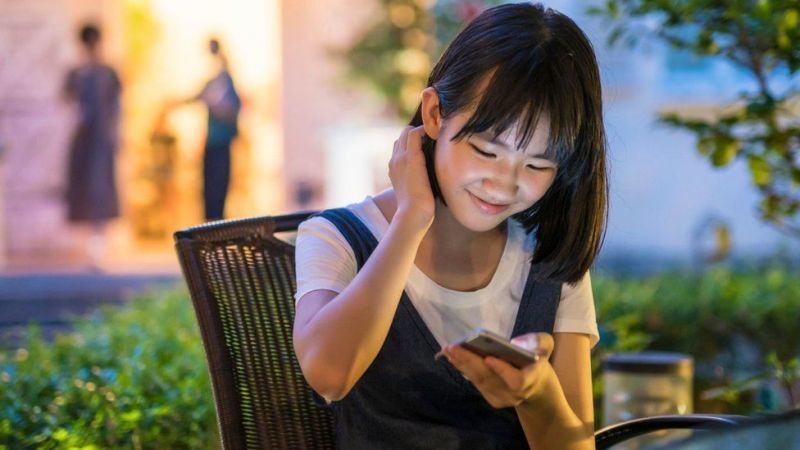 The rules will apply to users under 14, who have been authenticated using their real names, and who will be able to access it between 06:00 and 22:00.

Parent company Bytedance announced the app’s Youth Mode in a blog post, saying it is the first short-video company in the industry to have these limits.

It comes as China cracks down on teenagers' use of technology.

According to Douyin's user agreement there is no minimum age on the platform, but under 18s must obtain the consent of a legal guardian. On sister app TikTok the minimum age is 13.

New educational content - including science experiments, museum exhibitions and historical explainers - has been launched by Douyin as part of Youth Mode.

Last month, under-18s in China were banned from playing video games during the week, and their play was restricted to just one hour on Fridays, weekends and holidays.

And in February, Chinese children were banned from taking their mobile phones into school.

These regulations on China's version of TikTok have been a long time coming.

For the last three years, official media has been warning that the growing amount of time young Chinese people are spending on the internet is having an impact on their physical and mental health.

Data from social media agency We Are Social suggests that Chinese people frequently spend more than five hours a day online, two hours of which is on social media.

Although this data doesn't include those under the age of 16, online learning has been very present in young Chinese people's lives over the last year because of Covid-19. Added to that, official broadcaster CGTN says 95% of China's youth population is online nowadays - 183 million minors.

Back in 2018, China's regulators said that they were seeking to limit the amount of time that minors spent online, because of rising levels of near-sightedness among children.

Douyin, much like TikTok, is particularly popular with young audiences, and so China's top regulator, the Cyberspace Administration of China, has urged it to "create a good cyberspace environment for the healthy development of young people".

Back in 2019, Douyin and rival service Kuaishou began trialling "anti-addiction measures". They introduced child locks, and experimented with functions that could limit the amount of time children spent on these platforms.