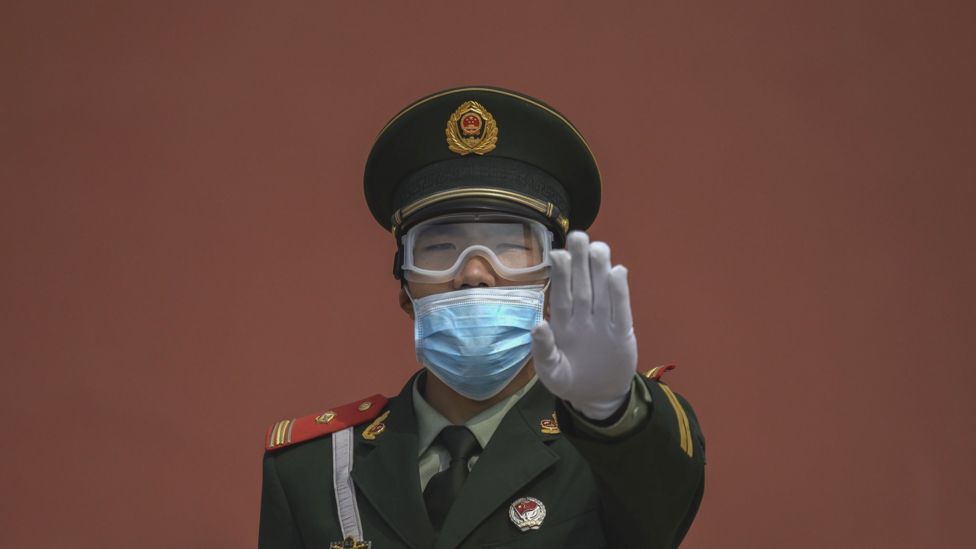 China: How is its zero-Covid strategy changing?

China's zero-Covid policy has been among the strictest approaches to tackling the pandemic anywhere in the world.

But a recent surge in infections is forcing it to reconsider how it deals with the pandemic.

How serious is the current wave?

The latest jump in daily cases, widely spread across the country, has been driven largely by the Omicron variant.

Tens of millions of people in China, including the entire north-eastern province of Jilin, and the tech-hub city Shenzhen in the south, have been ordered into lockdown.

Shanghai, China's largest city, has become the latest city to join the list after battling the new wave for nearly a month.

Makeshift hospitals and quarantine centres have been set up across the country. 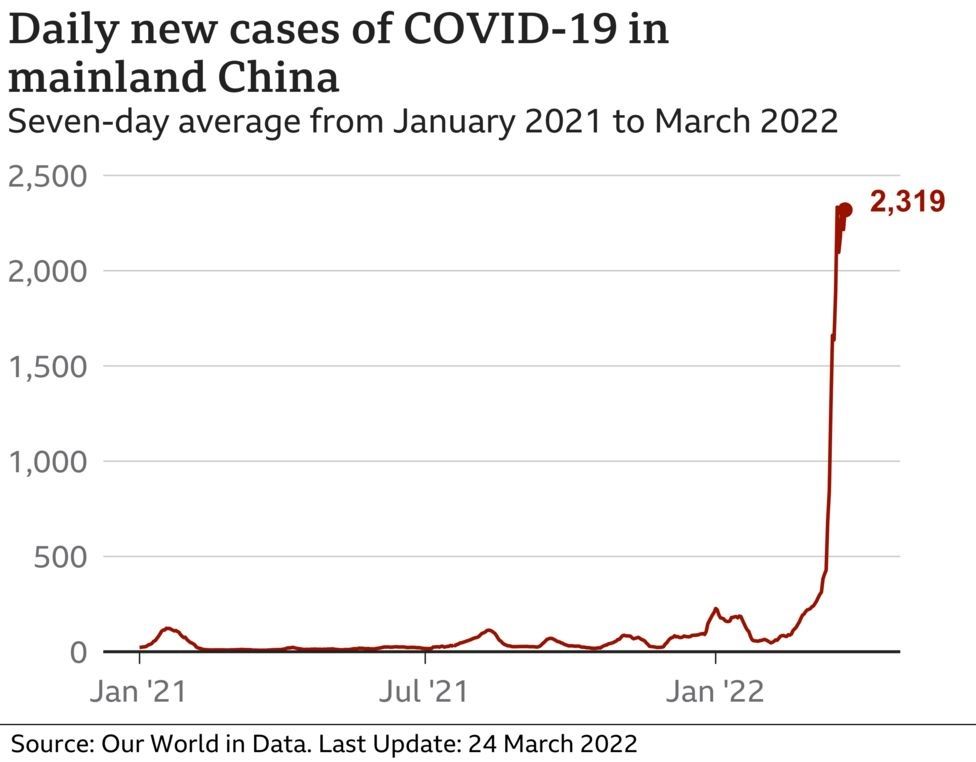 However, compared with the United States and Europe, infection rates remain low.

In the week prior to 24 March, there were just over 14,000 new cases in the whole of mainland China. In the UK over a similar period, there were over 610,000 new infections.

As more infections are detected across the country, China's strict zero-Covid strategy is becoming increasingly difficult to sustain.

However, most of its principal elements remain in place:

*  Travel to and from China is strictly limited, and there are restrictions on internal movement

*  Travellers from abroad with permission to enter China are screened and sent to government-designated hotels for a mandatory quarantine of at least two weeks, followed by a further period of monitoring

*  Regular community testing programmes are carried out and if infections are detected, residents can be evicted and sent to quarantine facilities (along with targeted area lockdowns)

*  All non-essential businesses have been shut, apart from food shops and some other essential suppliers

*  Schools are closed and public transport is suspended, with almost all vehicle movement banned 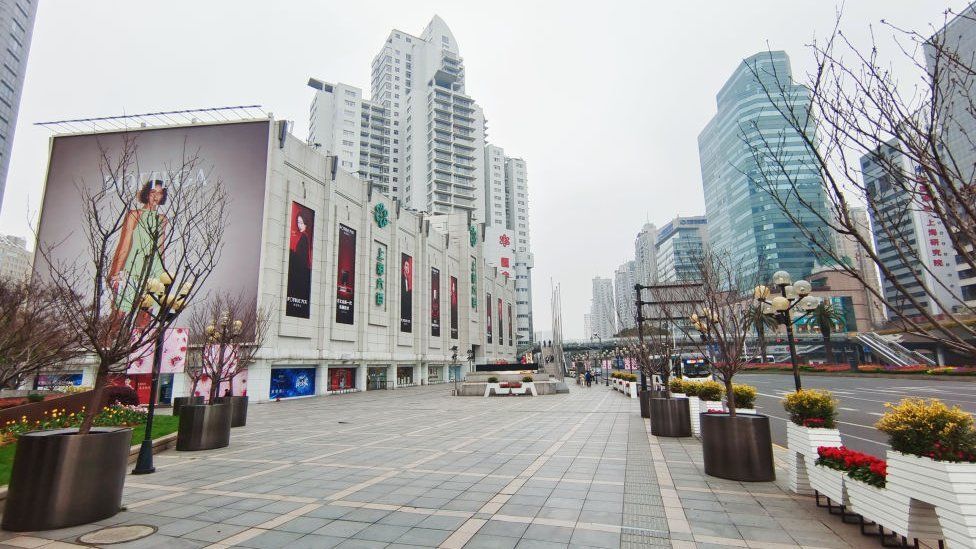 Millions of people are currently under lockdown in China

As China's healthcare system is put under increasing strain, some regulations have been relaxed:

*  People with mild symptoms no longer need to attend designated hospitals, but they still need to isolate at centralised facilities

*  Quarantine-period rules have been reduced

*  Self-testing kits are to be made available in stores across the country and online, but those who test positive will need to take PCR tests 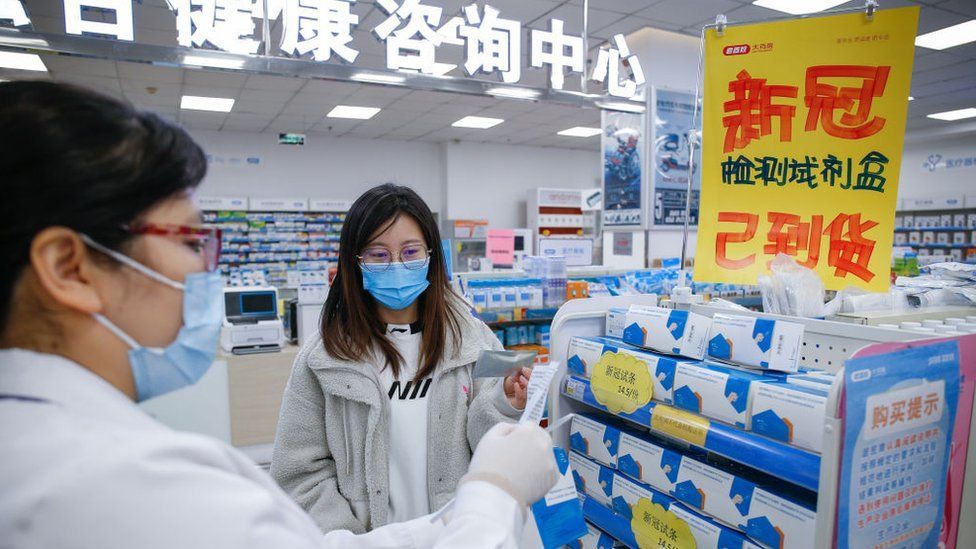 China has had remarkable success containing the pandemic prior to the current outbreak. 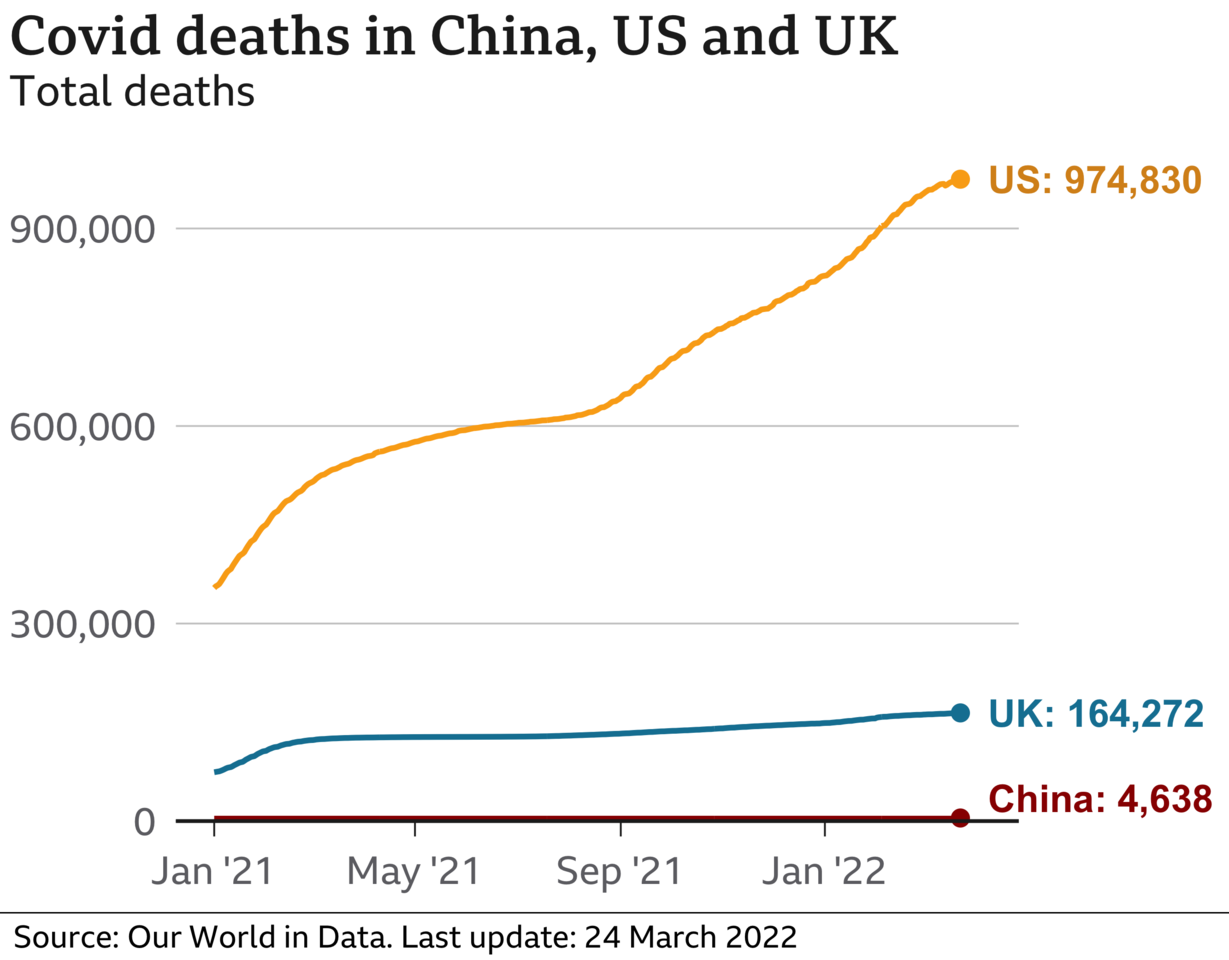 That's around three deaths per million people in mainland China, compared with 2,922 in the US and 2,402 in the UK.

Reported infections in China have also been very low throughout the pandemic.

Concerns have been expressed about the accuracy of the official data, but it seems clear that both infection and death rates have been low when compared with other countries.

About 88% of the population is now fully vaccinated. Despite this, China is almost alone in adhering to strict zero-Covid policies. 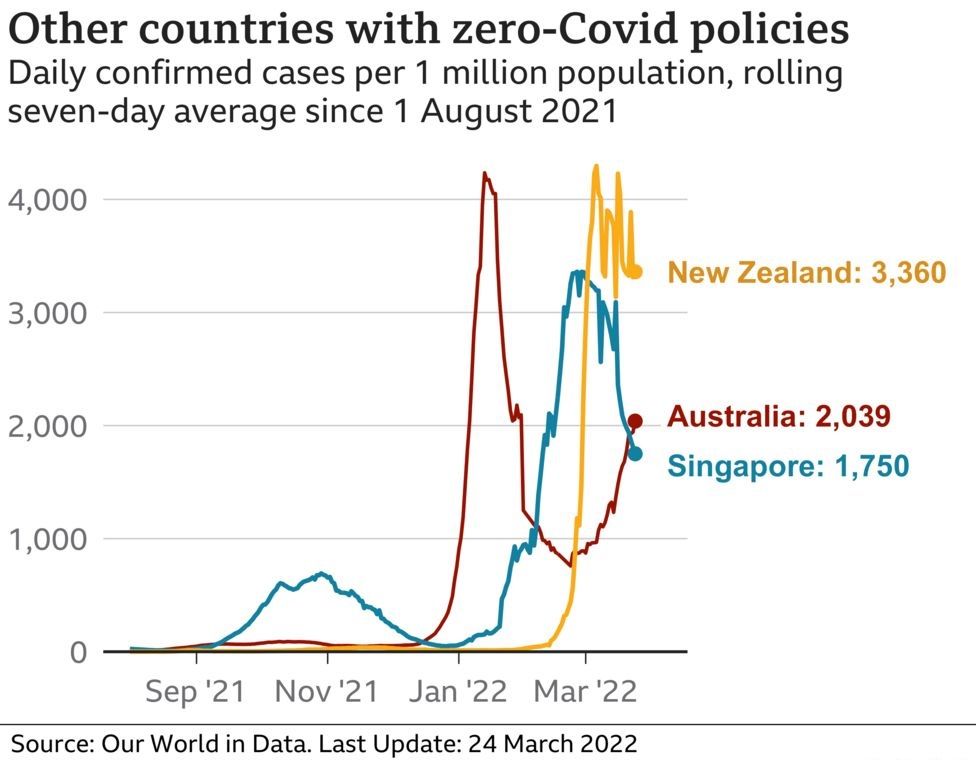 Australia, New Zealand and Singapore, relaxed their strict policies in the latter part of 2021 as vaccination rates improved.

Cases did then surge in those three countries, largely as a result of the spread of the Delta and Omicron variants of coronavirus - but have remained relatively low in comparison with countries across Europe and in the United States.