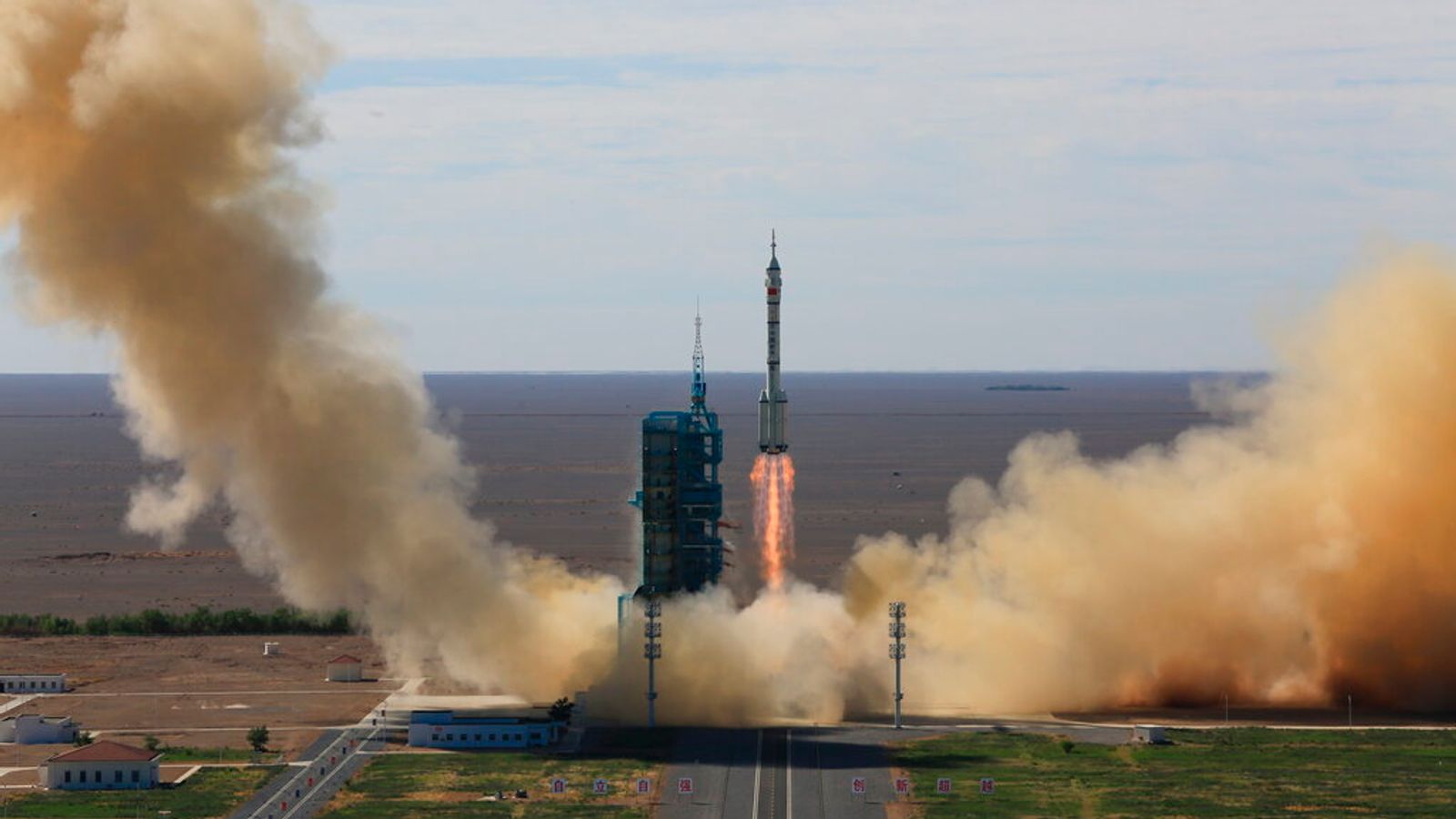 The enormous constructions would eclipse the International Space Station - which China is prohibited from being involved with - and which only measures 357 feet end-to-end.

A government research organisation in China has outlined plans to design and build "ultra-large" spacecraft, potentially miles-wide and assembled piecemeal in space.

The National Natural Science Foundation of China (NSFC) has recently published a five-year plan articulating the "urgent need" to invest in studies on space exploration equipment.

This equipment could include enormous crewed spacecraft, orbital telescopes, and even space-based power plants that would be composed of modular components that would form megastructures once in orbit.

Constructing large facilities in space has taken place before, with the International Space Station requiring 40 assembly flights and more than a decade to build.

China, which is effectively banned from participating in the International Space Station by an act of Congress restricting NASA's cooperation with Beijing, is currently constructing its own crewed station called Tiangong.

US caution regarding China's space ambitions became law in 2011, through the so-called Wolf Amendment.

The law even prohibits NASA from hosting Chinese delegates at any of its facilities without authorisation from Congress and the Federal Bureau of Investigation, which leads on counter-espionage.

The enormous constructions proposed by the NSFC would eclipse the International Space Station considerably, which only measures 357 feet end-to-end, and could take decades and potentially centuries to build. 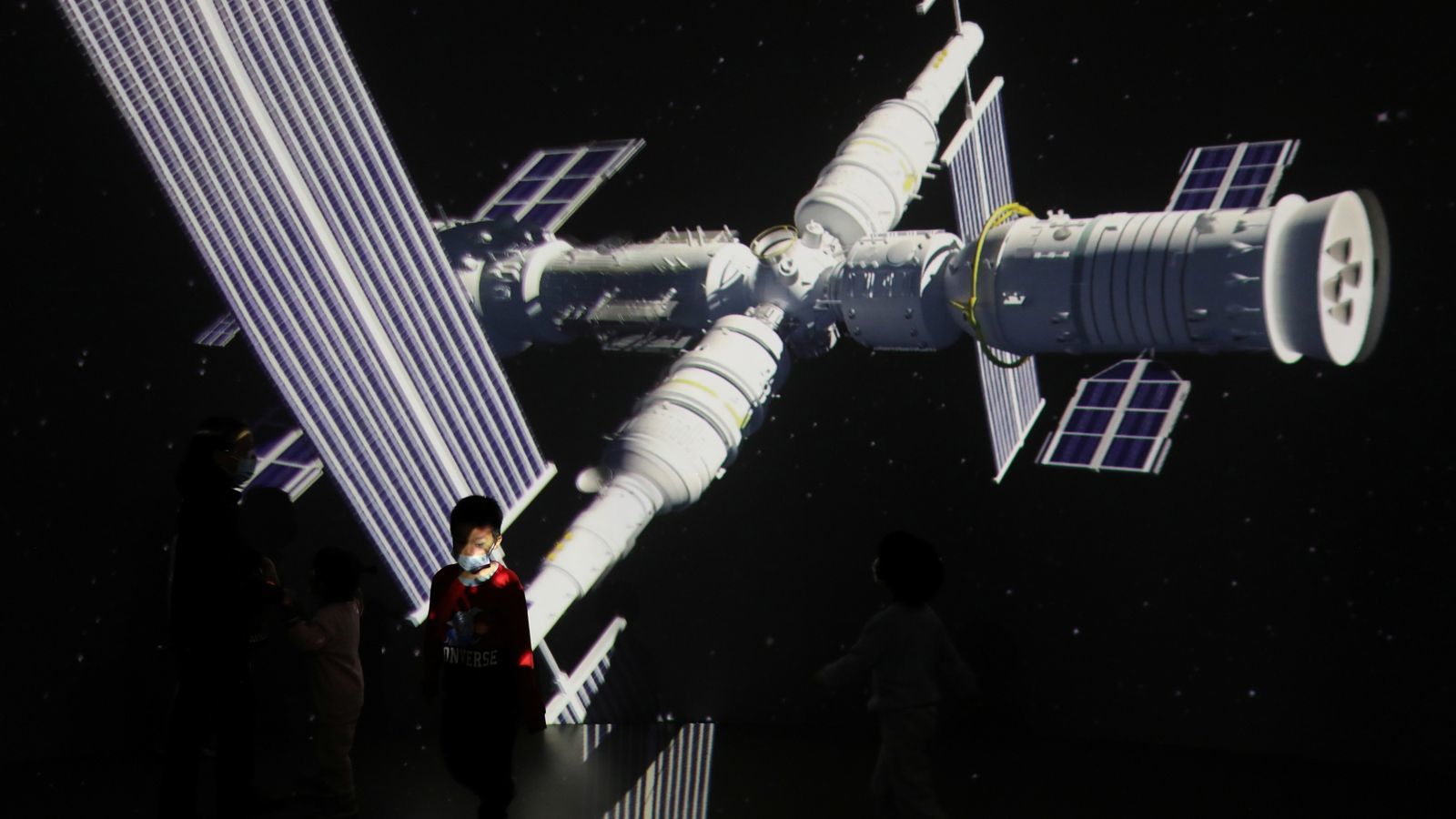 The Tianhe core module, was the first module of the Tiangong space station to launch into orbit in April 2021

These constructions are described as "major strategic aerospace equipment for the future use of space resources, exploration of the mysteries of the universe, and long-term habitation in orbit," by the NSFC.

Researchers at the Chinese Academy of Sciences have warned that the "rapid development of space technology and the increasing demand for space missions [means] the traditional spacecraft manufacturing, deployment and launch methods have been unable to meet existing needs". 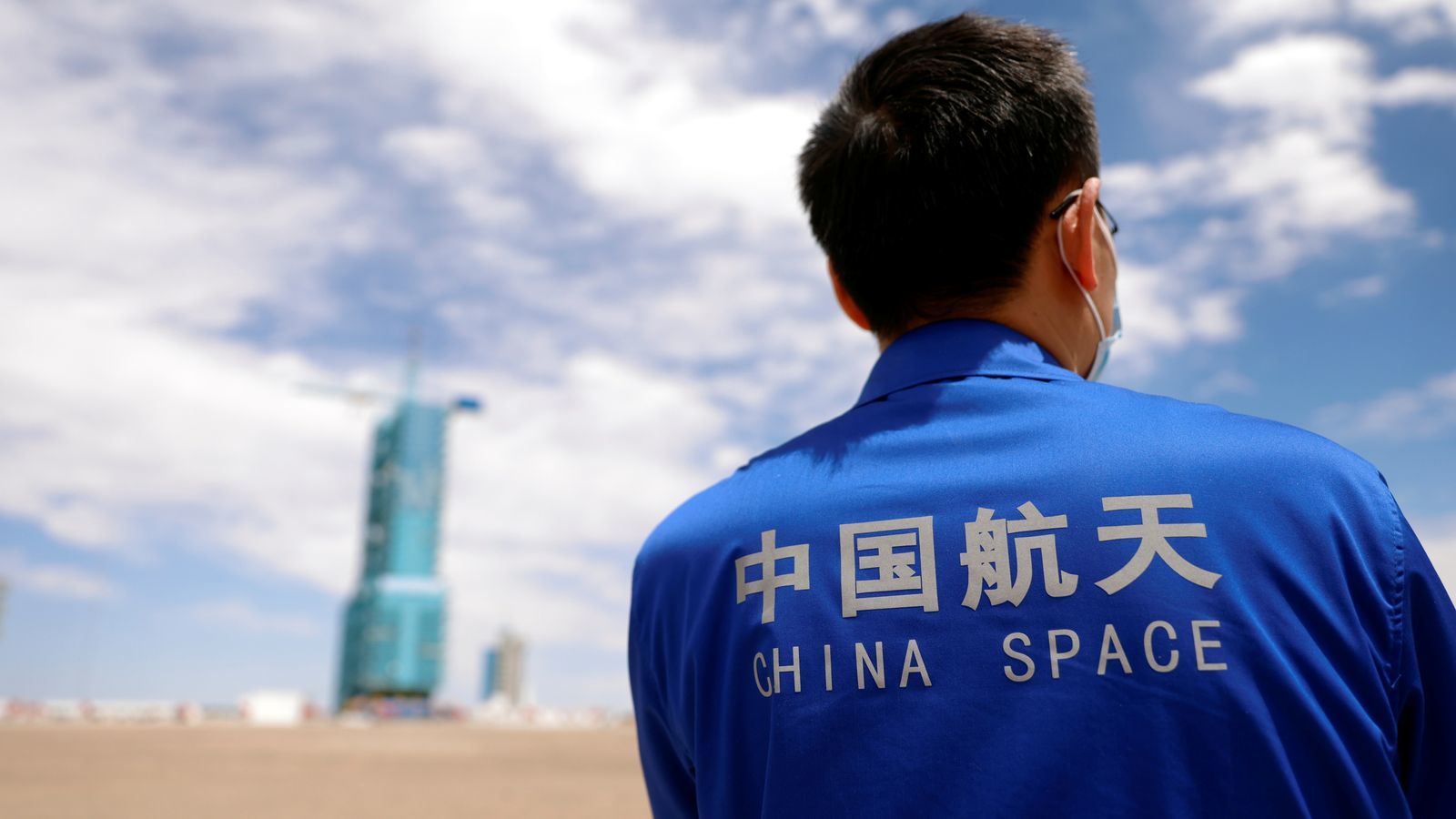 China's orbiting Tiangong space station will be roughly a fifth of the size of the International Space Station. Assembly started this year in April, and is expected to be completed after 11 launches in November 2022.

The China Manned Space Agency (CMSA) has "guaranteed" the participation of foreign astronauts in the Tiangong programme.