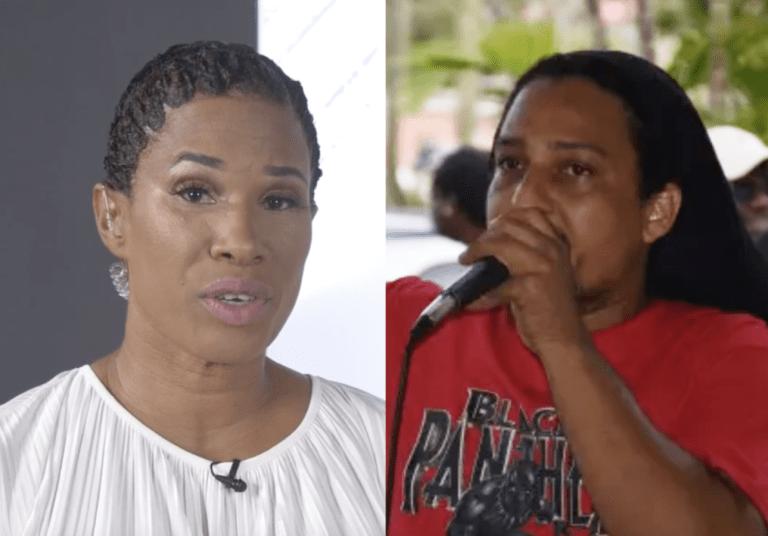 Social commentator Cindy Rosan has announced that she has dropped the lawsuit against Tola Radio and Floyd ‘Heritage’ Burnett who hosts the popular programme, Morning Braff on that platform.
In July this year, Rosan announced that she had filed a lawsuit in the High Court because of slanderous comments Heritage reportedly made against her on his morning show.

However, Rosan announced last weekend that she has dropped the lawsuit after much consideration.

“My intention is to always keep my platforms updated on matters surrounding me. Most of you would be familiar with the matter that arose between myself and the Tola Radio platform, and its owner Heritage. I am pleased to advise that after much consideration, advice, and requests on Heritage’s behalf, I’ve decided that it is not necessary to move forward with any legal matters against him or the Tola Radio Platform,” Rosan said in a Facebook post.

She said she as well as Heritage now “consider this matter closed.”

When she filed the lawsuit earlier this year, Rosan had suggested that her relationship with Heritage began to sour because of matters related to the Virgin Islands Festival & Fairs Committee and funding for this year’s emancipation festivities.

She said Burnett was displeased that she used her Cut Deep talk show on 284 Media to contradict and undermine his arguments and viewpoints on the matter.
#the Virgin Islands  #Facebook