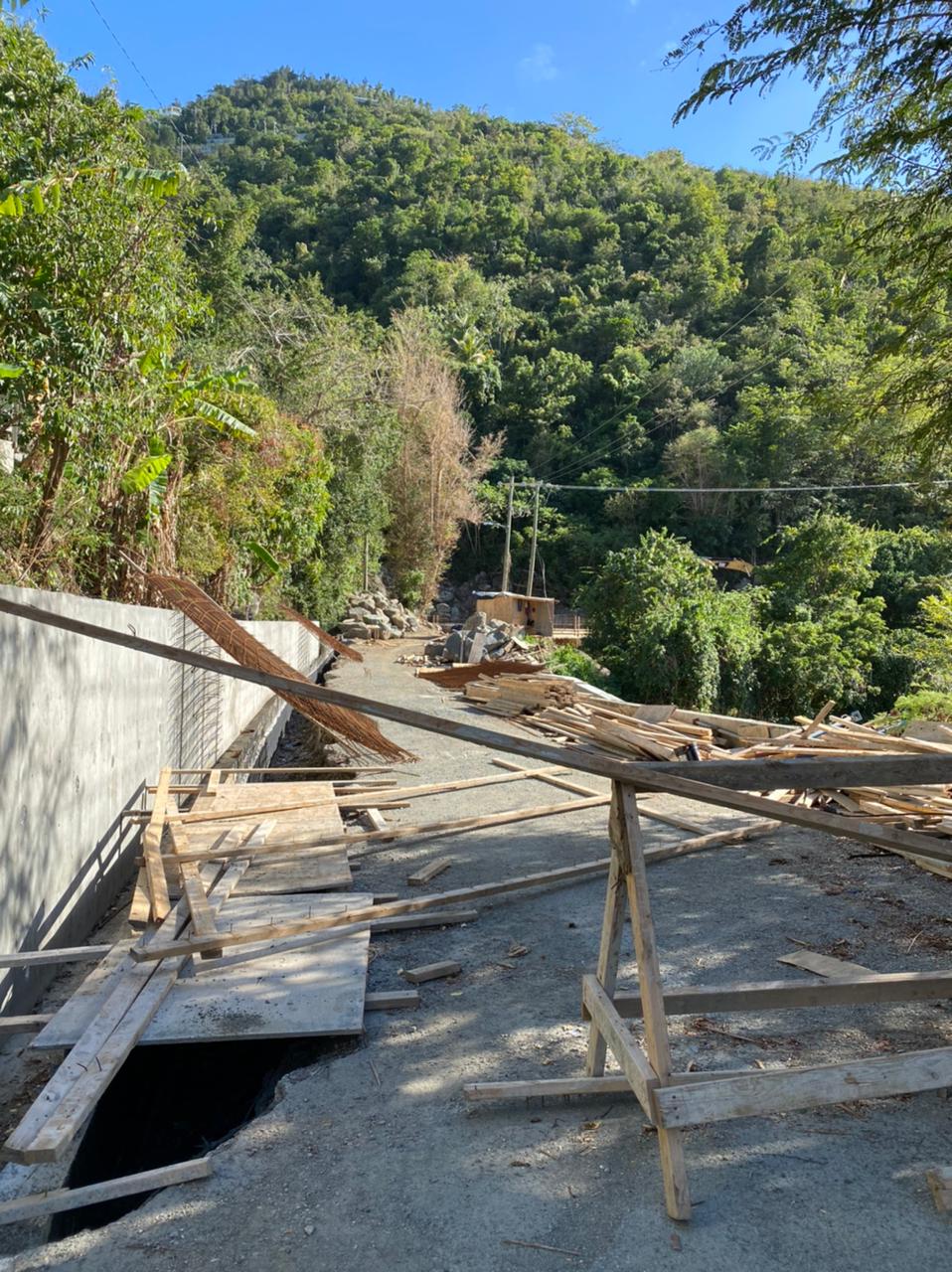 Closures continue as roadworks drag on

Since mid-January, Tortola motorists have had to deal with road closures and slowed traffic as a result of extensive repairs to four of the territory’s most traversed roads.

While some of these projects are nearing completion, others will drag on for a while longer, such as the work that will keep the Ballast Bay road closed at least until April, Transportation, Works and Utilities Minister Kye Rymer said in the House of Assembly on March 10.

The closure at Ballast Bay is due to the ongoing demolition of the existing culvert and the construction of a new one, Mr. Rymer said.

“This is a bit longer than initially envisioned, but the project is complex and thus time-consuming,” he added. “We will keep the residents abreast of the new timelines as the project progresses to completion.”

The Great Mountain Road also has been periodically closed since January as repairs take place in two separate sections.

Work at the site near the top of Great Mountain was mostly completed on Jan. 27, with only additional asphalting still required as part of larger asphalting programme that will commence in the coming months, Mr. Rymer said.

Thanks to the prior closure of the road, construction crews also were able to make good progress at the worksite closer to Huntums Ghut, the minister explained, adding that they built a new culvert structure there.

Although the road reopened on Feb. 20, “There is still a requirement for full closures to enable the safe and timely completion of the works,” Mr. Rymer said, adding, “I assure you you will be notified of the dates and times in the coming weeks.”

Crews have almost completed the drainage component and are putting the finishing touches on the safety barriers, which should be ready to go within the next week, according to Mr. Rymer. He added that the excavation project at Bob’s Gas Station is proceeding on schedule, and the road will remain open for one-lane traffic at peak traffic hours.

Noting the many complaints received about road conditions in Fish Bay, the minister said fixing that road is also a priority of his ministry, but the small number of roadways in the territory means that when roadwork is in action, alternate routes must remain open.

“Following the completion of the works at Little Dix Hill and Hope Hill, we will commence the procurement process for Fish Bay road,” Mr. Rymer said.

And once the project at Bob’s Gas Station is finished, his ministry will commence the repairs to the section of road at Long Trench that was damaged by Hurricane Irma, he added.

During his speech, Mr. Rymer emphasised that the current road rehabilitation projects are complex and detailed by nature, but are essential to ensuring they withstand the forces of nature and allow for safe passage.

He also made a special plea to scooter riders and motorists to obey all traffic postings.

“I would like to thank the people of this territory for their patience and understanding as road rehabilitation works continue throughout this territory,” Mr. Rymer added.

During a question-and-answer session at the March 10 HOA meeting, Opposition Leader Marlon Penn pressed Mr. Rymer for taking a case-by-case approach to fixing crumbling roads, and asked whether he had a comprehensive plan for caring for roads that are not funded with financing from the Caribbean Development Bank loans received after 2010’s Tropical Storm Otto and the 2017 hurricanes.

Mr. Rymer replied that he intends to create such a plan, but he first has been focused on addressing the repairs that are most needed.

He added that he also is still in the process of procuring all the equipment necessary to embark upon a comprehensive roadwork agenda.

The opposition leader also asked the minister whether he has any plans to improve the conditions of the road leading to Long Bay Beach at Beef Island.

Mr. Rymer replied that although this property is privately owned, the Public Works Department will continue to “grade” the area to ensure smooth driving.