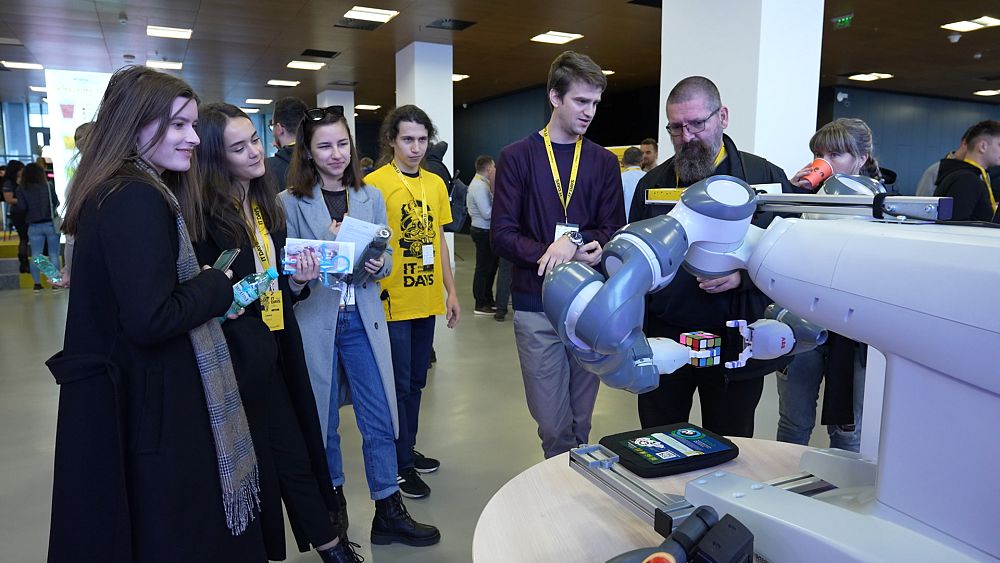 How do we meet the challenges of work automation?

To answer this question, Cluj-Napoca in northwest Romania has set up the "Future of Work" project. This European initiative focuses on three pillars of action: adapting curricula, entrepreneurial training for creators, and helping the most disadvantaged neighborhoods.

“I think that automatisation needs to be seen as an opportunity, not as a risk. We can create more jobs relying on our creativity as humans,” Ovidiu Cîmpean says Ovidiu Cîmpean, Project Manager Cluj's Future of work project.

Over the last two decades, Cluj became one of the fastest-growing economies for any European city. However, in order to maintain this growth, it realised that it needed to bridge the gap between knowledge and emerging technologies. It is estimated that 49% of the local economy is not up to speed with emerging technologies and automation.

The Regional Centre of Excellence for Creative Industries and its three laboratories is one of the first projects to this success. Nearly 240 students practice here every day, adapting their skills to the market and to automation. Teodora has just found a job with an IT giant IBM thanks to this tailor-made learning programme.

“I learned a lot of new emerging technologies like virtual reality, 3D design, game development... I think in the future we will have like a lot of jobs that involve engineering and mostly technology and automatisation,” she says.

The total budget of Cluj's Future for Work project is €5.6 million euros, 80% of which comes from the European cohesion policy and the remaining 20% from the 10 public and private-sector partners.

The cultural and creative industry is one of the driving forces in Cluj.

Anadora Lupo says, a metal sculptor, was one of the artists who benefited from ad hoc support for the development of her business, thanks to "culture-entrepreneurs", one of the components of the project. Just five artists were chosen out of 69 applicants.

“It completed somehow the need of knowing more about this area and not just in design or our expertise, but also on socializing and entrepreneurial level,” Lupo says.

Inclusion of the Roma community

Socio-professional inclusion is the third axis of this project which thinks about employment in a 20-year period. The social divide is visible in Cluj. At Pata-Rât, close to a rubbish dump, more than 2500 people in poor and unhygienic conditions. Tasked with guaranteeing them a better quality of life is Alex Fechete, a facilitator of the project in this Roma settlement.

“We brought in the community like two containers with showers and also, we brought Internet for them in the community, so they can search for jobs. Also, we managed to bring a bus for six months, so the access to the work, it's more easy to make.”