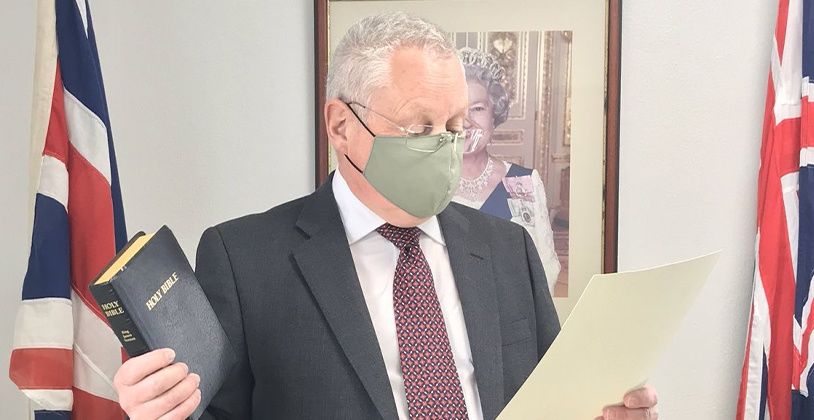 The hearings of the Commission of Inquiry (CoI) is set to recommence on Monday September 6.
“As envisaged, the COI team will be returning to the British Virgin Islands during the coming week to recommence hearings on Monday 6 September 2021. A provisional hearing programme will be published shortly,” a press statement said on Tuesday August 24.

The commission said that in the meantime, in the light of the continuing COVID-19 restrictions, the Commissioner Sir Gary Hickinbottom has issued an amended protocol concerning the provision of written evidence to allow for evidence to be admitted in unsworn form, which can be found on the COI website.

The announcement of the restart of the CoI comes as the Speaker of the House Assembly, Hon. Julian Willock has filed an injunction to bar its three lawyers from further serving on the commission.

According to the commission, further to publishing reports issued by the Auditor General (AG) which were considered at hearings before the Commissioner, the COI has also, following redaction of personal data, recently published on its website nine reports issued by the Internal Auditor which were also considered at earlier hearings. These include, COVID-19 Stimulus Draft Audit Report and Appendices I to III (2020); Immigration Board: Belonger Application Process (2012) and Her Majesty’s Customs – Missing Revenue – Suspicion of Fraud – Investigation Report (2015) among six others.

The CoI was issued on 19 January 2021 to look into whether corruption, abuse of office or other serious dishonesty may have taken place amongst public, elected and statutory officials in recent years; and to make appropriate recommendations as to governance and the operation of the law enforcement and justice systems in the BVI.
#COVID-19  #Covid  #CoI  #Hickinbottom  #Commission of Inquiry