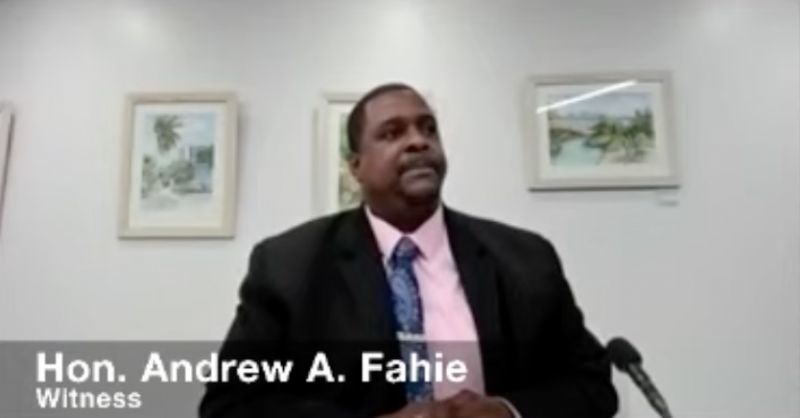 CoI must consider culture of VI regarding board appointments- Premier argues

Virgin Islands (VI) Premier and Minister of Finance Honourable Andrew A. Fahie (R1) has argued that the internal process of selecting board members for appointment, as opposed to always advertising the position, is one that is the Culture of the VI rather than a process that is indicative of a lack of good governance.

Hon Fahie moved to argue this position at today’s September 14, 2021, Virgin Islands (VI) commission of Inquiry Day 33 of the hearings, after it was suggested that the process used by the Fahie administration for the selection of board members in some instances was as a result of no sincere efforts being made to select the best candidates. 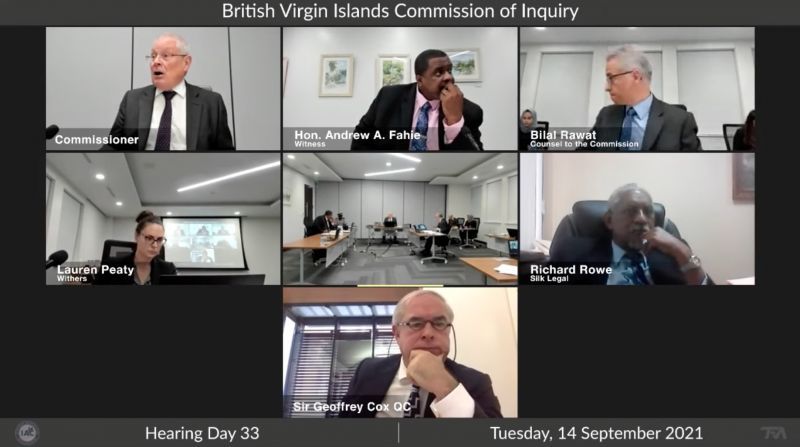 Hon Andrew A. Fahie moved to argue this position at today’s September 14, 2021, Virgin Islands (VI) commission of Inquiry Day 33 of the hearings after it was suggested that the process used by the Fahie administration for the selection of board members in some instances, was as a result of no sincere efforts being made the select the best candidates.

According to Premier Fahie, “If the United Kingdom is considering a law to be passed or a new policy, they will not base it on the culture of the Virgin Islands or in Afghanistan or anywhere else, it would have to be based on the United Kingdom.

“And if the BVI is doing a new policy in law, they would have to what the culture is… and also bearing in mind to recognise what [is] happening internationally. That is key,” he said.

As such, Premier Fahie said the culture of the VI, in terms of how an issue is being dealt with, comes from a long 71-year history and that must be factored in by the CoI.

He said the informal process of selecting board members internally is not one where persons are unknown, rather, many of the individuals are already known.

“We recognise in the Premier’s Office, long before the CoI started, is that this is now evolving, because our population has moved… up to 35,000 and counting,” he said.

He said although the process has merit there was still a need for adjustments and his administration has moved towards a stage of advertising the position for boards even amidst the cultural dynamics of the territory.

“So, Commissioner you would have to excuse me when I receive a question from the commission 'why wasn’t the post advertised?' That’s a legitimate question coming from your lens out of the UK or a bigger country,” he said.

“For us, most of that was not even part of most of the act,” he said.

While the Premier agreed that advertising of positions is good, he said it must also be explored whether that is the best way to get the best candidates for the job.

CoI commissioner Sir Gary R. Hickingbottom agreed that while it may not be the best way to get board members, he suggested that the informal process where board nominations happen internally, lacking an external element, would disadvantage some persons from applying for the job.

Advertising not the flagbearer of good Governance - Premier

Premier Fahie said, however, that using advertising as the flagbearer for good governance, which cannot guarantee the best candidates, would be an unjust position.

He said, however, his administration is not only engaging in advertising the positions of the board chairman but rather, moving to advertise all other board members appointed under the government in the VI.