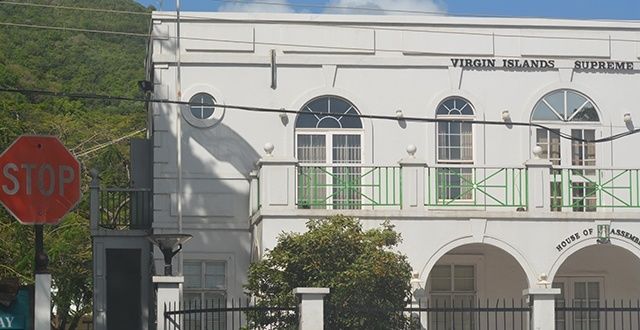 Three United Kingdom attorneys assisting in the ongoing Commission of Inquiry (CoI), who have submitted applications seeking to practise law in the British Virgin Islands, have been met with staunch objections at the High Court by Speaker of the House of Assembly, Hon. Julian Willock and his deputy, Hon. Neville Smith.
According to court documents, Mr. Andrew Ian James King and Ms. Rhea Harrikissoon applied to practice as solicitors, and Mr. Bilal Mahmad Rawat applied to be admitted to practice as a barrister in the Eastern Caribbean Supreme Court.

However, the objectors, Hons. Willock and Smith both filed objections to the court on the matter on June 21st 2021, on the basis that they were not "fit and proper persons” to be permitted to practice law here.

The document further said any commissioner that is appointed will be provided with administrative support and that lawyers may be appointed to assist them in the performance of their public duties and the work of lawyers include witness examination.

“It is not disputed that Mr. Rawat was appointed a Counsel to the Inquiry by the Hon. Attorney General and that Mr. King and Ms. Harrikissoon were both appointed by the Commissioner. It is not disputed that during the course of the Inquiry’s proceedings, Counsel for the proposed objectors queried whether the applicants had been admitted to practice law in the Virgin Islands. From all accounts, the Commissioner has indicated publicly that he does not consider the work being undertaken by these applicants in support of the Commission of Inquiry to be the practice of law, he has nevertheless directed that the applications herein be filed,” it continued.

High Court Judge Vicki Ann Ellis, who is overseeing the matter, has ordered the objectors to provide evidence to the court.

“The objectors will file written evidence setting out the details of their objections on or before the 15th September 2021. To the extent that they wish to rely on the affidavits filed in support of these applications, there is no need to re-file the same.”

Meanwhile, the applicants may file any evidence in response to the objections raised by Hons. Willock and Smith by 15th October 2021, and both parties are to lodge and exchange written submissions on or before no less than seven days before the hearing date, which is set for October 26.
#CoI  #Commission of Inquiry  #the Virgin Islands