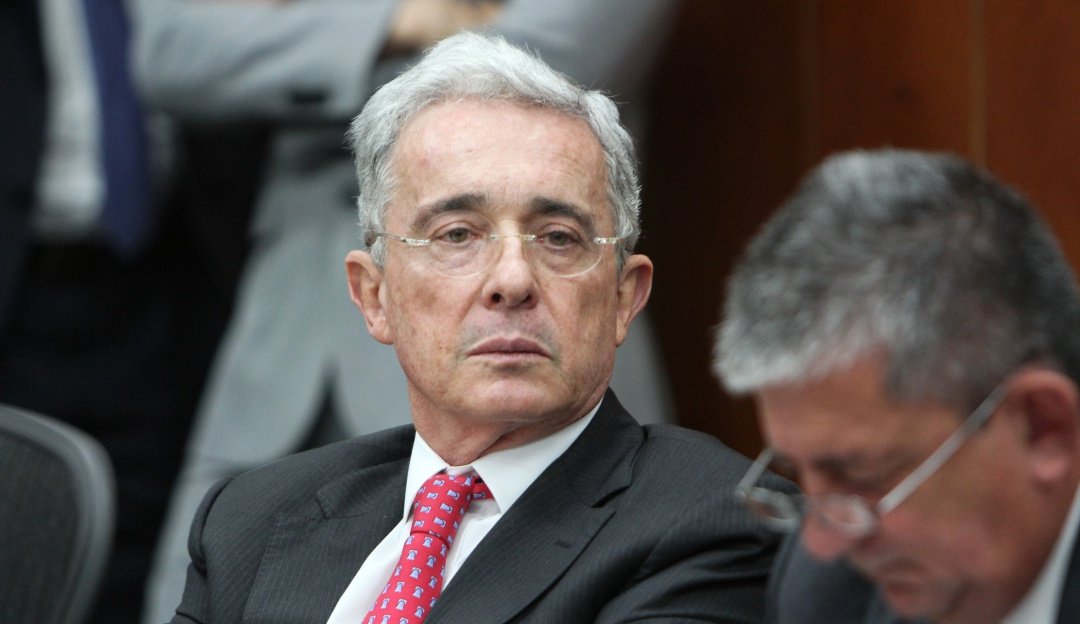 The Supreme Court ordered on Tuesday the capture of former President and Senator Álvaro Uribe , the most influential politician in Colombia in this century, in the process that follows him for the manipulation of witnesses against an opponent, according to the former president.
The deprivation of my freedom causes me deep sadness for my lady, for my family and for the Colombians who still believe that I have done something good for the Homeland, Uribe wrote on his Twitter account.

Although the court has not yet ruled on this unprecedented decision against a former governor in Colombia, local media said in unison that Uribe will serve preventive house arrest and should not go to jail.

The case is being analyzed this Tuesday, behind closed doors, by senior magistrates investigating the head of the party in power and mentor of President Iván Duque.

The Supreme Court decided to order the arrest of Uribe while later deciding whether to call him to trial, in his capacity as legislator, for tampering with witnesses. As a member of parliament, you do not have privileges but you do have the privilege of only being investigated by the highest court.

The 68-year-old former president, who has always alleged innocence and has strong popular support behind his strong-arm policy against leftist guerrillas, could answer for bribery and procedural fraud, crimes that are punished with an average of eight years in prison.

Uribe, who had been questioned by the magistrates last October, ended up entangled in an unsuspected turn of justice.

In 2012, he filed a complaint against left-wing senator Iván Cepeda for an alleged plot against him based on false testimony.

The political leader maintains that Cepeda - one of his greatest political opponents and a witness in his process - contacted ex-paramilitary prisoners to involve him in criminal activities of extreme right-wing groups that fought left-wing guerrillas with blood and fire.

But the court refrained from prosecuting Cepeda and instead decided to open the investigation against the former president in 2018 on the same suspicion: manipulating witnesses against his opponent.

The lesson that this decision gives us today, which we hope to know in all its details, is that there are no individuals, there are no people who in Colombia are above justice and the law however powerful and influential they are, Cepeda reacted in a message to the press.

We invite all citizens to assume this situation with complete serenity, he added, stressing that the former president will have all the tools, resources, and procedures that are to guarantee his right to justice in case of being called to trial.

In addition to this file, Uribe is linked to more investigations for alleged criminal offenses related to the long Colombian conflict.

Uribe's party, the Democratic Center, is carrying out an intense media campaign to defend the honor of its leader.

After militarily decimating the FARC, the former guerrilla that signed the peace in 2016, Uribe opposed that pact, considering it too lenient with those responsible for atrocious crimes.

With the court's decision, Colombia begins to swell the Latin American record of very popular exmandatarios who have ended up in court.

It happened with Lula in Brazil, Cristina Kirchner in Argentina, Rafael Correa in Ecuador, Alberto Fujimori in Peru or Ricardo Martinelli in Panama.

Overwhelmed by the crisis unleashed by the pandemic and on the eve of completing two years in power, President Duque has defended the former head of state tooth and nail.

I am a believer, I have been a believer and I will always be a believer in the innocence of Álvaro Uribe Vélez, Duque repeated in interviews with the media.

The decision against the Colombian right-wing leader promises to unleash a political earthquake.

Government supporters consider it unfair that Uribe ends up in prison while his enemies, the former FARC chiefs, respond freely in the face of the justice of the peace created to sanction the most heinous crimes committed in the course of the Colombian conflict.

However, external critics like José Miguel Vivanco, from the NGO Human Rigths Watch, welcomed the decision.

I congratulate the Supreme Court for acting responsibly in ordering Uribe's house arrest. The Court shows that everyone - even the most powerful - is equal before the law. Judicial independence must be respected, he posted on Twitter.