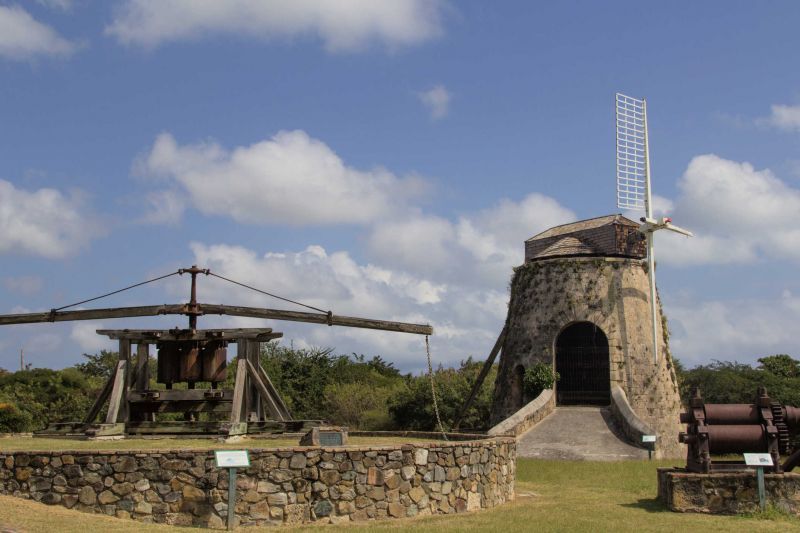 A measure sponsored by Delegate to Congress Stacey Plaskett for the designation of St. Croix as a National Heritage Area (NHA), has been included in the National Heritage Area Act, which has been approved in both the House and Senate and is expected to be signed into law by US President Joe Biden.
The bill assigns the Virgin Islands State Historic Preservation Office as the local coordinating entity to oversee and develop programs and projects that recognize, protect and enhance important resource values in the Heritage Area. Importantly, it makes federal funding available to develop recreational and educational opportunities to inform and engage youth on the heritage of St. Croix.

Ms. Plaskett, a Member of the House Ways and Means, Budget and Agriculture Committees late Wednesday spoke to the significance of this bill's approval.  “It is important for economic development, tourism and indeed cultural identification and validation, to have federal government support historic markers and designation throughout the country," she said.

The congresswoman shared that until this week, there were only 55 NHAs in the U.S. "My predecessor, Dr. Donna Christian-Christensen, introduced legislation in 2003 to authorize a feasibility study of the NHA designation for the island of St. Croix and successfully included a congressionally directed feasibility study in the National Heritage Areas Act of 2006. More than 10 years ago, in September of 2010, the National Park Service completed this study and concluded that St. Croix meets the evaluation criteria for this designation," she explained.

Ms. Plaskett thanked Senator Angus King, who introduced the National Historic Area Act, a companion measure to Ms. Plaskett's bill, leading to important Senate hearings. "I am now pleased to announce that the designation of St. Croix as a National Heritage Area is included in S.1942, the National Heritage Area Act, which has been passed by both the Senate and House of Representatives. The rich and varied history of St. Croix lends itself to an intriguing set of themes that connect people to the distinct resources of the island and contribute to the overall heritage of our nation," she said.

She said the Virgin Islands State Historic Preservation Office is designated as the local coordinating entity charged with developing a management plan for the heritage area, in consultation with other local organizations that were involved in the planning and development of the heritage area. "I express my sincere gratitude towards Senator King for his support, my predecessor, Dr. Donna Christian-Christensen, and all those tireless community groups, nonprofits, culture bearers and residents who continued to push for this designation," she said.

Ms. Plaskett added, "The St. Croix Heritage Area Act passed unanimously in the Senate Tuesday night, and the Omnibus will be taken up before the end of the week. After successful passage in the House, both will be sent to the president’s desk to be signed into law. I cannot tell you how elated I and my staff are to be the instruments by which in some measure there is acknowledgment of our beautiful, culturally rich home and the tremendous spirit of our ancestors."

In addition to the NHA measure, legislation Ms. Plaskett sponsored to direct the secretary of the Interior to install a plaque at the peak of Ram Head in the U.S. Virgin Islands National Park on St. John to commemorate the 1733 Slave Rebellion, H.R. 7496, is included in H.R. 2617, the Omnibus bill.

"Once passed in the House and Senate this week, the contents of the Omnibus will be signed into law by President Biden," she said. "The language of the bill requires that the plaque will commemorate the rebellion and raise awareness of the significance of the location. While the National Park Service would decide on the aesthetic details and location of the plaque, the memorial must contain important facts about the Slave Rebellion, a mention of the notable collective suicide that occurred in the vicinity of Ram Head; and the overall significance of the island-wide rebellion to the history of St. John, the Virgin Islands, the United States and the African diaspora."
#the Virgin Islands  #Joe Biden