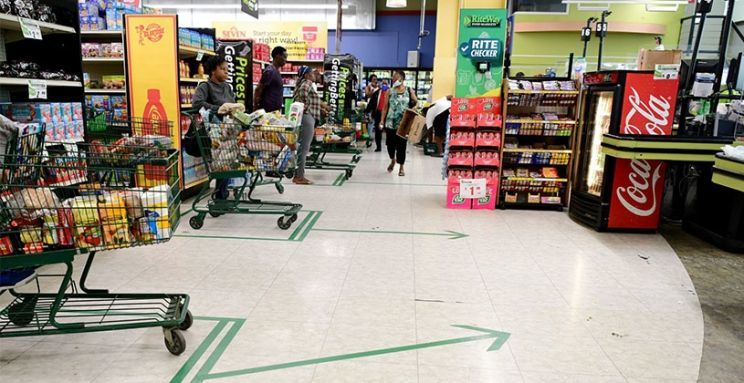 Consumers Will Feel The Brunt Of BVIPA's Fees Hike

Opposition Leader Marlon Penn has warned that consumers will be the ones being adversely affected by the latest fee hike instituted by the BVI Ports Authority (BVIPA).

Hon. Penn, who was at the time speaking on NDP Radio last night, March 15, said, "The port cannot raise its fees on persons who bring goods in the territory and say look, we are going to raise your fees sometimes, 30, 40, 50 per cent or even beyond, some fees are exorbitant and say "look we care about you as a business." They are going to take that increase and pass it on to the consumer who is already struggling."

He added, "The government has to lead by example, you cannot ask other persons to take the brunt of the weight of the economy, and then you are putting the pressure on the businesses and pressure on the man on the street."

The Opposition Leader explained that in reality, if the cost of doing business goes up, the cost on the consumer is going to go up.

"The supermarkets, persons who are going to provide goods to the retail market in the BVI are going to feel the pinch. So it makes it more difficult now for me as a consumer when my revenue base has already been eroded," he lamented.

The new fees were slated to take effect from March 1; however, the BVIPA said it was mulling the concerns surrounding its recent announcement to increase fees at their facilities and gave residents the assurance that the matter is being reviewed.

Nonetheless, via a release issued on March 11, the BVIPA said in an effort to address concerns expressed by the public and its stakeholders, the Authority sought to review the fee schedule accordingly to make for an easier compliance and implementation process by stakeholders.

Consequently, the fee increases is to be implemented in a phased approach.

"The general increase in fees has become necessary for the provision of important upgrades to the operations of the Ports, which will enhance the efficiency and effectiveness of the ports to deliver on promised services. As part of upgrade plans, all Ports across the territory will be developed to meet modern standards in facilities and services," the BVIPA outlined.

The BVIPA indicated that stakeholders, and the public, will be apprised of progress throughout the process.

"Furthermore, in an effort to strengthen the partnership with our stakeholders, the BVIPA will engage in a series of information-sharing and gathering engagements with various stakeholders, including our clients, the wider business community and our internal staff," the BVIPA stated.

The BVI Chamber of Commerce and Hotel Association (BVICCHA), via a media statement, placed on record their displeasure with the new fees and the lack of consultation before the fees were amended and coming into force.

Addressing the matter via a media release on Monday, the chamber said: "Now is not the time for fee hikes" pointing to the current state of affairs of doing business in the territory as an example.

"For the most part, businesses are already doing their part. Businesses pay their fair share of mandated fees and taxes. And yes, cost increases (inflation) happen, but when you see a fee increase of 500%, that's from $500 to $2500, that's just borderline madness," the release stated.

According to the BVICCHA, "The cost of doing business is already too high. These increases will have to be passed on to consumers who are already struggling to make ends meet in some cases."

The new fees were approved by Minister responsible for Ports, Premier and Minister for Finance Hon. Andrew Fahie on December 18, 2020.

Since then, the BVICCHA said their office had been bombarded with calls from the business community complaining about the matter since the BVIPA issued a release informing residents of the changes recently.