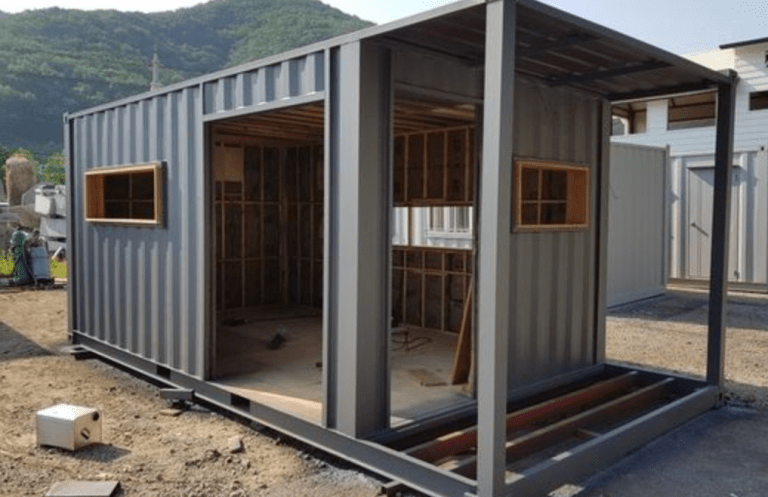 Radio talk show host and clergyman Pastor Claude Skelton Cline said BVI authorities should not allow persons to use 40-foot containers to build homes as this has the potential to devalue the ‘housing stock’ in the territory.
Speaking on his Honestly Speaking radio show on October 18, Skelton Cline said he noticed that large shipping containers were being used to construct a building in his neighbourhood. He said the Town and Country Planning Department confirmed that the structure being built is a house.

However, Skelton Cline said he is totally against these types of dwellings as they will not only devalue real estate in the territory but are not suitable to withstand certain natural disasters that usually affect the BVI.

“Since when do we approve containers as residential boarding in this country? What becomes of the housing market in terms of the value of properties? You have the issues of structural integrity, we are living in an earthquake, hurricane zone. How is this in the best interest of the country?” Skelton Cline questioned.

He said he bears similar sentiments for the importation of old vehicles and right-hand drive vehicles into the BVI.

“My goodness! Where is the leadership? What is it that has made the Virgin Islands the dumping ground for everybody’s stuff? And we accept it — hook, line and sinker. What culture and standards are we trying to maintain? Or do we not have any?” Skelton Cline argued.

The clergyman said regulations should be put in place to stop the building of container dwellings as the approval of one will encourage others to build similar structures.

BVIslanders generally take pride in building and preserving multi-storey and multi-generational homes. Many use their properties as a source of income — renting to expatriates or hosting short-term renters such as Airbnb guests.
#the Virgin Islands