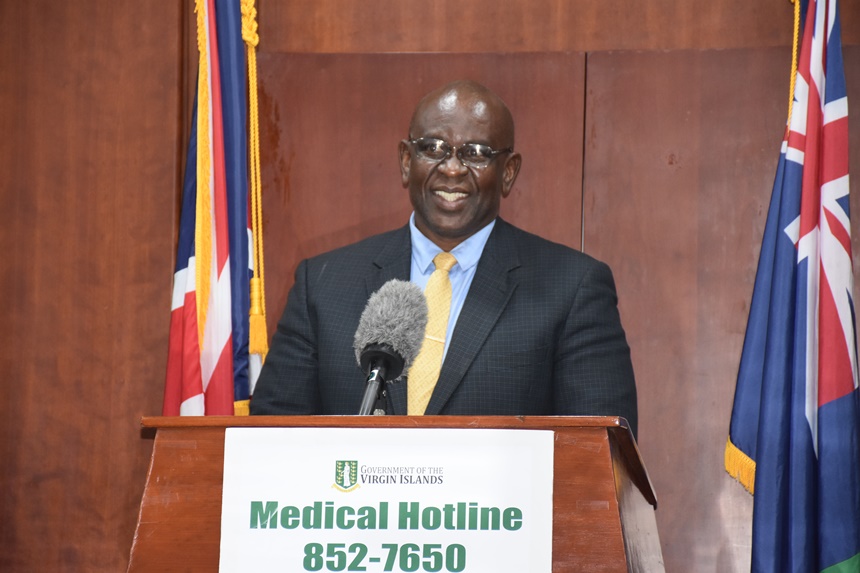 All persons allowed to enter the British Virgin Islands under Phase II of the government’s Restricted Border Re-opening Plan will have the option to quarantine in a government-designated facility free of charge until the end of September.

This is according to Health Minister Carvin Malone who told BVI News this decision was made “after intense analysis” and after a number of consultations.

“It was deemed to be prudent to look at what amount would be sustainable to persons who may wish to privately quarantine in their own homes, and those who basically would in fact be using government’s facilities,” Malone said.

This $3,500 is to cover the cost of 24-hour security. It represents a vast reduction from the previously stipulated $6,048 quarantine cost.

Subsidised fee for all facilities from October 1

The Health Minister further said that after September, all persons allowed to enter the BVI will have to be quarantined for a fee.

However, this fee will also be subsidised by the government.

“After September 30th — and you go to October 1st — then there would be an imposed $2,500 for work permit holders and others who may wish to come after because most of the people would have already come in between now and the end of September,” Malone stated.

Non-locals can now re-enter the BVI

In a national address last Friday, Premier Andrew Fahie announced a number of categories of persons who would be allowed to enter the territory during Phase II of the BVI’s border reopening.

From August 15, dependents, persons employed to government agencies, as well as persons who departed the territory for medical purposes and those who accompanied them, will be allowed to enter the territory by application to the Health and Immigration ministers.

He further said work permit holders, work permit exemption holders, students and a number of other persons will be allowed to enter from September 1.

The BVI will remain closed to tourist arrivals