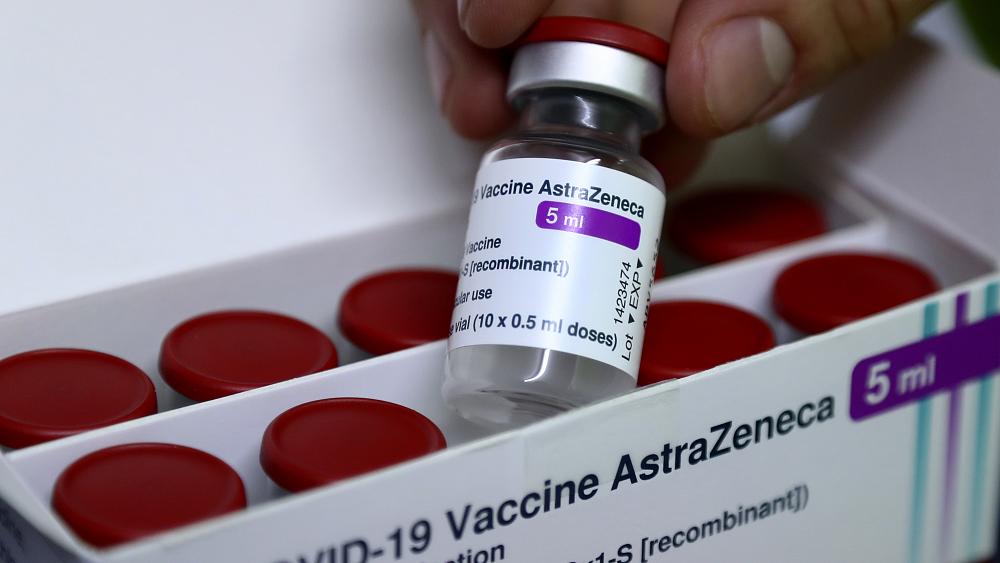 A senior UK government minister has warned the EU after the president of the European Commission threatened to block vaccine exports, saying "the world is watching".

Defence Minister Ben Wallace said it would be "counterproductive" to block AstraZeneca's exports, the day after Ursula von der Leyen said a ban was possible. The Commission -- which has responded by calling for calm -- accuses the company of failing to meet agreed delivery targets.

"The European Union will know that the rest of the world is looking at the Commission about how it conducts itself on this," Wallace told Sky News. "If contracts get broken... that is a very damaging thing to happen for a trading bloc that prides itself on the of law."

The EU and the UK have been sparring for weeks over vaccine exports. The continent faces an ongoing shortage and countries are struggling to speed up their programmes.

Meanwhile inoculations continue apace in the UK, which says it has vaccinated half the adult population. Boris Johnson has tweeted new figures showing a new daily record of 873,784 jabs on Saturday.

"Trying to... build walls around this would only damage both EU citizens and United Kingdom," the minister later said in another interview.

European Commissioner Mairead McGuinness responded by saying allegations of "vaccine nationalism" levied at the EU by the UK government were unfair.

"We could be accused of vaccine internationalism, because we have exported to 31 countries, including the United Kingdom," she told the BBC, adding that all options were on the table but no decision had been taken.

"I think we all need to calm down, look dispassionately at the situation, around the raw materials for vaccines, how they're produced, and how we might ramp up that production," McGuinness said.

The UK was the main recipient of EU-manufactured vaccines, receiving approximately 9.1 million doses.

European Council President Charles Michel accused the UK of imposing an "outright ban" on vaccine exports, a claim dismissed by the British government as "completely false".

But as coronavirus infections soar in parts of Europe, on Saturday the Commission president again stepped up the pressure on pharmaceutical companies over vaccine supplies.

Ursula von der Leyen said AstraZeneca in particular could face export bans to countries outside the EU if it didn’t quickly meet its agreed targets "before you start to deliver to other countries". She said its contract with the EU provided for the delivery of doses produced both on EU territory and in the UK.

"However, we have not received anything from the British, while we are providing them," von der Leyen added, asking "why we export millions of doses of vaccines to countries which produce vaccines themselves and they do not send them back to us."

AstraZeneca is due to deliver 70 million doses of its anti-COVID vaccine in the second quarter, far fewer than the 180 million promised in the contract signed with the EU. In the first quarter, the EU is expected to have received a total of some 30 million doses, compared to 90 million planned by the Swedish-British pharmaceutical group.

The Commission has been blamed over the vaccine procurement process, however, its negotiators accused of being less savvy than their counterparts elsewhere in the UK and the US and of failing to secure priority for supplies.

Several nations -- including France, Germany and Italy -- have resumed vaccinations with the AstraZeneca-Oxford jab after a four-day pause. Others will restart this week. A handful of countries have continued their suspensions pending further investigations into rare cases of blood clots.

The European regulator concluded that the vaccine was "safe and effective", with the benefits outweighing the risks. The suspensions have been criticised by many health experts. Some political leaders took the jab on Friday, seeking to encourage its use.