Chairman of the Constitutional Review Commission (CRC) Mrs Lisa E. Penn-Lettsome says arguments continue for and against the implementation of political term limits in the Virgin Islands (VI), with one good suggestion being the staggering of political terms by those elected to the House of Assembly (HoA).

Mrs Penn-Lettsome was at the time a guest on ‘Real Talk’ with host Karia J. Christopher and guest Ronnie W. Skelton on December 8, 2022.


“Our job is to solicit from the public what their views are and what they would like to see. So since we started the public consultations, we've actually heard this suggestion [term limits] quite a number of times and their pros and cons. Some people are for it and some people are against it,” Mrs Penn-Lettsome told Mrs Christopher.

“One of the disadvantages with it… [is] Something is not right with accountability if one person is in the legislature for decades without any break or so in between, especially if that's the case, if they are consecutive terms,” she said.

Mrs Penn-Lettsome said drawbacks raised by those who are against term limits include that it would lessen the pool of persons who were potentially interested in politics.

“It would probably make it less attractive for them because we have to bear in mind when politicians give up their day-to-day, ordinary 9 to 5 job, it's very difficult for them to get back into the mainstream if they're not successful in politics.

“So, the argument is that it may make it more unattractive to encourage persons to run for political life if there were term limits, and we've heard counterarguments to that… that they actually think it's the opposite.”

Mrs Penn-Lettsome said; however, one good suggestion they have received is to meet halfway and not have full-term limits but staggered political terms. 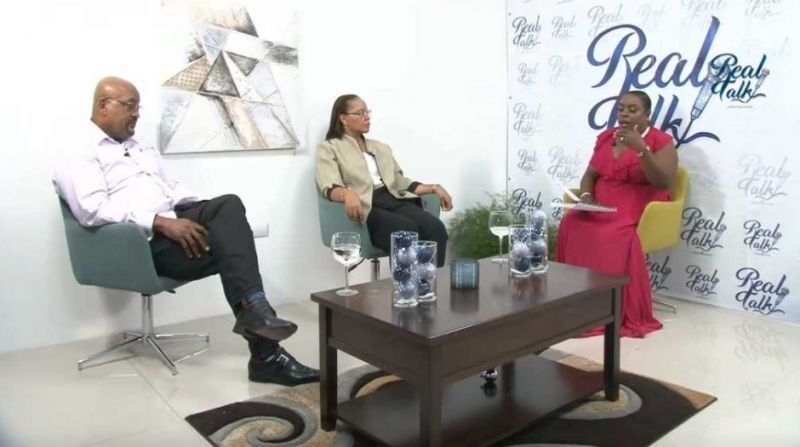 Mrs Lisa E. Penn-Lettsome was at the time a guest on Realtalk with Karia J. Christopher alongside Ronnie W. Skelton on the topic of the Virgin Islands Constitution and its review.

Term limits should not be for everyone- Ronnie W. Skelton


Seasoned politician Mr Skelton said in the case of the US political and US Congress, there are no overall term limits.

He noted; however, there are term limits on presidents and governors and added that he would support term limits for positions like the Premier and Speaker of the House, along with a system to recall elected district politicians.

“But if we want the best Westminster system, where you have a legislature and you have a premier, then if you put systems in place that the Constitution and the Standing Orders talk about, then there will be no need for term limits for everybody,” Mr Skelton said.
#the Virgin Islands