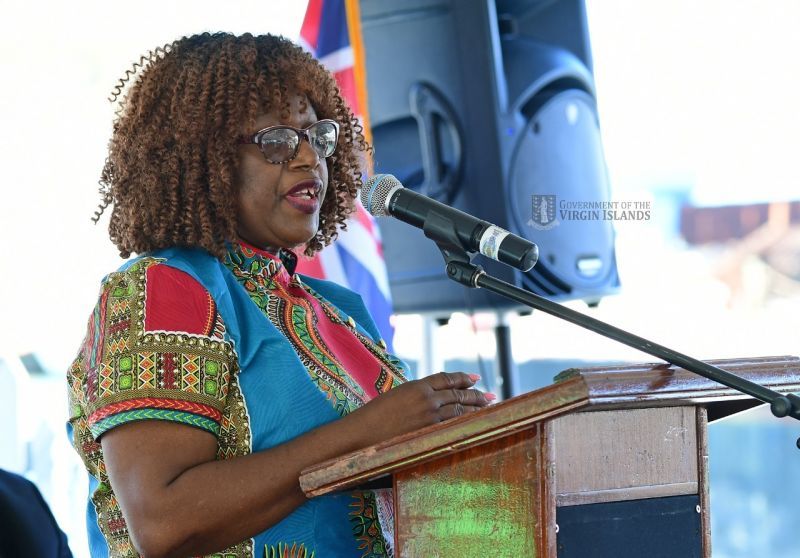 According to Premier and Minister of Finance Dr the Hon Natalio D. Wheatley (R7), Hon Maduro-Caines will now be the Junior Minister for Culture and Tourism.

Premier Wheatley made the announcement during a press conference to announce Culture and Tourism Month on Thursday, October 27, 2022.

‘I can’t think of anyone better’- Premier

“And let me just say at this point that the culture portfolio will be assigned to the Junior Minister and she will be the Junior Minister of Culture and Tourism and I can’t think of anyone better to take forward those two portfolios and make them work,” Premier Wheatley stated.

This he said began from the time he was in the Ministry of Education, and pointed out that Culture week and Tourism Month are both observed in November.

“And we decided that a week was not long enough to celebrate our culture and therefore we wanted a month-long celebration of culture and it only made sense for us to combine our culture week and what became our culture month with tourism month.”

Taking it to the ‘next level’

Dr Wheatley said the Government of National Unity wants to take observances to the next level because of the mandate to diversify the territory’s tourism product.

“And we have a mandate to place more emphasis on culture even among our local residents.”

Meanwhile, a Fungi Fest is on the slate as part of the activities for Culture and Tourism month. This event will be led by Hon Maduro-Caines.