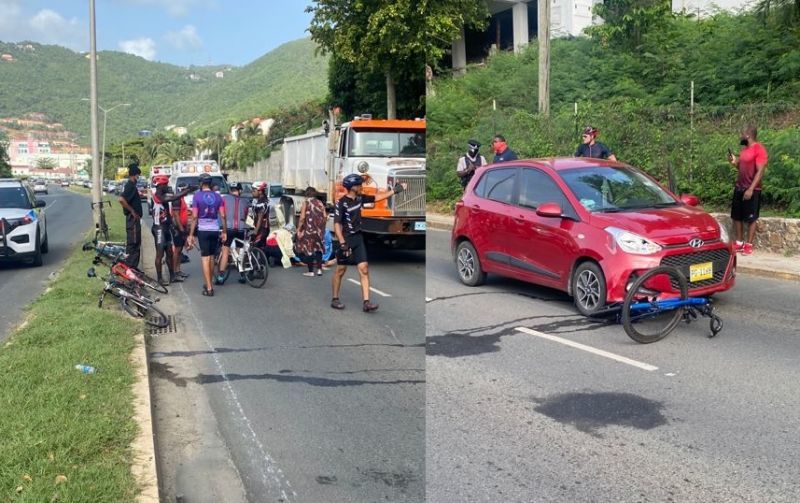 Cyclist run down by car on James Walter Francis Drive

A pedal cyclist was taken to Dr D. Orlando Smith Hospital this morning, August 29, 2021, after he was struck while riding on the eastern carriageway of James Walter Francis Drive in the vicinity of the new B&F Medical building.

It is unclear what were the circumstances surrounding the mishap, however, photos sent to our newsroom showed the man's cycle partially under a small car.

Emergency Service Technicians (EMTs) were seen attending to the injured cyclist a few yards away.

Other cyclists were seen on the scene.

Police were also noticed speaking to the driver of the car involved. 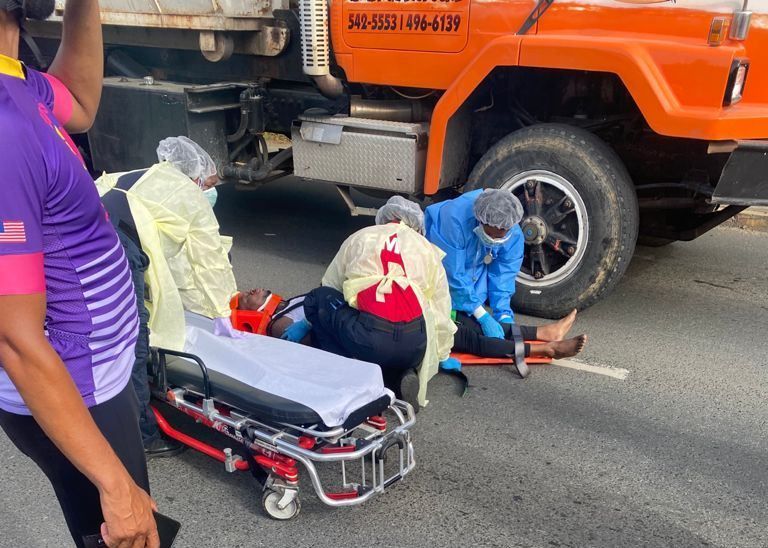