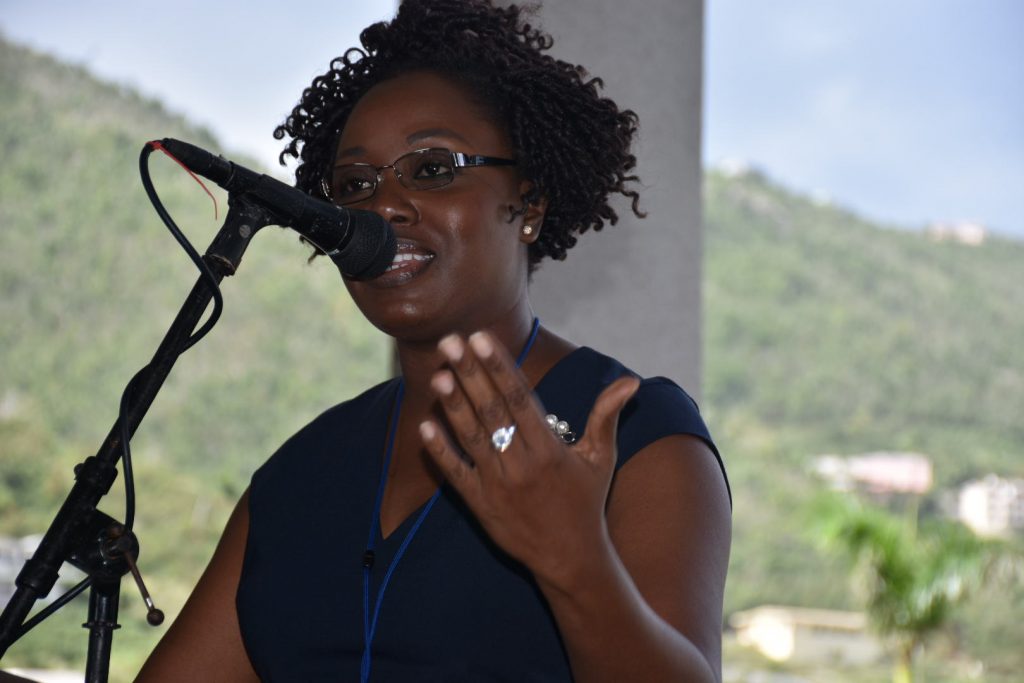 Permanent Secretary in the Ministry of Health & Social Development Petrona has been given a “special assignment” to serve as Policy Specialist for the territory’s social sector.

The assignment is for the next two years but could last longer.

As Policy Specialist, Davies will focus on providing “direct support for the development of policies and core legislation within the ministry”.

She commenced those duties this week. And while she is assigned as Policy Specialist, Tasha Bertie will return to act as the ministry’s Permanent Secretary — a post which she recently took up for November 2020 to February 2021.

Below is a government media release on Davies’ assignment:

Permanent Secretary in the Ministry of Health and Social Development, Ms. Petrona Davies began a special assignment as Policy Specialist for the Social Sector this week.

The appointment, which is for two years in the first instance, will see Ms. Davies focus on providing direct support for the development of policies and core legislation within the Ministry of Health and Social Development.

Minister of Health and Social Development Honourable Carvin Malone said that Ms. Davies’ assignment is aligned with the ministry’s strategic priorities and operational plans, and with Government’s agenda for continued advancement in healthcare and social services.

“Ms. Davies is a very knowledgeable advisor, and I look forward to her expertise and guidance as we work to modernise legislation as well as internal policies to improve the Territory’s social services sector,” Honourable Malone said.

While Ms. Davies is assigned as Policy Specialist, Ms. Tasha Bertie will return to act in the post of Permanent Secretary in the Ministry of Health and Social Development, a post which she recently took up for the period November 2020 to February 2021.

Deputy Governor, Mr. David D. Archer, Jr welcomed both assignments as further development of the transformation of the Public Service.

Mr. Archer said, “Sector-specific policy specialists lend greater sophistication and efficiency to the services provided by our public officers. This is a significant contribution to the overall effectiveness of the Public Service.”

His Excellency the Governor, John J. Rankin, CMG agreed to the assignment of Ms. Davies as Policy Specialist for the Social Sector on the advice of the Public Service Commission in accordance with section 92 of the Virgin Islands Constitution.

Ms. Davies was appointed as Permanent Secretary with effect from June 2008, and previously served as Deputy Secretary in the Premier’s Office; Coordinator, Public Sector Development Programme; and Executive Director, National Drug Advisory Council under the then-Ministry of Health and Welfare.