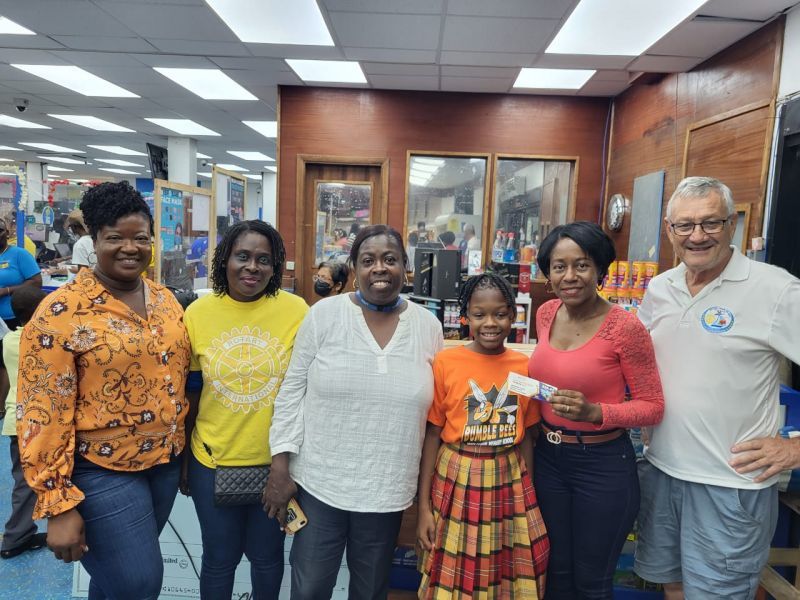 Mrs Dawn Barzey-Boyea is the winner of the Rotary Club of Tortola’s Grand Raffle, which was drawn on September 16, 2022, at One Mart Supermarket.

The raffle was held to raise funds to improve and upgrade the Dr D. Orlando Smith Hospital’s blood bank and storage facilities.

A second prize of $5,000 was drawn on August 2, 2022, during the August Festival horse races at Ellis Thomas Downs. Mr Ogan Baronville won that prize.

Two early bird drawings of $1,000 each were made in July and were won by Mrs Adeline Vanterpool and Ms Ayana Glasgow. 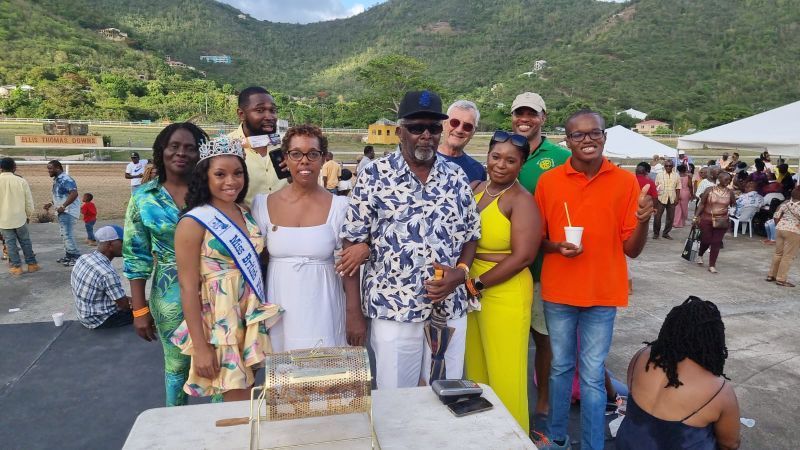 The second place draw of $5000.00 in the Rotary Club of Tortola’s Annual Raffle was won by Mr Organ Baronville (black cap) at the August Tuesday Horse Races at Ellis Thomas Downs in Sea Cows Bay on August 2, 2022.

According to the Rotary Club of Tortola, net proceeds from the raffle totaled over $23,000, “which will go a long way towards funding the Blood Bank project.”

Club President Valerie Georges-Thomas expressed her delight with the outcome of the Grand Raffle stating that, “our Club members worked very hard on this fundraising venture and we are very happy to have succeeded in raising a significant amount of money which is all earmarked for the Blood Bank project.

“We remain steadfast in our plans to make this important upgrade to the Blood Bank a reality in this current Rotary year because it will hugely benefit every member of the community in a very tangible and meaningful way. No one knows when he or she may fall ill and will need blood. It is important that our health services are in a position to provide blood as needs demand,” Georges-Thomas stated.

The Rotary Club of Tortola expressed appreciation to a number of persons who assisted and contributed significantly towards ticket sales and all the proceedings during the Grand Raffle. They include the VI Horse Racing Association, the Virgin Islands Festival and Fairs Committee, One Mart Supermarket, Rite Way Food Markets, Clarence Thomas Limited, Bobby’s Supermarket, ticket sales vendors and the general public.