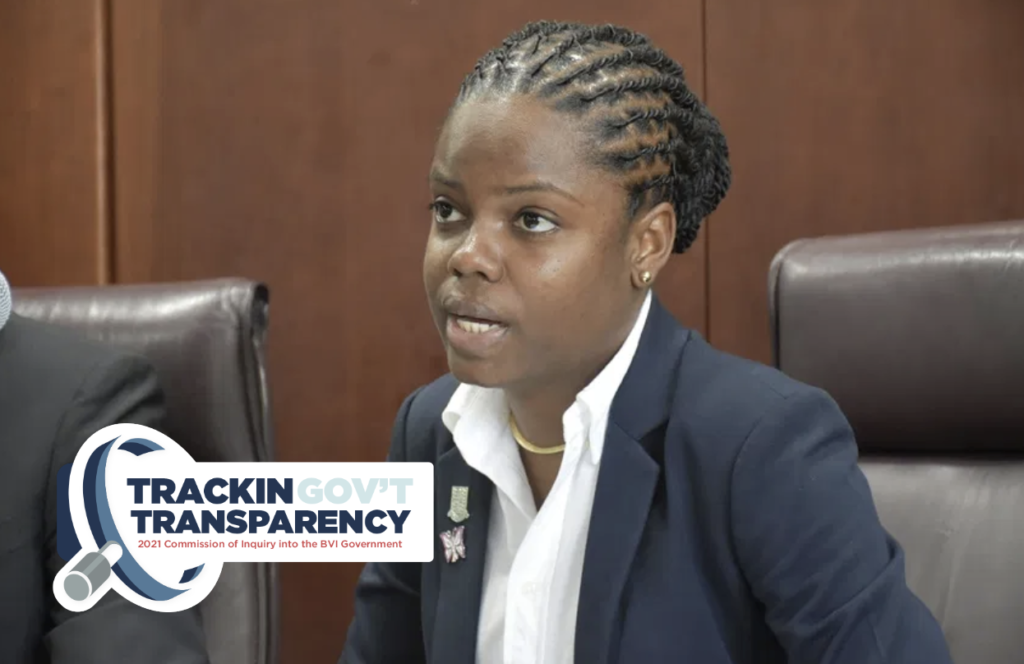 First-term legislator Sharie de Castro suggested that there is a need for legislative improvements in campaign-financing as well as transparency and accountability in governance.

The legislator made the suggestions while giving evidence before the ongoing Commission of Inquiry (COI) Monday.

She told the COI that, oftentimes, political campaigns are funded at the candidate’s expense and explained that while donors do sometimes come forward, there was generally a mixture of self-funding and donor funding that supported political candidates running for office.

“To my knowledge, just to answer your initial question, there is no law as it pertains to the issue of campaign financing,” de Castro said in response to questions from COI attorney Bilal Rawat.

She further told the COI that with regard to whether House of Assembly (HOA) members received sponsorship, funding was generally requested of legislators by their constituents and not the other way around.

Among the fixes to which de Castro alluded were refinements to legislation that would address issues such as an apparent loophole in the definition of what constituted an ‘immediate family member’. For example, if an HOA member has an adult sibling who has a contract with government, should that member be required to declare that business into the Register of Interest?

The Register of Interests is a record kept of the financial interests of HOA members. Its purpose is to give them the mechanism to publicly declare any private interests which may conflict or may be perceived to conflict with their public duties. Private interests include that of immediate family members such as spouses.

De Castro said in a letter to the COI that she intended to recommend to the HOA that a paragraph on members’ submissions to the Registrar be amended to expressly mention what constituted “immediate family members”.

De Castro told the COI the definition of immediate family members was subject to interpretation by HOA members. She further said there was “absolutely no guidance” as it relates to legislators assisting family members with public funds.

During the hearing, COI attorney Bilal Rawat raised a question of whether there is a possibility that legislators could be viewed as engaging in vote-buying since there did not appear to be significant checks and balances on how electoral district allocations distributed.

This is question was based on de Castro’s statement to the COI that legislators are given $150,000 (less in the case of district representatives) each year for distribution to their constituents. She explained that projects legislators decide to support are at their discretion and are decided based on whether they might be of importance to the community.

She further disclosed that while there is a document that offers guidance on how the allocations are to be distributed, there was no maximum amount stipulated that can be given to any single recipient. Rather, allocations are decided on a needs basis.

Funding, she further explained, was prohibited from being given to immediate family members or House of Assembly staff.

De Castro also told the COI that she was in support of publicising how HOA members spent their allocations since it was public funds that were being used.

Her fellow government member Shereen Flax-Charles also appeared before the COI on Monday and unreservedly said she believed in full transparency of public spending.