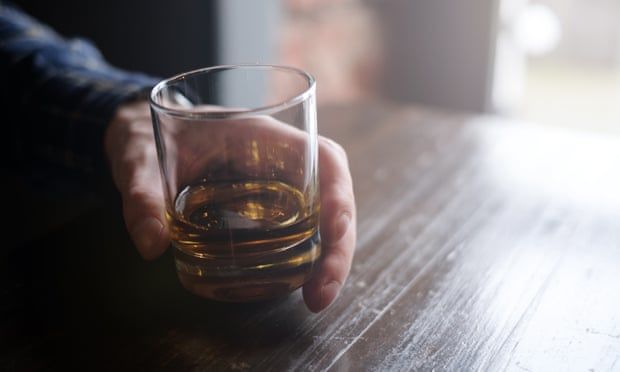 Deaths caused by alcohol at highest level since 2008 in Scotland

There were 1,190 alcohol-specific deaths in Scotland in 2020, an increase of 17% from 2019 and the highest number registered since 2008 when 1,316 people died, according to figures published by the National Records of Scotland (NRS).

The tally of alcohol-specific, rather than alcohol-related, deaths excludes those only partially attributed to alcohol.

After annual increases between 2012 and 2018, the number of alcohol-specific deaths fell by 10% in 2019, which experts took as early evidence of the success of minimum unit-pricing (MUP) for alcohol, which was introduced in May 2018 in order to tackle Scotland’s chronically unhealthy relationship with alcohol and is currently fixed at 50p a unit.

More than two-thirds of last year’s deaths were of men, and almost one in three were of people in their 50s and 60s. Inverclyde and Glasgow City had the highest rates over the past five years, and the NRS calculated that the death rate in the most deprived areas was 4.3 times the rate in the least deprived areas in 2020.

Responding to the figures, Alison Douglas, the chief executive of Alcohol Focus Scotland, said that the reversal of last year’s reduction was “devastating to see”.

“Scotland has made good progress in addressing the problems we have with alcohol by introducing policies like minimum unit-pricing which is showing promising results. Yet the impact of the pandemic threatens to undermine this progress. Many people, particularly heavier drinkers, have reported that they have increased their drinking during the last 18 months. The effects are felt most by those living in our poorest communities, who are eight times more likely to die due to alcohol.

“If we are to prevent more people losing their lives to alcohol and to reduce health inequalities we need to redouble our efforts by reducing the availability of alcohol, restricting its marketing and by uprating minimum unit price. Importantly, we also need to make sure that support is available to those who need it now.”

The NRS data also revealed a decrease of 3% in probable suicides registered in Scotland in 2020, to 805, but showed that between June and September there were 28% more suicides than usual for those four months. Last year 71% of suicides were of men, with deprived areas of the country experiencing the highest rates.
#Covid