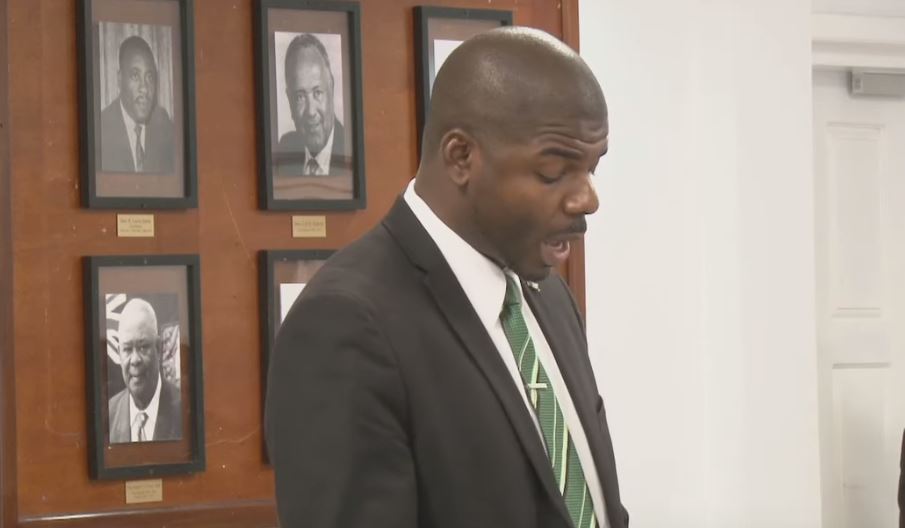 Deputy Premier ashamed of complaining to past governor

Deputy Premier Dr Natalio Wheatley said he is ashamed of having complained to a former governor about a political grievance he (Dr Wheatley) held in the past.

Dr Wheatley, who was debating the government’s Integrity in Public Life bill during a virtual sitting of the House of Assembly yesterday, disclosed that he had gone on at least two separate occasions to complain about various issues.

“The second one had to do [with]; I believe it was the BiWater case. And really, when I think back on it, I’m somewhat ashamed of myself for going to the governor to complain about anything that’s under the authority of our own local government,” the Deputy Premier said.

Dr Wheatley expressed that, in the first instance, governors did not have the constitutional power to intervene in these areas.

“These are areas which have been devolved to our local government and this whole idea of running to the governor every time we are displeased with some decision, we have to stop it,” the first-term legislator stated.

Persons should repent for complaining to governor

Meanwhile, Dr Wheatley accused the immediate past governor, Augustus Jaspert, of using hearsay and gossip as a pretext for instituting a Commission of Inquiry in the territory.

“We have to stop looking to the governor to solve our problems as a people,” Dr Wheatley said.

The legislator called it a travesty that persons would go to the governor to suggest that the sitting Virgin Islands Party (VIP) government be replaced.

“It’s a betrayal of democracy and a betrayal of the people of the Virgin Islands, and we cannot tolerate it. Those persons who were involved in such things, just repent, just repent of it and just say that’s not something that we should have done and let’s move forward,” Dr Wheatley said.

He argued that there were several democratic tools at the disposal of residents to air their concerns, including public meetings, rallies, protests and elections among others.

He said while the governor has a role to play, for the BVI, maturity as a people meant putting institutions in place which are accountable to the public.