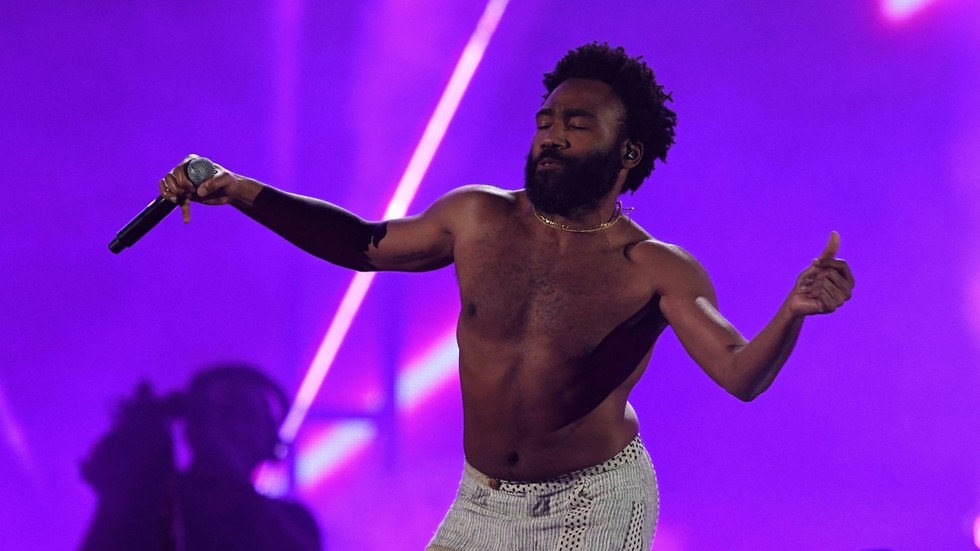 Did Childish Gambino call out cancel culture? The battle over the meaning of his tweets perfectly captures US’ cultural divide

Donald Glover took to Twitter to seemingly blame cancel culture for the low quality of modern entertainment. Or did he? The debate about what he meant, with users seeing what they want to see in his words, sums up the culture war.

To say that Donald Glover, aka Childish Gambino, has creative chops would be an understatement. He’s not only a Grammy Award-winning recording artist, but has acted in and written several incredibly successful shows and films, and raised laughs as a stand-up comedian – a true Renaissance man of the arts.

He’s also a very private individual, so when he went on Twitter and discussed the idea of the fear of cancelation being responsible for a lack of creativity in the arts, it came out of leftfield.

Glover’s remarks could be taken two different ways. The term “canceled” could, of course, be referring to cancel culture. He could be talking about the fear that every creative individual faces whenever it comes to creating something new. Speaking as a comic book writer, I would be lying if I told you there wasn’t a persistent hint of doubt in the back of my mind that a hate mob could come after me on social media for not expressing what I’m “supposed to” because of my skin color, religion, or any other number of arbitrary qualifiers.

The other possibility is that he was talking about a television program literally being canceled by a network. He’s currently the creator, writer, and executive producer of the show Atlanta, and plenty of TV creatives have gone on record saying it’s a constant worry for anyone who works in that area of the arts. Nobody wants to be the person who gets the phone call confirming their show will no longer exist next season, and they need to wrap it up.

I’m of the opinion that Glover was thinking more of the former than the latter, however. And it seems I’m not alone in that thought. Cassie da Costa recently penned an op-ed for Vanity Fair in which she discussed the idea of Glover referencing cancel culture.

That said, Da Costa disagreed with the suggestion that cancel culture is causing a lack of creative edge, and bolstered her argument by pointing out that Woody Allen, Mel Gibson, and Roman Polanski have all gone on to receive professional praise after potentially career-ending scandals. I can’t agree with that take, though, on the grounds that it’s odd to compare what the aforementioned individuals went through to losing a job purely because of the wrath of a social media mob. I think individual cases need to be examined on their own merits.

Ultimately, if Glover is indeed talking about cancel culture, then I agree with him 100%. The fact of the matter is that a culture that demands silence whenever the ‘wrong’ opinion is uttered will always stifle creativity. A creative mind relies on the ability to think freely. That mind must be able to explore different ideas and possibilities that go beyond skin color, sexual orientation, and any other mundanity, and those ideas might not always be palatable.

If we look at the world of TV for a moment, I wonder if a show like The Shield could even be made in this day and age. And would a comic book such as Watchmen be written? There are so many people out there who are fearful about what they can and cannot do that they simply stick to the safe options. Some of those safe areas, like superhero stories, can still be entertaining, but I have to confess that I find myself going back to older entertainment on a regular basis simply because, outside of that realm, there isn’t much. As Glover says, “They can only experiment with aesthetic.”

Beyond that, the row over his tweets is a perfect illustration of the gladiatorial, Twitter-acceptance-driven state of the current cultural world. Maybe even Glover himself is guilty of what he’s writing about – he’s “afraid of being canceled”, so he’s offering an ambiguous take that can be understood either way, dependent on the reaction.

I think Donald Glover will probably be enjoying the different interpretations of his statements. There’s a commonality between the two understandings: both acknowledge that fear ultimately curbs creativity. Then again, there could be a third option: he’s simply speaking his mind without an agenda. And if that’s the case, he might just be the only person on social media who’s doing so.