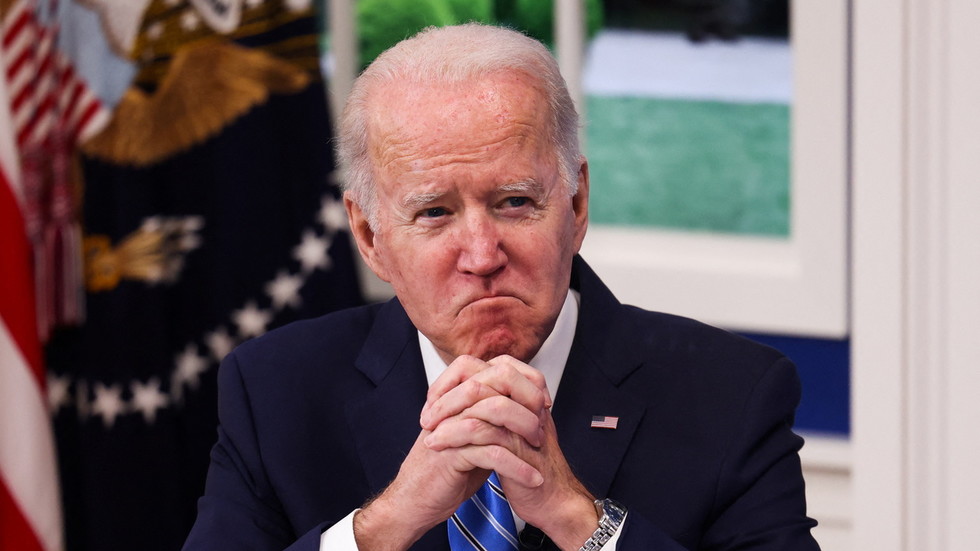 No, he didn’t make good on his campaign promise to “shut down the virus,” but by seemingly admitting defeat against Covid-19, Biden has opened a clear path to ending onerous pandemic restrictions and returning to normality.

President Joe Biden admitted on Monday that “there is no federal solution” to the Covid-19 pandemic. The statement paves the way for his mandates to be scrapped, but don’t expect liberals to go along willingly.

Speaking during a teleconference with governors, Biden followed this statement up by declaring that the pandemic “gets solved at the state level,” before shuffling onto a helicopter and departing for his home state of Delaware.

Delegating responsibility to the states was essentially the approach of Donald Trump, and a return to this policy represents a complete reversal of Biden’s campaign-trail promise to use the might of the federal government to “shut down the virus.” Far from shutting down the deadly pathogen, Biden has presided over more Covid-19 deaths than his predecessor and a current daily caseload higher than at any point since his inauguration.

Biden will be hammered for this failure by Republicans, but it’s as much a triumph of nature as a failure of government. The Omicron variant driving the latest surge in cases is highly transmissible, and early studies suggest that vaccines may be ineffective at stopping its spread. Likewise, areas of the country with strict masking and ‘vaccine passport’ requirements are experiencing unprecedented surges in transmission.

Against bureaucracy, Omicron is winning.

And Biden’s not the only high-level Democrat seemingly throwing in the towel. Asked by a reporter on Monday whether he’d reintroduce a mask mandate to “curb the spike,” Connecticut Governor Ned Lamont – whose own fully-vaccinated Christmas party has been branded a “super spreader” event – replied “Well, it’s not curbing the spike down in New York City.”

Meanwhile the Centers for Disease Control and Prevention (CDC) shortened its recommended quarantine time for people with Covid-19 from 10 days to five days, likely in a bid to save the economy from being ground to a halt by employees taking sick leave en masse as they come down with mild Omicron infections.

All of this signals a shift from containment to fatalism: accepting that Covid-19 cannot be stamped out, and must instead be lived-with. Many, particularly those on the right, have argued this from the outset, and other countries have grasped this reality already. South Africa – where Omicron was first reported – has stopped tracing and quarantining the contacts of Covid-19 cases, and now recommends that only those with symptoms “be tested and be managed according to the severity of the condition.”

Biden’s words on Monday were just words, and his administration’s onerous vaccine and mask mandates remain in place. Yet these words may have spelled the end for the mandates. The Supreme Court in January will hear challenges to two of these vaccine mandates – one affecting healthcare workers and another potentially affecting some 80 million private-sector workers – and it will likely be difficult for the federal government to make the case for compulsory vaccination when the head of the government has just admitted that solving the pandemic isn’t the government’s responsibility.

Should the mandates be stricken down, and there is every reason to believe they will be, the rulings would open the floodgates to further legal challenges. Biden’s masking requirement in federal buildings, along with similar rules for planes, trains and buses, could all be scrapped, as could vaccine requirements for federal workers and contractors.

Yet it’s foolish to believe that restrictions would be lifted nationwide overnight. Already, Covid policies vary drastically between blue and red states. The pandemic has essentially been over in Florida for a year or more, with no masking or vaccine requirements in place on a state level and with a governor, Ron DeSantis, fighting tooth and nail against federal mandates. New York, by contrast, is still gripped by pandemic fever, with even children having to show vaccine passes to eat indoors. Amid an historic crime wave, NYPD officers are being called to restaurants to haul out kids who haven’t had their shots. Covid case numbers in both states are broadly similar.

If Biden’s mandates were lifted, blue state liberals would beg their governors to fill the void. Even a cursory look at the online reactions to Biden’s statement on Monday reveals a whole swath of Democrat voters who are in no way ready to move past the pandemic. “What a pathetic excuse for a leader,” one liberal commenter wrote on Twitter, claiming that Biden is “leaving us all to die.”

Should federal mandates collapse, this hyperbole (Covid-19 deaths are dramatically lower than they were during previous surges, and the Omicron variant is significantly less deadly than previous strains) will be aimed squarely at Democrat governors, who will likely issue draconian edicts to satisfy their Covid-fearing base. This sizable bloc of Americans were even described by The Atlantic as “the liberals who can’t quit lockdown,” and they will surely demand that their leaders maintain the security theater.

Democrats and Republicans already read different media, buy different brands, and disagree on just about every issue of national importance. Absent nationwide mandates, crossing state lines could become an exercise in interdimensional travel, with the pandemic ceasing to exist in red states and continuing to rage in blue ones.

This would, of course, continue to expand the US’ mile-wide political divide. It could also fuel internal migration within the US, as Americans relocate to states more suited to their lifestyles. The liberal bastions of New York, California and Illinois saw the steepest population losses this year, with Florida, Texas, and Arizona seeing the most growth. Among other factors, the US Census Bureau attributes the blue loss and red gain to domestic migration.

Much of this is speculation, and hinges on an imminent court decision, as well as the assumption that the Omicron variant will remain a mild one. However, should this all come to pass, and should states chart their own, vastly different, courses on Covid-19, Biden can wave goodbye to another campaign promise: his pledge to “unify” and “heal America.” 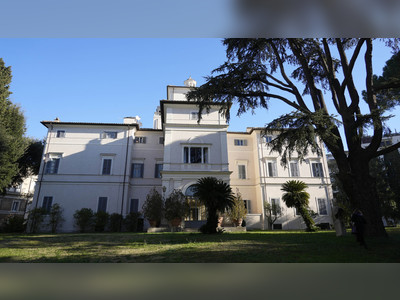