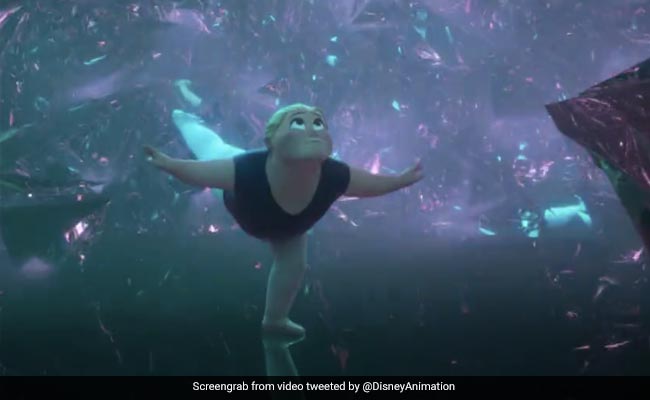 The first plus-size heroine from Disney appears in a film about body dysmorphia.

The American multinational mass media and entertainment conglomerate, The Walt Disney Company, debuts its first plus-size female lead in a brand-new animated short film about body dysmorphia. The movie is being praised for tackling self-doubt and body positivity.

According to the Guardian, the animation, Reflect, tells the story of Bianca, a young ballet dancer who "battles her own reflection, overcoming doubt and fear by channelling her inner strength, grace, and power."

"It forms part of Disney's Short Circuit series of experimental films, released on the Disney+ streaming service last month. The six-minute feature has been pitched as an uplifting tale of conquering body dysmorphia and self-doubt, " reported the news outlet.

Though the film was first released on the platform in September as a part of the studio's Short Circuit Experimental Films series, many social media users are now celebrating "Reflect" as a win for representation among young girls, CNN reported.

Body positivity is something Disney animation artist and director Hillary Bradfield strongly believes in, she said in an interview featured at the start of the short. Making the film from the perspective of a dancer felt natural.

"It's a part of the craft to be looking at your posture and checking things in the mirror, so it just seemed like a really good way to put her in that environment where she has to look at herself and she doesn't want to," Bradfield said.

"Sometimes you go to a dark place to get to a good place. And that just makes the good place that much more beautiful," Hillary Bradfield said in an interview before the film's release.