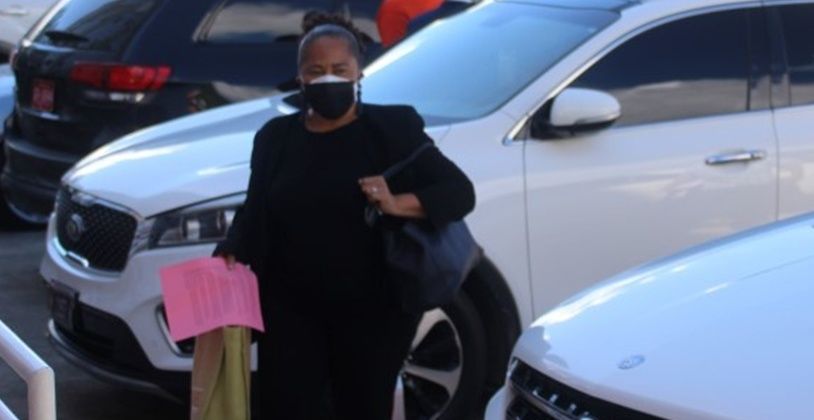 Junior Minister for Trade and Economic Development Hon. Shereen Flax-Charles told her colleagues in the House of Assembly (HoA) that disregarding the court’s decision is the first step towards a lawless society.

Her comments were made following a counter Motion by Opposition Leader Hon. Marlon Penn last Thursday, regarding the ongoing controversy surrounding whether taxpayers should pay for the legal fees associated with a failed injunction case that Speaker of the House of Assembly Hon. Julian Willock brought against three Commission of Inquiry (CoI) lawyers.

Hon. Penn’s Motion, in summary, was to move that the decision from Judge Adrian Jack shall stand undisturbed in the HoA.

The Motion was defeated, but the Junior Minister voted in support of it, along with the other Opposition legislators, Hon. Penn and Second District Representative Hon. Melvin ‘Mitch’ Turnbull.

Notably, now that the Motion by Premier and Minister for Finance Hon. Andrew Fahie was passed, it now paves the way for the setting up of a special committee which the Premier announced will consist of members-Hon. Mark Vanterpool, Hon. Vincent Wheatley and Hon. Julian Fraser.

Hon. Flax-Charles said to stand in the way of the court’s decision on this matter would be to “enfeeble the law with untold consequences.”

She continued: “The disregard of the jurisdiction of the court and the law is the first step towards anarchy Mr. Speaker and Mr. Speaker I want to go to the Oxford dictionary for persons who might not be certain what anarchy means Mr. Speaker. “A state of disorder due to the absence or non-recognition of authority or other controlling systems. A synonym is lawlessness.”

The At Large Representative pointed out that the temperature in 'our' communities is heightened, and persons are fully aware of what’s happening because information is now readily available, unlike 20 or 30 years ago.

“So for us to disregard the jurisdiction of the court and the law, we sometimes do not realize what those consequences would be. We have challenges here in the BVI Mr. Speaker, where we sometimes do see signs of lawlessness, and we as a House of Assembly must set an example, and while our opinions might differ, we must respect each other’s opinion,” she added.

She then called for everyone to respect and accept each other’s differing views and the public’s opinion, “whether it be one person, 10,000 or 30,000.”

During last week’s sitting of the HoA, several members of the public gathered on two days to protest against any considerations that taxpayers should foot Hon. Willock’s bill.