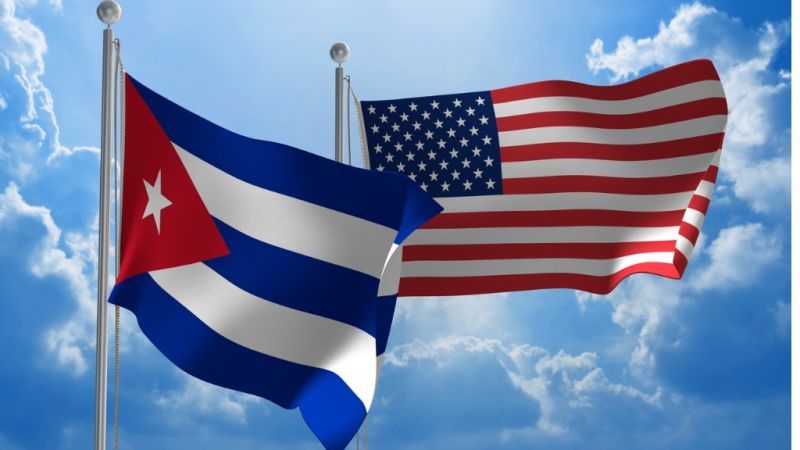 Dominica resolution urges end to US embargo against Cuba

The embargo, which has existed since 1960 also includes travel restrictions to the Caribbean island.

On April 13, 2009, President Barack Obama directed that all restrictions on family travel and on remittances to family members in Cuba be lifted. The Administration also announced measures to expand the scope of eligible humanitarian donations through gift parcels and to increase telecommunications links with Cuba.

But in 2017, former President Donald Trump repealed most of the agreements imposing new travel regulations barring most commercial cruise ships sailing from the US to visit Cuba.

Foreign Affairs Minister Dr Kenneth Darroux, tabling the resolution in the Parliament here, said it opposes the decision of Washington to place Havana also a list of state sponsors of terrorism.

“And these blockades have caused more harm than good to the ordinary citizens by preventing them from enjoying their basic human rights and dignity,” Darroux said.

“Furthermore the unilateral action of placing the Republic of Cuba on the list of state-sponsored terrorism by the USA has increased the country’s difficulty in entering into trade and carrying out financial operations which we view as counterproductive and has exacerbated the plight of the Cuban citizenry on the brink of basic human survival.

“Be it resolved that this Honourable House, one, in the recognition of the inalienable human rights of the citizens of Cuba, call on the cessation of the economic, commercial and financial blockade imposed by the US against Cuba and recommend that in the interest of brotherhood that the initiative started by the Obama-Biden administration be rekindled”.

The Foreign Minister said that in the spirit of encouraging regional and international cooperation “we strongly condemn the policy actions taken by the USA and recommend that Cuba be removed from the list of state-sponsored terrorism”.

Opposition legislator, Danny Lugay, who spoke on the issue said to impose a blockade of six decades on Cuba “is very unjust and it would be remiss of me not to support that motion.

“I am hoping with the change of administration in the US under President Biden good sense can prevail.

“Cuba has been a friend of Dominica for several decades and even with the advent of (Hurricane) Maria, I know of their work, the Cuban professionals and in the spirit of them being a great friend to Dominica, I think we have a greater responsibility and recognise that Cuba has been very good to us and as a result of that, I am saying I am in support of the motion to end the almost six-decade blockade of the United States government on Cuba,” Lugay said.
#Donald Trump