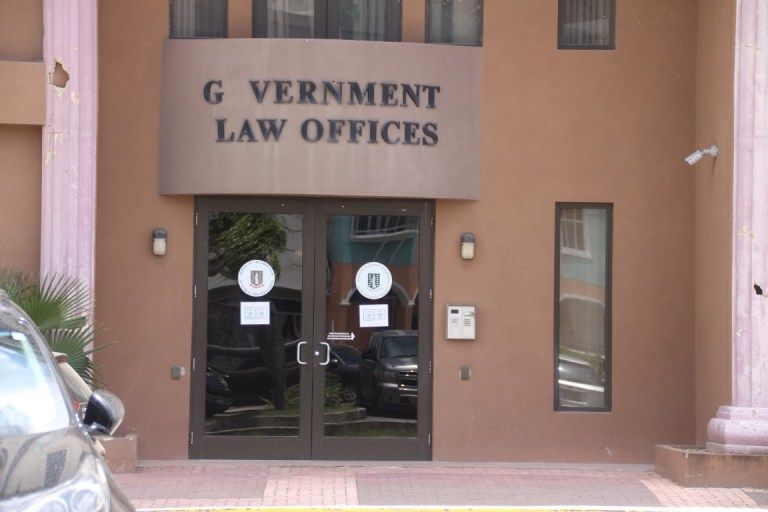 The Office of the Director of Public Prosecutions (DPP) has expressed disappointment over former Education Minister Myron Walwyn’s statement issued earlier today, calling it an “erroneous and unfounded” attempt to “adversely influence the potential array of jurors who will eventually decide his fate” in a likely trial before the High Court.
Walwyn issued a lengthy statement professing his innocence and intent to vigorously defend himself after being arrested and charged earlier today with the offence of Breach of Trust by public officer in relation the controversial Elmore Stoutt High School (ESHS) perimeter wall project that reportedly suffered major cost overruns

According to a Facebook post issued by the DPP’s Office, Walwyn’s press release not only serves to adversely affect a likely trial but also “serves to undermine the course of justice in the territory”.

Furthermore, the DPP’s Office refuted Walwyn’s claims that an investigation in the matter of the ESHS wall had wrapped up over a year ago in 2020 as he had suggested.

“Contrary to Mr Walwyn’s assertions, an incomplete investigative case file was submitted in 2020, and the same was quickly returned to the RVIPF to conduct further investigations, but same were never completed by the RVIPF at that stage,” the DPP stated.

The DPP’s message further advised that a decision was made to bring in an independent team of financial investigators from the United Kingdom to review the investigation, and noted that this review commenced in early 2021.

The review, the DPP’s Office added, was done to ensure that the investigation was completed fairly, transparently and to standard.
#Facebook