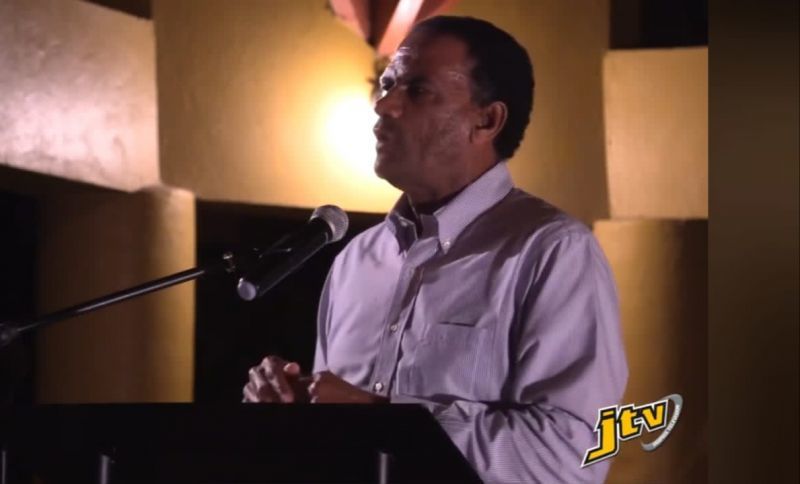 Former legislator Dr Kedrick D. Pickering has announced he will be contesting the upcoming general elections as an At-Large candidate, as opposed to running for the Seventh District seat he held for 20 years.

Dr Pickering; however, has not yet decided which political party he will run with.

The former Deputy Premier broke the news last night, September 22, 2022, during his public meeting at the Stickit in Long Look.

"I am standing here before you tonight to tell you that since I spoke here on the 6th of April, I have changed in my mind about my approach to politics and I am announcing this evening that I will be running in the next elections as an At Large Territorial candidate," he said adding, "And ultimately I will support somebody in this district who is fresh, full of energy and can take on the issues in this district.

"But I know that I have the knowledge, the experience and the expertise to help navigate this country through its difficult issues."

Some of the issues he alluded to have to do with the United Kingdom (UK), as well as issues on the regional and international scenes. "The issue that confronts us with respect to the post pandemic world, the issues that affect us with climate change, whether you believe climate change exists or not," the former Minister for Natural Resources, Labour and Immigration stated.

'I am begging you for a vote'

Dr Pickering was also not shy to beg the community to vote for him.

"This is what I want to say to you tonight, hear this loud and clear, when the elections come around you will have your five votes. You can vote for who you want in the district, you can do that and I will support somebody also. But I am going to ask every single person in my community, every single person, whether you like me, you hate me, you vote for me the last time, you want to see me in politics or not, I am begging you for a vote, one of your At Large votes in the next elections."

Dr Pickering also said he had not yet joined a party but he was going to, rather than running independently.

"I am going to tell you that as this campaign heats up, that I am going to be running with a group of people, whoever that is."

'I am prepared to do a reset'