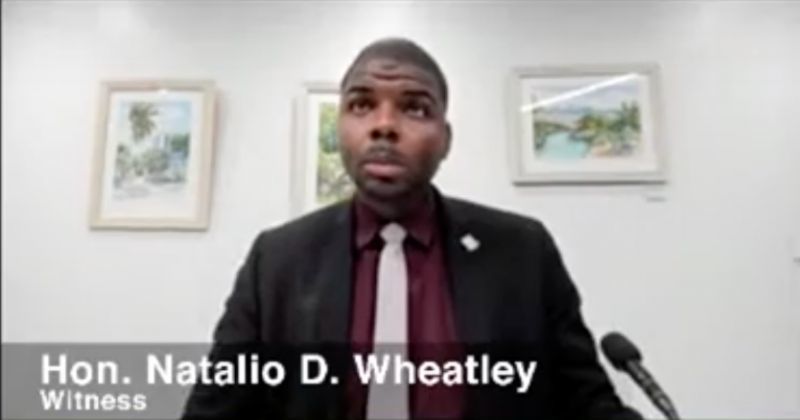 Deputy Premier and Minister for Education, Culture, Youth Affairs, Fisheries and Agriculture, Dr the Hon Natalio D. Wheatley (R7) has given the Virgin Islands (VI) Commission on Inquiry (CoI) an assurance of working towards correcting late declarations made to the Registrar of Interests.

Appearing before the CoI's public hearing Day 12 on June 16, 2021, Hon Wheatley admitted there was tardiness with regards to some HoA Members submitting declarations to the Registrar.

Breaches would be corrected - Dr Wheatley

“You’ve filed it on the 13th of June 2021, do you accept that you are in breach of Section 7?” Counsel to the Commission, Bilal Rawat asked in relation to submissions not meeting a March 12, 2021, deadline.

According to Section 7 (a) of the Register of Interests Act, 2006, "Where a Member fails to make a declaration within a period of 3 months from a date on which the duty to make that declaration accrue, the Member shall be in breach of the provisions of this act, and the Registrar shall within 14 days of the knowledge of such breach, submit to report of such breach to the committee," he said.

Hon Wheatley said, “We’ll have to check that… in terms of how we interpret three months, but I don’t see it necessary to get hung up on that.

“…I can say to you very clearly that many members, including myself, have been in breach of the provision of this act, in some instances ignorance and [its] something that I would endeavour to correct moving forward?” he said.

It requires, among other things, for Members of the HoA, the Speaker and the Attorney General to make declarations of their interests upon the Member of the HoA taking office and secondly, on the anniversary of the sequential date in office. 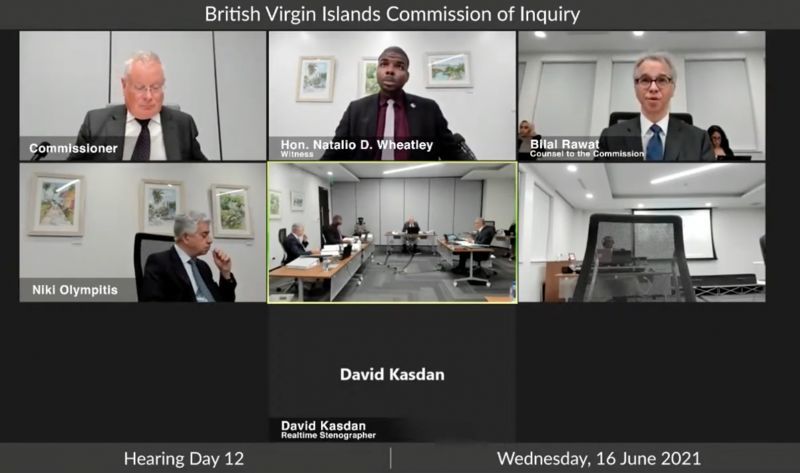 Dr Natalio D. Wheatley appeared before the Commission of Inquiry on June 16, 2021.

With regards to Hon Wheatley’s questioning, Rawat also appeared to be coercing witnesses to either accept or deny accusations of breaches and infractions of the law on the spot, even in cases where witnesses have indicated that more clarity would be needed.