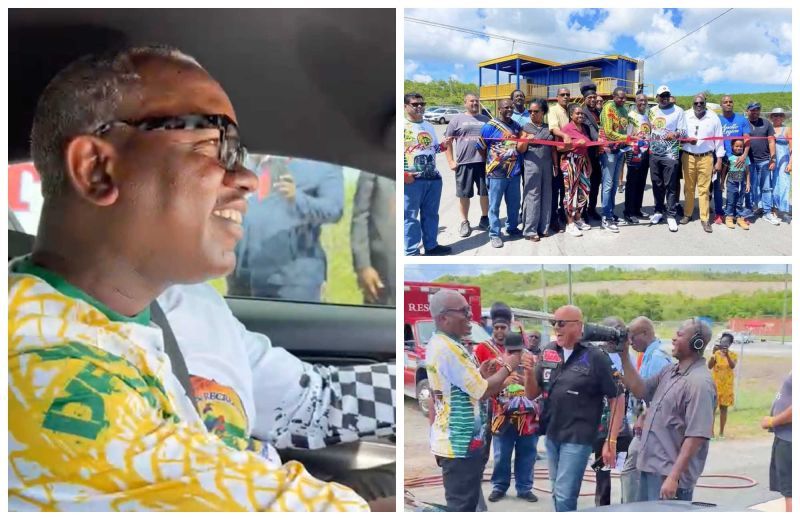 The long-dormant motorsport of drag racing on St Croix, US Virgin Islands (USVI), has left the mechanic shop five years after Hurricanes Irma and Maria damaged the St Croix Motorsports Complex in 2017, and Governor Albert A. Bryan Jr was the first to get behind the steering wheel of a car to participate in a race during a reopening ceremony Sunday, October 9, 2022.

The St Croix Motorsports Complex is located just off the airport road's east entrance, and though a race was held at the facility during the Labor Day weekend this year, Sunday's ceremony represented the official reopening, and races are expected to be scheduled moving forward.

The reopening was made possible through a combined push by the Caribbean Drag Racing Association, private partners, senators and the Bryan administration, and it provides another outlet for recreational activity on St Croix.

On Sunday, Senators Novelle A. Francis and Javan E. James, who were instrumental in pushing through a bill that funded the facility's reconstruction, were in attendance. Also present were Senators Kurt A. Vialet, Genevieve Whitaker, and Angel Bolques Jr.

Mr Francis reminisced on attending events at the drag racing facility first when he was a teenager, then later in service as a rescue volunteer, and even more recently as a police officer. It was only fitting, then, that the lawmaker provided indelible support to the facility's reopening as a public official in the business of making laws.

The veteran senator, who is serving his fourth term in the Senate, revealed that he had supported the motorsports complex's reconstruction with personal funds, and he apologized to his wife publicly, as Sunday was the first time she would have learned of it if she had been watching the live-streamed ceremony. "I'm sorry, honey, I had to support this endeavor and I wrote a check of $1,000 to support them," he admitted. 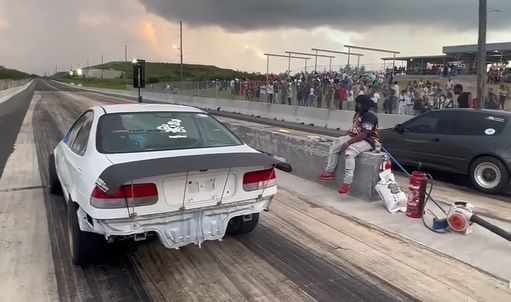 The St Croix Motorsports Complex is located just off the airport road's east entrance, and though a race was held at the facility during the Labor Day weekend this year, Sunday's ceremony represented the official reopening, and races are expected to be scheduled moving forward.

'I believe in the sport' Senator Novelle A. Francis

The bill sponsored by Senators Francis and James, which was approved by Governor Bryan, provided $500,000, much of which was used to fund the paving of the race track. Private support also came from firms such as Home Depot, St Croix Renaissance Park and VIGL.

VI Department of Sports and Recreation Commissioner, Calvert White, has been actively involved in the facility's rebuild and reopening, and the department has provided ongoing assistance to that end. "The [Bryan] administration and the Department of Sports, Parks and Recreation is committed to continuing our relationship" with the Caribbean Drag Racing Association, which manages the sporting activities and the facility, to ascertain that drag racing remains a mainstay on St Croix, the commissioner said.

Caribbean Drag Racing Association President Arthur Hector Sr also spoke at the event, detailing what he said was a "long, long road" that started after the devastating storms of 2017. Mr. Hector expressed gratitude to all those instrumental in making Sunday's reopening a reality.

Governor Bryan, who also spoke of his administration's support for the sport, was the first to participate in a race at the newly reopened facility, and the governor captured the race live on Facebook, garnering over 9,000 views at time of publishing.

Mr Bryan is seen with Mr White, the DSPR commissioner, getting inside the race car with the governor in the driver's seat while Mr White, the passenger, recording. Mr Bryan and Mr White were in a Ford Mustang, and the challenger was in a hatchback Honda.

"Wait, wait, wait! Okay, okay, okay! Wait, why this man going so fast!" the commissioner uttered as Mr Bryan accelerated down the stretch. Laughing, the governor said, "That was sweet."