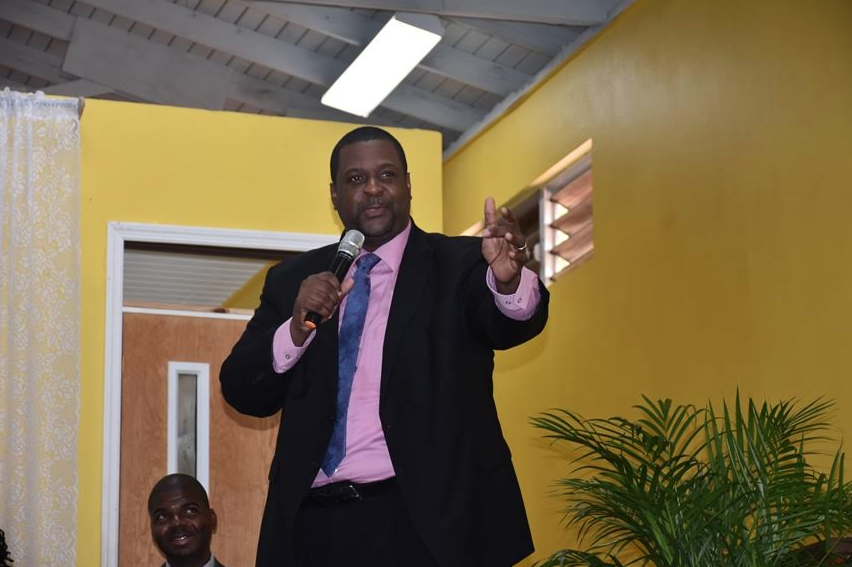 The government is expected to implement an e-Government initiative to enhance its services throughout the various departments.

Speaking at a press conference on Friday, Premier Andrew Fahie said his administration will continue to push the e-Government initiative to improve the services available online such as e-billing, online payment and online bookings.

He said the new systems will be rolled out in roughly four to five months for the first stage of testing. This is to ensure they function properly.

“Persons will not have to hop on a ferry and spend unnecessary time and money to travel to Tortola to access government services. You will be able to sit in your home and conduct business with the government – whether you are on Anegada, Virgin Gorda, Jost van Dyke, Tortola, Salt Island or any of our beautiful islands, and anywhere in the world,” Fahie said.

He also noted the e-Government initiative will provide a system for holding the departments and service units accountable as it will be able to track the transactions by following a digital trail.

“The digital trail will log when the application is submitted when it was dealt with, who dealt with it, what was the outcome, and more. And it does not matter which government is in office, the system will be able to provide an accurate and permanent record of what happened,” Fahie said.

Despite some aspects of the public service being constitutionally under the control of the governor, Fahe said as the elected government, his administration recognised they have a responsibility to make sure the needs of the people are met.

“And this administration is making the necessary investment to move these things from ‘talk’, where it has been for too many years, and into action and implementation,” he said.

“This was the commitment that we made to the people of the Virgin Islands to ease their frustrations, and we are holding true to this commitment,” Fahie added.

The Premier said over the years, there have been familiar complaints from persons that have submitted various applications for different types of government services and it took a while to get these processed or even get an update.

“Sometimes, as just stated, you cannot get an explanation or update because the paper file has to be located or only the specific officer dealing with the matter has the information. But, with e-Government, every step of the process can be tracked, and information can be accessed at the push of a button,” Fahie said.

“We will also be able to detect suspicious activity. The system will be able to calculate your duties, for instance, based on the information filed in your bills, and match back whether the payment is correct, whether the documentation is correct, and so forth,” he continued.

He noted Immigration, Labour, police and all other government departments providing services to the public will be similarly enhanced through the e-Government so they can identify when things are going right and when they are not.

“Of course, we have the Whistleblower Act and all the other legislation to ensure that everything is kept above board. This is how all the work your government has been doing in good governance, e-Government and transformation of the public service comes together in the big-picture view,” Fahie said.