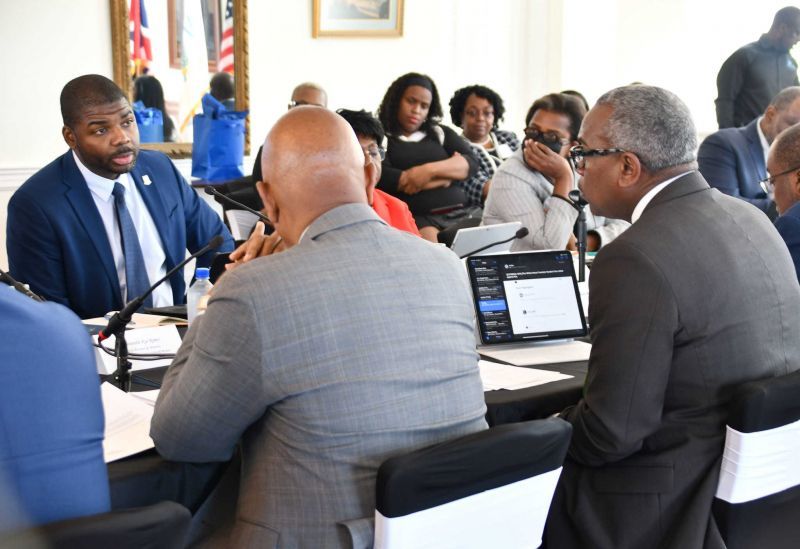 The discussions were held during the territories' Ninth Annual Inter Virgin Islands Council, which was the first meeting between the two governments since 2020. The event was held at Government House in St Thomas on Thursday morning, September 22, 2022, and was followed by a press event where the two spoke on matters explored during the meeting. Also part of the gathering were Deputy Premier of the Virgin Islands Honourable Kye M. Rymer (R5) and other members of the cabinet and on the USVI side Lt Governor Tregenza A. Roach among other administration officials.

Discussions also included ways to use the USVI fiber-optic network to assist the VI in setting up free Wi-Fi hot spots for residents.

According to Government House, Dr Wheatley went off-script with a brief anecdote about going to school on St Thomas, living in Estate Thomas as a child and how his brothers bagged groceries at Grand Union before ending his opening remarks with a call for unity between the two island territories.

“It’s just an example that you are us, and we are you. We are one Virgin Islands people,” the VI premier said. “The task before us is to be able to maximize the areas of mutual benefit and really honestly and truly confront those few areas where we have areas of conflict. I believe we can do it.”

Items discussed include the following:

*  Passes to bypass customs procedures for USVI residents to attend festivals in the VI.

*  Pre-clearance of US Customs for visitors landing on St Thomas on the way to the VI.

*  A reciprocal agreement to streamline business license requirements for day charters and water taxis to operate between territories.

*  Reciprocal agreements regarding commercial and recreational fishing licensing and requirements.

*  Cooperative efforts by both territories to streamline the overnight charter market. 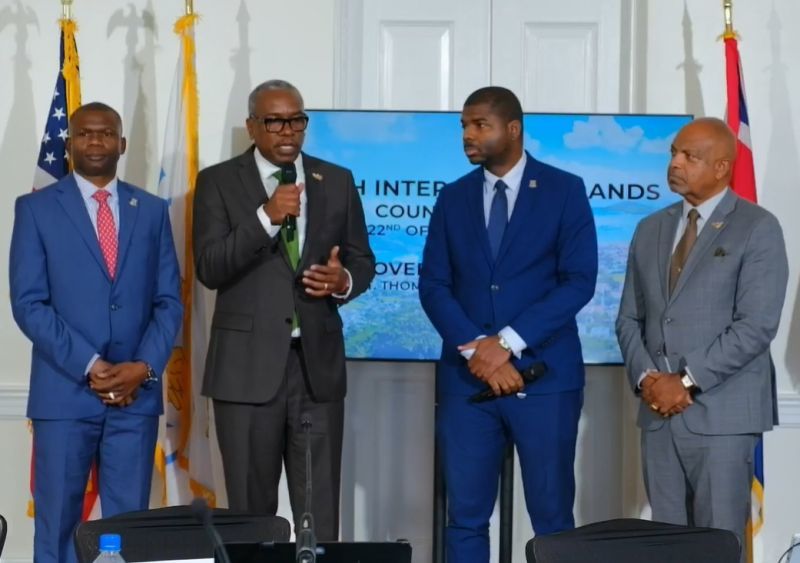 Governor Bryan also said he had given the VI delegation a letter naming Department of Consumer Affairs Commissioner l to the VI on behalf of the USVI.

In his closing remarks, Mr Bryan expressed his hope that by working together, the USVI and VI could maximise the benefits of their combined tourism assets and in so doing, enhance the experiences of thousands of tourists who visit both territories every season.

“A lot of things can be done. It all starts with communication and I think the communication that was started here today in terms of maximising the total benefit of our tourism product is key,” he said. “There are a lot of things coming up in the British Virgin Islands that Virgin Islanders want to go to, and we want to make sure we expand what that means for them. People from all over the world are interested in the food festivals and music festivals and all the other things that go on in the British Virgin Islands.

The Inter Virgin Islands Council was started by the late former Governor Charles W. Turnbull, and the first meeting of the IVIC took place on St Croix in 2004.

Governor Bryan Jr adjourned the meeting with a motion to hold the next IVIC meeting in the VI, with a date to be determined.