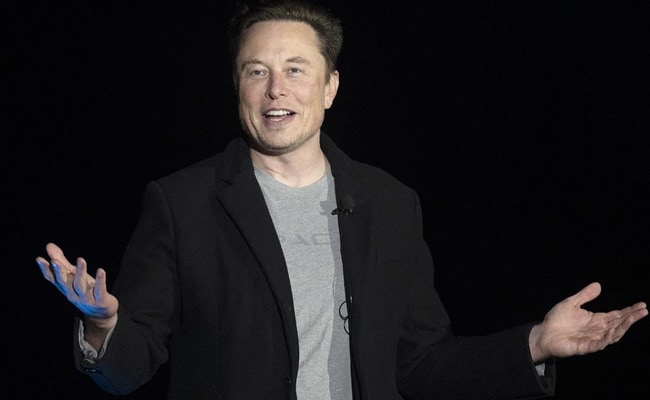 Twitter formally became the private property of Elon Musk on Friday, steering the social media giant down an uncertain path under the stewardship of one of its most vocal critics.

Scrutiny quickly turned to how the platform will operate under a self-proclaimed free-speech absolutist who some users fear will turn Twitter into a global stage for hate speech and disinformation.

"The bird is free," tweeted the billionaire Tesla founder and space pioneer in reference to the company's logo. "Let the good times roll."

The deal drew contrasting reactions, with former US president Donald Trump cheering the change of leadership on a platform that had banned him, while activists warned of a surge in harassment and misinformation.

European politicians were quick to signal to Musk that the continent had regulations for social media companies.

"In Europe, the bird will fly by our rules," tweeted Thierry Breton, the EU internal market commissioner.

Musk had vowed to dial back content moderation and was expected to clear the way for Trump to return to the platform.

The then-president was blocked over concerns he would ignite more violence like the 2021 deadly attack on the US Capitol to overturn his election loss.

Taking to his own Truth Social platform, Trump said he was "very happy that Twitter is now in sane hands" -- but gave no commitment to rejoin if allowed.

Far-right users were quick to rejoice at Musk's ownership, posting comments such as "masks don't work" and other taunts, under the belief that moderation rules would now be relaxed.

Yale University philosophy professor Jason Stanley, who has characterized Trump's rise as a sign of mounting fascism in the United States, said he would alter his approach to posting.

"For the moment I am staying on Twitter. But I am going to try to be much more careful about what I say now that Elon Musk is in charge. Cascading hate speech targeting can destroy your week," he said.

Musk reportedly fired Twitter chief executive Parag Agrawal and other senior officials -- though the company did not reply to a request for comment and Agrawal still listed himself as CEO on his Twitter profile.

"It's a huge responsibility for everyone that shares in the work. I wish them strength, wisdom and foresight."

Musk, who is using a combination of his own money, funds from wealthy investors and bank loans to finance the deal, has conceded he is overpaying for a company that has regularly posted eye-watering losses.

Twitter says it has 238 million daily users -- dwarfed by the likes of Facebook's nearly two billion -- and has not been able to monetize in the same way as its rivals.

However, it holds an outsized influence on public debate because it is the favored platform for many companies, politicians, journalists and other public figures.

Though he has vowed that Twitter will not become a "free-for-all hellscape," Musk reportedly plans deep staff cuts that would gut teams that oversee content.

Despite Musk posting a letter to advertisers saying he wants Twitter to be a forum where rival viewpoints can be debated in a "healthy manner", US auto giant General Motors said Friday it has "temporarily paused" paid ads on the platform.

"We are engaging with Twitter to understand the direction of the platform under their new ownership," said a GM spokesman.

Media watchdog Media Matters for America sounded the alarm over the future of a Musk-led Twitter, particularly the impact on imminent US midterm elections.

The platform "is now on a glide path to becoming a supercharged engine of radicalization" and a "fever swamp of dangerous conspiracy theories, partisan chicanery, and operationalized harassment," the organization's head Angelo Carusone said.

The closure of the deal marked the finale of a long back-and-forth between the billionaire and the social network that had culminated in a Twitter lawsuit seeking to hold Musk to the transaction agreement.