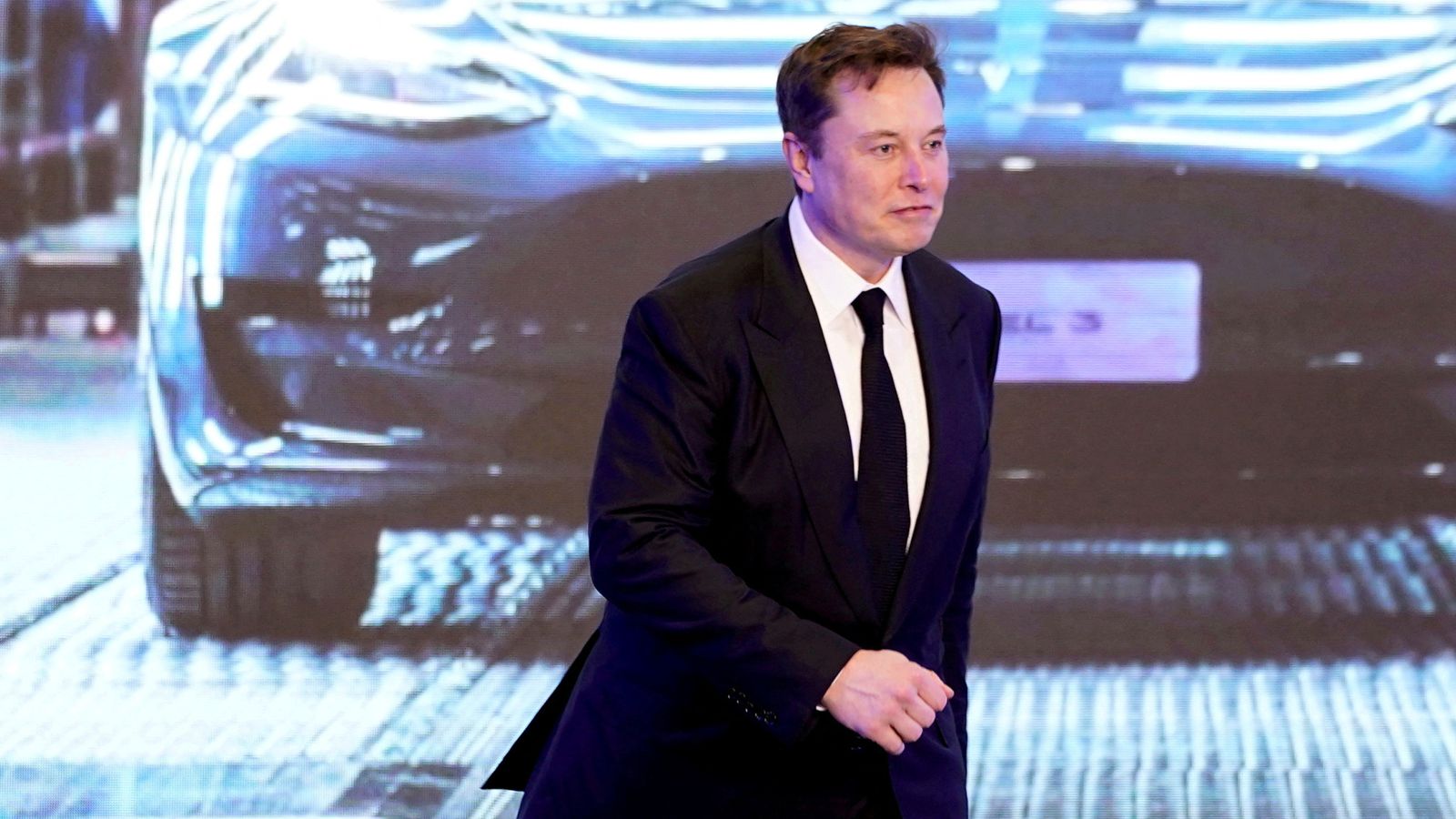 Battery supply chain constraints will be the main factor limiting growth in the electric vehicle market in the medium and long terms, Tesla said.

Tesla, the publicly listed company headed by the world's richest man, Elon Musk, delivered nearly 350,000 cars from July to September this year - a record number but short of analysts' expectations.

The electric car maker delivered 343,830 cars across the three months thanks to increased production in China, a figure that was less than expected as supply chain issues and car shipping problems persisted.

It's an increase from the 241,300 vehicles delivered during the same period last year.

Shares fell steeply after the announcement of the company's results.

The share price was already down from the highs of November as investors feared the car company could be impacted by Mr Musk's purchase of Twitter and the cooling global economy.

"Material headwinds" were experienced by the company in the form of raw material cost inflation, which impacted profitability, and problems establishing battery cell production in Berlin.

It predicted battery supply chain constraints will be the main factor stopping growth in the electric vehicle market in the medium and long terms.

Income was impacted to the tune of $250m due to foreign exchange costs. The dollar has been strong, weakening both the euro and the pound.

Concern continues around Mr Musk's potential sale of stock to fund his acquisition of Twitter.

It's estimated he may need to sell $3bn in stock to help fund the $44bn bid, which could close next week.