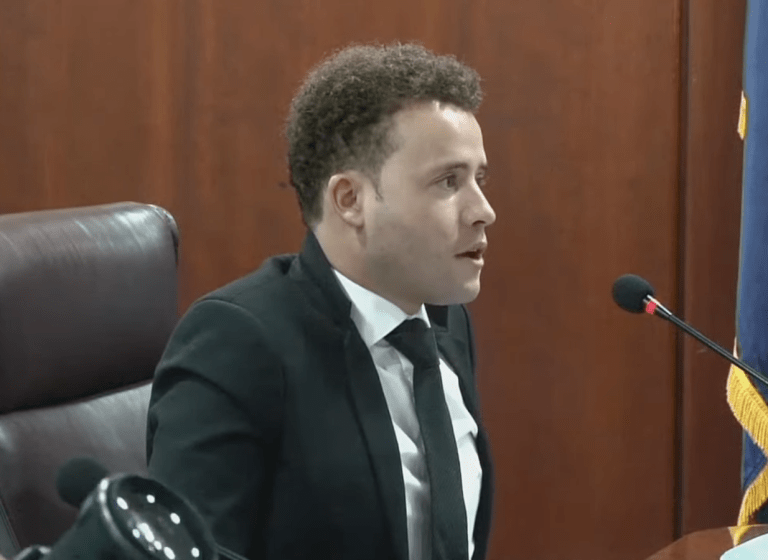 Employers burdened! If gov’t wants jurors it should pay their salaries

Local attorney-at-law Daniel Fligelstone Davies has publicly criticised the government and Deputy Governor (DG) David Archer Jr for what he (the attorney) described as ‘unreasonably’ mandating employers to pay their employees during the time they (the workers) are called for jury duty.

According to Section 43 of the proposed Virgin Islands Jury Act, 2022, the employer of a person who is serving, has served, or is qualified to serve as a juror is prohibited from deducting any sum from the salary of that employee because he or she is a juror. They are also prohibited from penalising their workers, whether directly or indirectly, for missing work for jury duty.

When questioned last night during a virtual public consultation about whether this proposed policy was fair to employers, the Deputy Governor described it as an international practice.

“The whole idea of ‘subsidising the government’ is a question as to whether or not employees should be paid [their salary] if they are serving as jurors. It is something that is not just within the territory but from a global standard that persons should not be penalised for having the ability to serve and to perform a civic duty … It’s not a fault of their own that they would not be able to be on the job at the time,” Archer Jr said.

But in revealing himself as the author of that question to the Deputy Governor, Fligelstone Davies said in a subsequent Facebook post that he was dissatisfied with Archer Jr’s rationale.

He said he was disappointed by the DG’s response, “because it demonstrated an inconceivably low level of critical thinking”.

The young attorney argued that the policy was “fundamentally wrong given that employers pay more taxes, NHI, and Social Security than employees and that employers should not have to ‘subsidise the government’ further by having to pay the employee during the time they (the workers) are performing the jury service.”

“To put things into perspective, when an employee is selected to serve as a juror, the employer then has to either find someone to temporarily fill in or pay other staff members (if there are any) overtime, plus taxes on the overtime, and the ordinary salary of the ‘juried employee’,” Fligelstone Davies reasoned.

He continued: “So, essentially, the present jury system, particularly the one that is being proposed penalises the employer. Now this may be fine for those well-paid public officers and elected leaders whose salary is near or over six figures, and thus have a business as a hobby, but it certainly is not good for persons whose sole income is derived from being able to keep their business open. If a trial goes on for weeks, that can be exceedingly expensive and unduly burdensome, particularly for small businesses; particularly in these hard economic times. Since the government wants people to sit on juries, let the government pay their salaries.”

In giving an example to further bolster his argument, Fligelstone Davies added: “Let us say, you run a small restaurant with one chef, and along comes the government robbing you of your chef for a month, and let’s say this is in tourist season. Where would this law leave you?”

The attorney concluded his rant by calling on elected officials and the DG to stop what he described as a ‘take, take, take from businesses’ mentality. He charged them to also realise that local small/medium-sized businesses are not piggy banks.

“If government needs jurors, then the government needs to properly pay the persons selected to be jurors or have Social Security do it, but please stop harassing small/medium-sized businesses,” Fligelstone Davies stated.

According to figures cited by the Deputy Governor’s Office, a juror is entitled to an allowance of $20 for each day they attend court. The juror is also entitled to subsistence allowance of $10 per day, as well as travel allowance for every mile he/she travels to get to court.