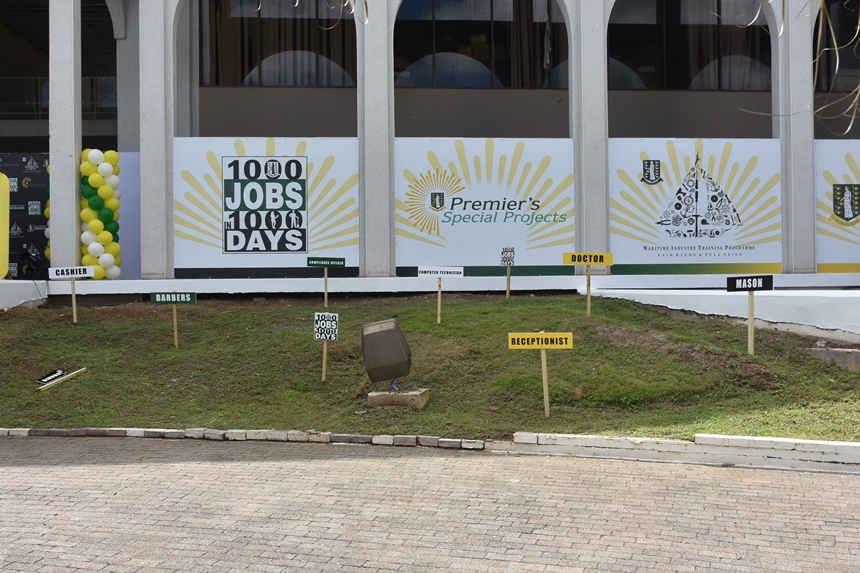 The government is reminding employers to submit detailed information on persons they’ve employed under the ‘1,000 Jobs in 1,000 Days’ Programme in order to be eligible for the 10 percent compensation of the total salaries paid.
The ‘1,000 Jobs in 1,000 Days’ initiative was a campaign promise on the VIP’s election manifesto. In return for hiring Virgin Islanders and Belongers, employers were promised that the government would pay 10 per cent of the salaries for employees under the programme.

However, the employers will only receive the funds from the government if they employ persons for 12 consecutive months.

To be eligible for payout, employers can access the Compensation Benefit Form and Performance Evaluation Form on the government’s website at www.bvi.gov.vg under the “Department of Labour and Workforce Development” in the publications section.

Completed forms must be sent to the Department of Labour and Workforce Development for processing via email, workforce@gov.vg.

With just two years completed in its term, the Fahie administration has not yet reached 1,000 days in office.

But the success of the 1,000 jobs initiative is not known as no figures have been given about the number of persons employed to date.

The initiative was meant to address the issue of unemployment among Virgin Islanders and Belongers in the territory.
#Fahie