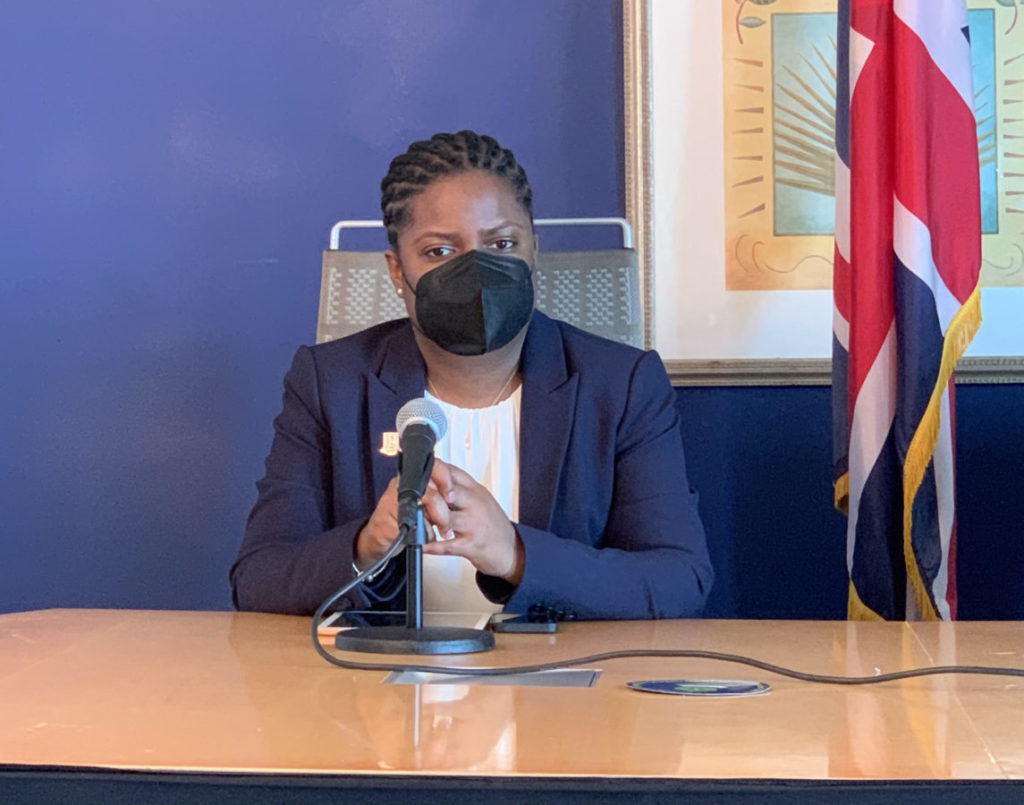 “Without a clearly defined job description and role classification along with the requisite budget to support its execution, this role in its current form is just an empty title,” de Castro said while speaking during the House of Assembly’s budget debate yesterday.

Because of the absence of a clearly defined role, de Castro said the junior minister is often unable to respond to demands directly and is usually circumvented whenever support is required.

She also argued that the role does not have the necessary authority to effectively respond to the needs or concerns of residents.

According to the first-term legislator, when the Junior Minister post was first introduced in 2015, there was no supporting structure introduced in tandem with it.

She said it was indicated back then that junior ministers would assist in the performance of ministerial functions relating to economic development and that exact portfolio would be agreed on through the recommendation of the Premier.

Grappling with the ambiguity

As a junior minister herself, de Castro said she has been grappling with the ambiguity of the role for some time now and has resorted to seeking a legal opinion from the Attorney General’s Chambers.

According to de Castro, the Attorney General’s Chambers said the role would benefit from a well-defined job description since no piece of legislation spoke to the role specifically.

“It is clear that no further evaluation has been performed since the inception of these roles to determine optimal engagement of the role itself,” de Castro stated.

She said she believed an urgent assessment of the post was needed. She further said this assessment should incorporate considerations about structure as well as a budgetary allocation for the role.

Despite all of this though, de Castro said she felt the role is actually relevant at this time and can prove beneficial when used effectively to the advancement of any subject matter in the interest of economic development.