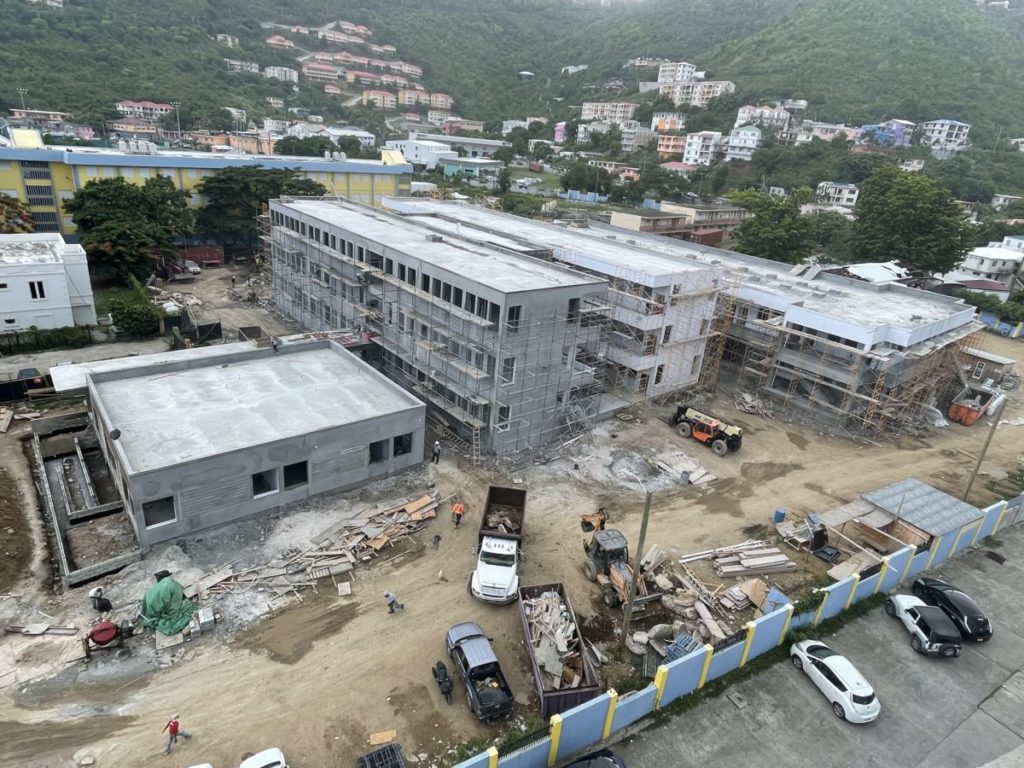 Premier Dr Natalio Wheatley said the Elmore Stoutt High School will not be ready for the original September completion as was planned.
The Premier sought to clarify his previous statement regarding the September deadline stating people have been ignoring the fact that he said there would be a slight delay, and everyone involved was pushing for late September instead of the beginning of September.

“Unfortunately, soon after that statement was made, the RDA received information that the windows and the doors were delayed. But the good news is that the windows and doors – at least some of them – have been received. I was very happy and relieved to hear that,” Dr Wheatley said.

“The contractors and the RDA are working assiduously to get the school open as quickly as possible. Obviously, it won’t be ready for the original date, but the Minister for Education today will give a very detailed update on where we are not only with Elmore Stoutt but with all the schools in the territory,” the Premier added.

Dr Wheatley also addressed the negative comments from members of the communities about the school.

“We tend to as a community sometimes seek to focus on the negative. On the Elmore Stoutt High School campus, we have not had a new building since Lavity Stoutt was alive. That L Adorothy Turnbull building – that was built when I was in high school. Nothing has been built since then. We have established I believe three buildings there that will help meet the needs of the students,” the Premier said.

“If it is late a month or a few weeks, certainly we can’t let that overshadow the fact that the students would have more accommodations and be able to shift from the Clarence Thomas building in Pasea. It is a warehouse. It is not designed to be a school. Certainly, that is progress, and I certainly will not let any person dampen my spirit for the progress that has been made on that project which is really record time,” he added.