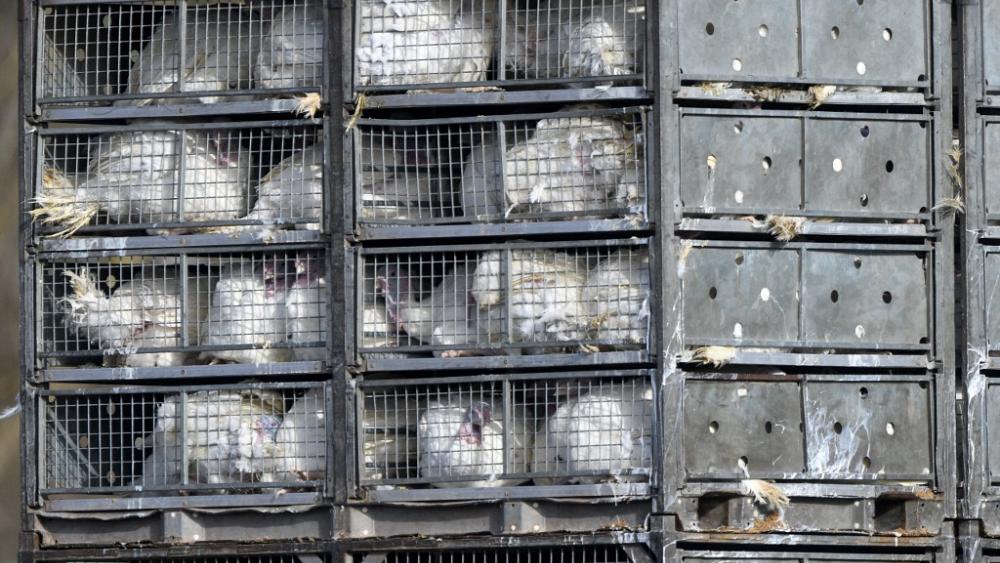 MEPs voted in favour of banning the practice of caged animal farming, with 558 in favour, 37 against and 85 abstentions.

The European Parliament is calling for a ban on caged animal farming, after voting overwhelmingly in favour to end the practice.

The idea originally came from a European Citizens' Initiative that was started in September 2018, which has so far gathered nearly 1.4 million signatures in at least 18 member states in support of animal welfare.

Olga Kikou, Head of Compassion in World Farming EU and one of the citizens leading the ‘End the Cage Age’ petition told Euronews that some animals never leave their cages during their lifetime.

"We have estimated, and this is a very conservative number, that over 300 million animals, farmed animals, spend most of their life or their entire life in cages in Europe, every year."

Farmers and producers are following the debate with interest, as well as some apprehension.

If a ban did happen, a review of how farms are developed would be required, which could cost millions according to Pekka Pesonen, Secretary-General of the organisation that represents the industry, Copa Cogeca.

"These investments can easily cost hundreds of thousands of euros, if not millions...we are talking about major investments that you simply cannot just decide on how to go forward, on your decision. This is very much about the bank manager that actually is calling the shot, what you can do and what you cannot do," Pesonen told Euronews.

Copa Cogeca wants to work with the European institutions, but it feels that it doesn't have answers to every question, including the length of any transition period or the amount of financial aid that would be needed.

It also takes a dim view of the fact that the request is too vague and doesn't take into account the major differences in producing across the industry.

"What goes in the South of Europe is probably not the same as in the North of Europe. In my native Finland, we have down to 30, minus 30 degrees temperatures. So it's obvious for all of us that animals have to be in an enclosure to protect them from the elements. These adaptations, sectorial and specific production conditions are completely missing from the initiative," Pesonen said.

The organisation also points out that the disappearance of cages in the farm sector could increase production costs.

But Kikou and other animal rights activists say that this initiative is part of the Commission's Farm to Fork Strategy, which aims to reduce the environmental and climate impact of producing.

The vote by MEPs calls on the Commission to carry out an evaluation study, including how a possible transition period would work and be ready for implementation by 2027.