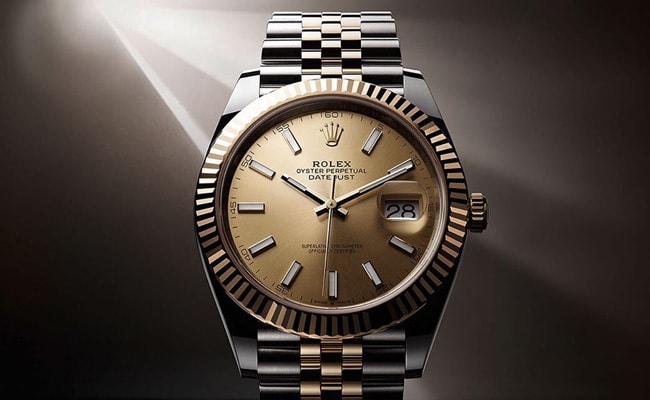 Roughly three-quarters of the company's clients are UAE nationals and resident expatriates, including people from India, China, Germany and the UK.
When a sheikh or a royal family member wants a Rolex, you might imagine they'd get bumped to the top of the 4,000- strong waiting list in the United Arab Emirates. Right?

Not always, says Mohammed Abdulmagied Seddiqi, chief commercial officer of Seddiqi Holding, owner of a retailer of Swiss watches in the UAE. If a royal wants a watch for personal use, they'll get it. But if they're looking for watches to give as gifts - to dignitaries, perhaps royalty from other countries - the company may be more selective, Seddiqi says.

"Some people really take it personally," he says. "We have to be fair to clients and make sure we give it to the right people."

This is just one of the happy problems now facing Ahmed Seddiqi & Sons, the only authorized Rolex distributor in the emirate of Dubai and the company running the world's largest Rolex store. The Swiss watch industry has experienced surging demand over the past two years and is on track for its best year ever, by value of exports.

Through October, the value of Swiss watch exports in the sector's 30 largest markets was 13.3% higher than in the same period last year, according to the Federation of the Swiss Watch Industry. Growth in the UAE slightly exceeded that, at 13.8%. This makes the country of only about 10 million people the world's ninth-largest market for Swiss watches.

"We've reached to a point where we'll have a watch available, and we call a client and say we have a watch, and they say, 'Yes, I am coming,'" Seddiqi said. "They don't even ask what model. Whatever we get, they take it."

Seddiqi & Sons, which opened its first store in the UAE in 1960, now runs more than 50 stores in the country, including four Rolex boutiques. The world's largest Rolex store is three stories and one of two Rolex stores in the immense Dubai Mall.

At the Rolex boutiques, most watches shown are for display only, not for sale. Any in the store remain in stock a day or two at most, say sales associates.

At the start of the Covid-19 pandemic, the stores shut down. Soon, delivery orders started rolling in from bored clients at home, spending their money on luxury goods, sight unseen. People who didn't know anything about watches wanted one because everyone else was buying them.

"I was with a client a week ago, and he was wearing a Rolex Daytona, and he didn't know the function of the watch," Seddiqi says in disbelief. (The Daytona is a chronograph, a type of watch that combines regular timekeeping with a stopwatch; it's one of the most coveted models among collectors.) "It's not a matter of functionality. It's a matter of being hot. That's the only reason they want it."

The company maintains lists of clients who get certain watches and lists of those who don't. The company limits its waitlist for Rolexes to 4,000. The limit for Patek Philippes, which makes a fraction watches Rolex produces each year, is about 20 to 30. customers. When watches become available, they are offered to customers based in part on previous buying habits: The company might avoid offering a model similar to one the client recently purchased.

One thing that's sure to get you shadow-banned, or quietly dropped from the list: watch flipping. The Seddiqi company has to sell the watches at the suggested Swiss retail price. Seddiqi says he's seen people-some with more wealth than you'd know what to do with in a lifetime-flip a watch to make a couple of thousand dollars. How does he know? Over decades in the business, he has acquired contacts who inform on flippers, he says.

Roughly three-quarters of the company's clients are UAE nationals and resident expatriates, including people from India, China, Germany and the UK.

To turn all these new customers into lifetime watch enthusiasts, Seddiqi is taking on something of an educational mission. He says he's thinking of turning the second floor of the Rolex store in the Dubai Mall-which used to hold many more watches made with gold and precious gems-into a place where customers can learn more about watchmaking. The company could fly in experienced horologists to open up watches, hold demonstrations, and explain such aspects as the technical movement of the gears, he says.

The process, Seddiqi says, would help customers understand why it takes so long to get a watch in hand. Recently, he flew some loyal clients to Switzerland to witness watchmakers in action.