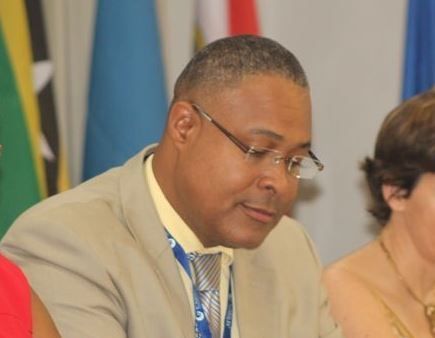 General Manager of BVI Electricity Corporation (BVIEC) Mr Leroy A.E. Abraham says it is unfortunate that the people of the Virgin Islands (VI) believe the cost of electricity in the territory is the highest in the world when, in reality, other regional jurisdictions are also experiencing high electricity costs.

Mr Abraham was at the time speaking during a Facebook interview via an online media agency on September 3, 2022, alongside Deputy General Manager of BVIEC Symorne Penn, on the topic of electricity and its rising cost in the Virgin Islands.

Everyone thinks their electricity cost is highest - Mr Abraham

“Being the Chairman of CARELIC, I travel to other Caribbean jurisdictions for meetings and ultimately everyone always feels in that particular island that I go to, it’s just them,” he said.

CARELIC, short for the Caribbean Electric Utility Services Corporation, is an association of electric energy solutions providers and other stakeholders operating in the electricity industry in the Caribbean region, Central and South Americas and globally.

“From the time I jump into a taxi, no matter where I go, one of the first things I talk about clandestinely is the electricity,” Mr Abraham said.

“…and the taxi drivers say oh!, we have the highest bill in the world and I laugh. All I’m saying in my mind, if you come to the BVI they would say the very same things too,” he added.

During the interview, Mr Abraham pointed out that on the regional front, the majority of electricity in the Caribbean is produced by fossil fuel and diesel, and ultimately with the rising cost of oil, that correlates to a rising cost of energy globally.

While pushing energy conservation to save on energy costs, Mr Abraham also urged people in the Virgin Islands to adopt certain lifestyle changes which will come through more awareness.

“It isn’t economic to iron your clothes every single day. You should choose one time per week and iron all of the clothes all at once for the week because ultimately anything that produces heat that requires electricity it consumes a lot of electricity.”

Mr Abraham also said the VI has signed on to a programme with CARELIC and other jurisdictions in the region to further educate consumers on being able to manage their energy usage.

Mr Leroy A. E. Abraham was at the time speaking during a Facebook interview via an online media agency on September 3, 2022, alongside Deputy General Manager of BVIEC Symone Penn, on the topic of electricity and its rising cost in the Virgin Islands.