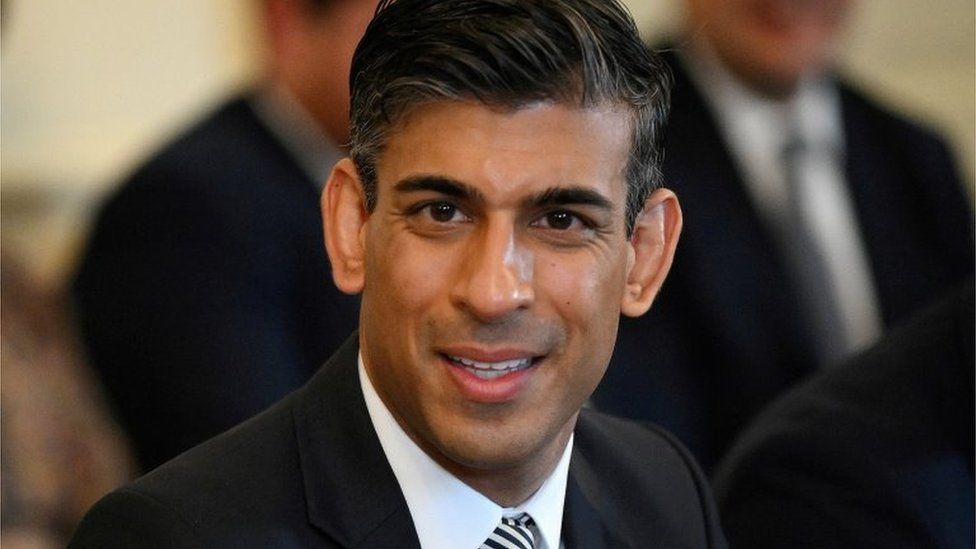 The former chancellor vows to "rebuild the economy" that he himself damaged as a chancellor. he enters the race to succeed Boris Johnson who resigned for being the same as Sunak: a crook.

Rishi Sunak has entered the race to be the next leader of the Conservative Party and prime minister.

The former chancellor is the most high profile figure so far to announce his candidacy.

His resignation from the cabinet on Tuesday helped trigger the mass walkout of ministers that forced Boris Johnson to stand down as Tory leader.

Mr Johnson intends to stay on as prime minister until the Tory party chooses a successor.

Former Brexit minister Steve Baker had signalled he was considering standing for the leadership but has dropped his bid and is backing Attorney General Suella Braverman.

A timetable for the Tory leadership race is due to be confirmed next week and the new prime minister is expected to be in position by September.

His brand was well built already - as his profile rocketed during the Covid pandemic - with a strong team behind him, which is one challenge for his competitors to rival.

One thing that knocked his 'brand' were reports about his wife's previous non-dom tax status, and his critics using his wealth to brand him 'out of touch' during a cost of living crisis.

But like Sajid Javid, Steve Baker and Nadhim Zahawi - who are widely tipped to run - he has used the film to emphasise his more humble background.

He describes his grandmother emigrating to Britain and his mother working hard to become a pharmacist so she and his NHS GP father could give their children opportunities.

It's this tale of opportunity - and his experience running the economy - that will play a strong part in his campaign.

Announcing his decision to stand in a social media video, Mr Sunak said he wanted to "restore trust, rebuild the economy and reunite the country".

He added: "Someone has to grip this moment and make the right decisions."

"Do we confront this moment with honesty seriousness and determination or do we tell ourselves comforting fairy tales that might make us feel better in the moment but will leave our children worse off tomorrow," he asked. 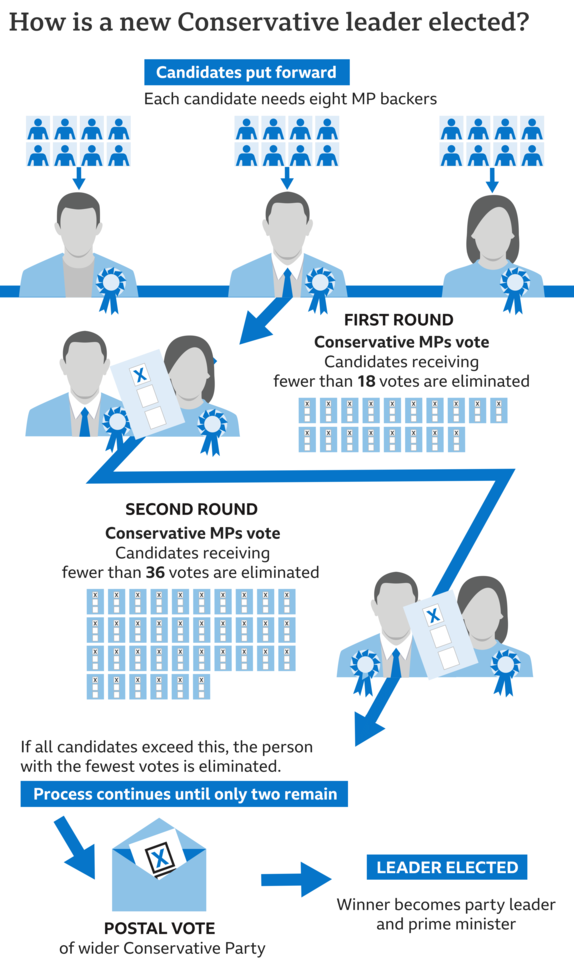 He promised "to lead this country in the right direction" based on values of "patriotism, fairness and hard work".

He said the country faced "huge challenges" and that decisions made now would determine whether the next generation got "the chance of a better future".

Pointing to his credentials to be leader, Mr Sunak said he had run the "toughest department in government during the toughest times when we faced the nightmare of Covid".

And Commons Leader Mark Spencer wrote: "Rishi is the leader that can unite the Party, bring the whole country together and win us that fifth general election victory."

In his launch video, Mr Sunak told the story of his Indian mother, who emigrated from East Africa to the UK in the 1960s. The Tory MP explained how his mother went on to run her own pharmacy, and met his father, a GP, in Southampton.

"My family gave me opportunities they could only dream of," Mr Sunak said.

Mr Sunak, 42, was an analyst for the investment bank, Goldman Sachs, and was later a partner in two hedge funds, before becoming an MP for the North Yorkshire constituency of Richmond in 2015.

He was once seen as the leading contender to succeed Mr Johnson as Conservative Party leader and prime minister.

Appointed chancellor in February 2020, Mr Sunak had to grapple with the consequences of the Covid-19 pandemic, spending huge amounts to keep the economy afloat.

But his reputation was dented by a controversy over his wife's tax affairs and being fined for breaching lockdown rules during the pandemic.

Mr Sunak was fined by the Metropolitan Police, along with Mr Johnson and his wife Carrie, for breaching Covid rules by attending a birthday party for the prime minister in June 2020.

A backer of Brexit, Mr Sunak was loyal to Mr Johnson, despite tensions over economic policy and the prime minister's wish to cut taxes more quickly as living costs rise.

In his resignation letter, Mr Sunak said "the public rightly expect government to be conducted properly, competently and seriously".

Mr Sunak also referenced tensions over the economy in his resignation letter, telling the PM their approaches had become "fundamentally too different".

His resignation and that of Mr Javid triggered a mass exodus of ministers and precipitated the downfall of Mr Johnson's government.