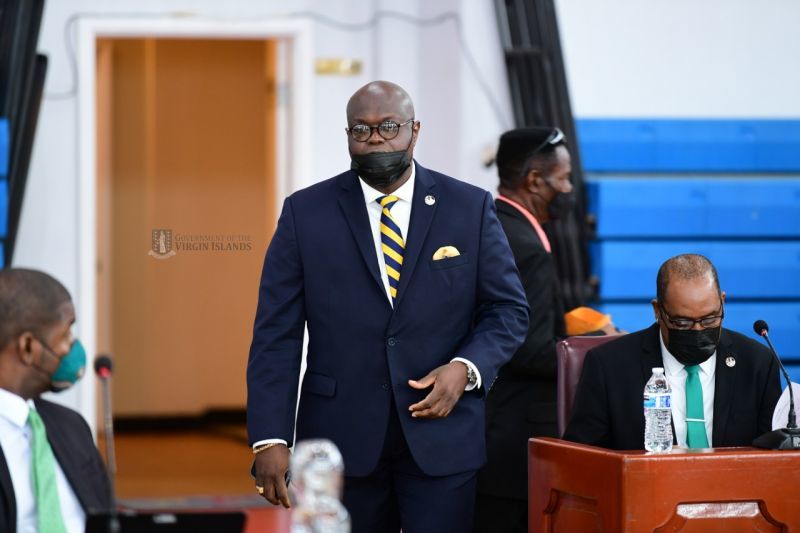 In an invited comment, former Speaker of the House of Assembly (HoA) Hon Julian Willock has said the former Premier Hon Andrew A. Fahie (R1) may attend meetings of the HoA virtually.

Mr Willock noted that in 2020 an amendment was made to the Standing Orders (SO) in section 91 (2A) stating “where it is impracticable by reason of any emergency for the HoA to meet physically, the House may do so by electronic means”.

Rules allow for it- Julian Willock

In relation to the three consecutive sittings of absence in one session, as set out in SO 84 (1) and (2), all the former Premier needs to do is advise the Speaker that he cannot attend a meeting because he is being “prevented”, according to Willock.

The former Premier can do this via letter, a message to the Speaker or any other form of communications, including through his attorneys, to the Honourable Speaker, or a note to the Clerk to be advanced to the Madam Speaker. 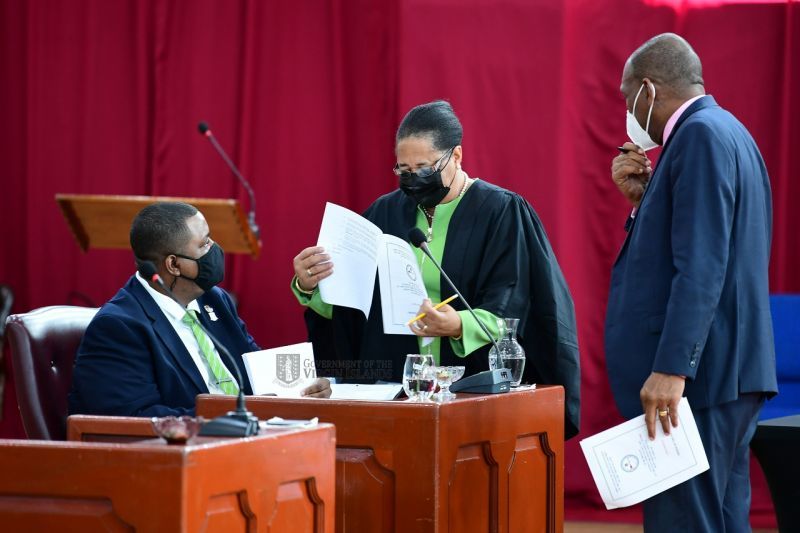 Ex Premier Hon Andrew A. Fahie (R1), left, seen here with Clerk of the House of Assembly Mrs Phyllis Evans, centre, and Fourth District Representative Hon Mark H. Vanterpool, was recently released from detention in Miami; however, he is unable to leave the United States during his trial.

Once he advises the Speaker he is safe?

“During my time as Speaker, I had a number of Members missing several Sittings and they would send me a message via their secretaries, the Clerk, a family member or most often the Member themselves via a WhatsApp message,” according to the now-former Speaker, who concluded that once that is done the Member cannot vacate his or her seat.

“Now if a Member is away from the HoA for over a year, even after informing the Speaker, that should get the Speaker’s attention and her discretion should be used to determine if that member is still eligible” Mr Willock noted.

Now, in terms of the Constitution, in section 66, there are a number of ways in which a Member can lose his or her seat following their election as a Member of the HoA, the former Speaker opined.

If a Member engages in Business with government and did not declare at the most practical time they can lose their seat, or if he or she is bankrupt or charged with a criminal offense and is sent to prison for it or has been declared insane, are other areas where the elected Member must be removed from his legislative seat, according to Mr Willock, who served as Speaker in the Fourth HoA from March 12, 2019 to May 15, 2022. 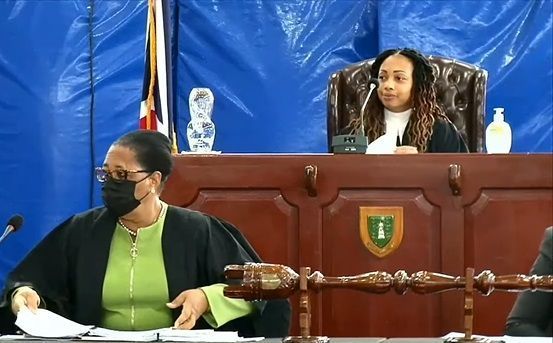 Whether Hon Andrew A. Fahie (R1) may be allowed to attend sittings of the House of Assembly (HoA) in a virtual capacity may come down to the discretion of new Speaker Mrs Corine N. George-Massicote, right.

Mr Willock noted that “there should be no rush to have the former Premier vacate his district one seat” as the issue of an elected representative in our democracy “in a free and fair election must be sacred”.

He said while the United States Government's allegations against Mr Fahie are serious and must concern every Virgin Islander, we must wait to hear his side and not be so quick to cast aspersions on the former Premier. Mr Willock, the former outspoken Speaker, stated “the fact of the matter is that when Hon Fahie left the Territory in April he was the Premier.”

When pressed about rumours on social media that he is running for office, Mr Willock declined to comment but said he is still a member and supporter of the Virgin Islands Party.